The Olympic debut of professional climbing

With so much uncertainty surrounding the Tokyo Olympics, It’s been a tough time for the athletes and Kai Harada is no exception. The 22-year old qualified last December for what will be the first ever games to include climbing, but it has been hard to prepare for—both from a physical and mental perspective. 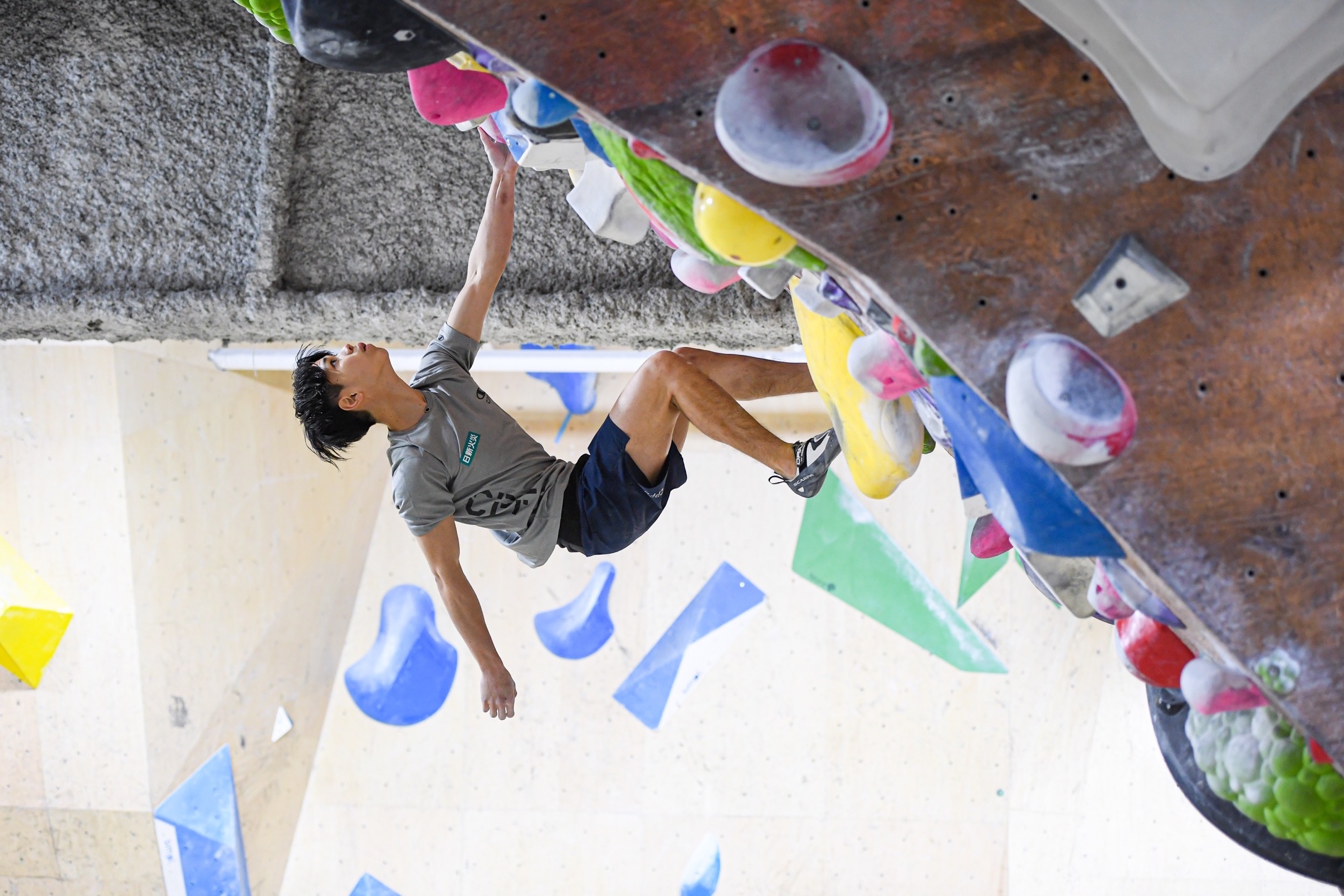 The Men’s Climbing Competition begins at Aomi Urban Sports Park in Tokyo on August 2, with the final on August 4 ̶ the women’s event takes place on August 3 and 5.

“Like most athletes, I couldn’t train as I wanted last year due to the coronavirus,” Harada tells Metropolis. “Many climbing gyms were closed so no matter what I did, I never felt fulfilled. To be honest, it was the hardest season of my life as a climber, as I’m sure it was for everyone else. It made me realize how much I enjoyed participating in tournaments. It’s about being part of something, not just getting good results. Unfortunately, some competitions have been canceled this year, but climbing gyms have been open so I’ve been able to practice a lot more.”

Harada’s first experience in a climbing gym was when he was just ten years old. There happened to be one near his house in Osaka, so his mother decided to take him. He remembers having to be dragged in as he was initially reluctant to join. His feelings soon started to change, however, as he made his way up the wall. He ended up staying there until closing time and then returned the following morning.

“At first, I climbed just for fun,” recalls Harada. “I wasn’t aiming to enter competitions or anything, I just wanted to climb higher each time. As it was only a hobby, I was able to participate in other sports such as track and field. Gradually, that started to change and my life began to revolve around climbing. The reason I was so keen to continue going to the gym was because of the relationships I formed with other climbers. They would teach me different techniques and courses, treating me not as a child but as a fellow climber. I was able to enjoy it that much more as a result.” 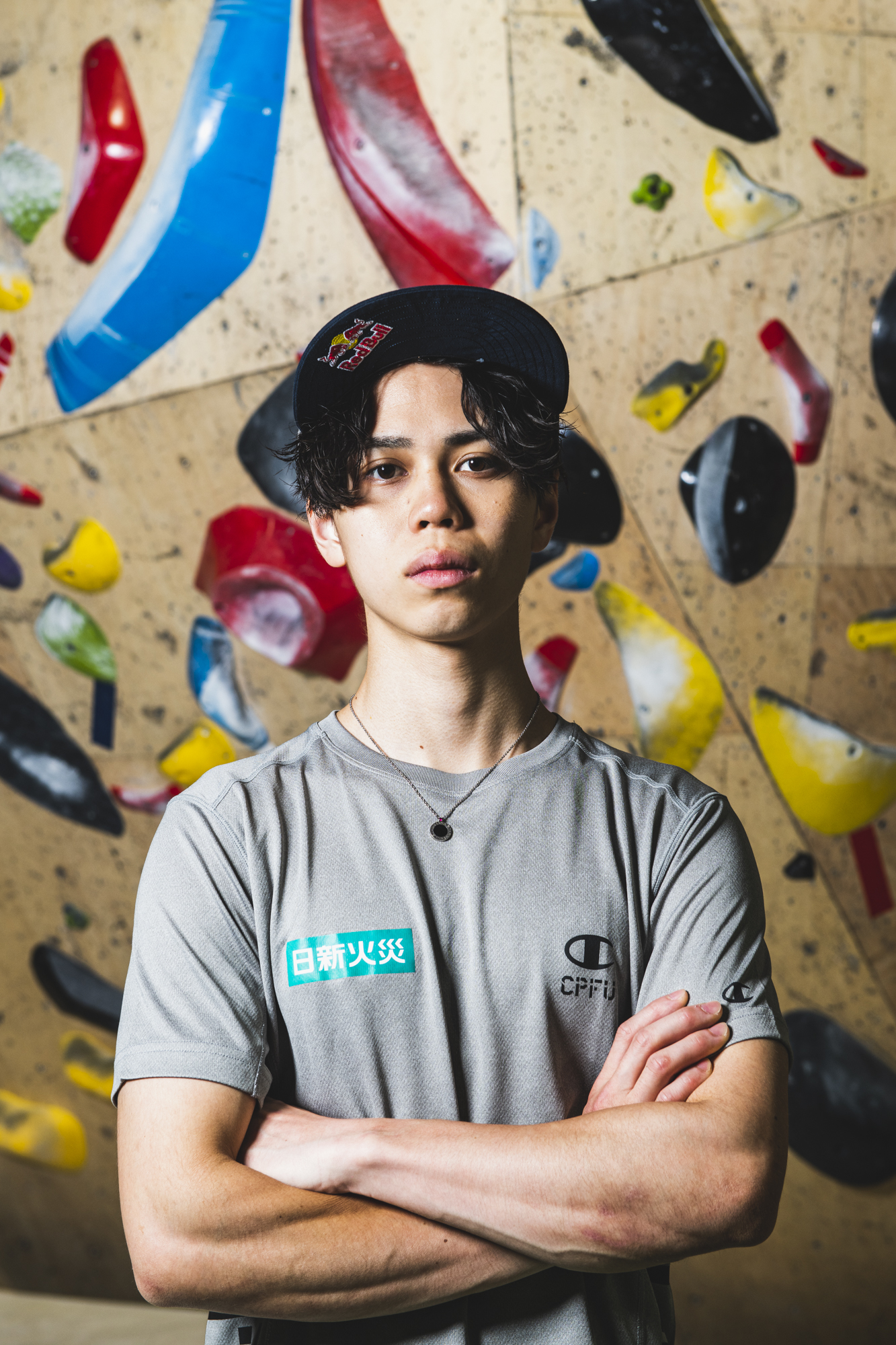 At just 22 years old, Harada is one of the rising stars in the next generation of Japanese professional climbers.

What started out as a pleasurable pastime eventually became more serious as Harada continued to improve. It was soon clear that he had a real talent for climbing. By his mid-teens, Harada began participating in international competitions and made an immediate impression. At the 2015 World Youth Championships in Acro, Italy, he finished runner-up in the Youth A Bouldering event. The following year, he won a gold medal in the same discipline at the Climbing Asian Youth Championships in Tehran, Iran, while also picking up a silver medal in the lead event.

“When I began participating in tournaments, I didn’t feel nervous,” remembers Harada. “Again, it was just about having fun. I honestly wasn’t aware of these competitions until a friend suggested I enter one. I didn’t watch professional events, so I didn’t have a favorite climber or anything. It was just about trying to work out the ideal climb in my head. As long as I was happy, it didn’t matter where I finished. Even now, I don’t really feel tense when performing in competitions.”

After showing great promise in junior tournaments, Harada was soon showing he had the potential to join the cream of the crop at senior level. His greatest triumph to date came in the Austrian city of Innsbruck in 2018, when he upset the odds to claim the top prize in the bouldering competition at the Climbing World Championships. 150 athletes took part, including the then reigning champion Tomoa Narasaki and the World Cup seasonal winner Jernej Kruder. Both failed to make the final, leaving Harada to battle it out for top spot with Korea’s Jongwon Chon and Slovenia’s Gregor Vezonik.

“I couldn’t believe it when I won,” says Harada. “From the bottom of my heart, I was so happy. It only started to sink in when people around me started saying congratulations. My eyes began to water. What pleased me most was the fact that I was able to climb the way I wanted. I had previously worried too much about others and prioritized competing against them. This time, I was able to shut that out. The tactic from the beginning was to focus on myself and that led to victory.”

Now, I must give it everything as a mark of respect for those who haven’t been chosen

The next target for Harada is a gold medal at the Tokyo Olympics. To achieve that, he’ll have to perform well not only in bouldering but also in lead climbing and speed climbing. The decision to combine the three disciplines into one has been criticized by several athletes — including Czech Republic’s Adam Ondra, the only male climber to have won World Championship titles in lead climbing and bouldering in the same year. “The fact that climbing made it to the Olympics is great, but I’m definitely not happy with the format,” he said, before adding that the sport deserves to have three sets of medals. For the 2024 Summer Olympics in Paris, speed climbing will be a separate competition — meaning two sets of medals for each gender.

Ondra will be one of the favorites for gold in Tokyo along with Japan’s Narasaki. Both, though, will be aware of the threat posed by Harada. Securing his spot in the Olympics wasn’t without controversy. The top eight male and female climbers from the 2019 World Championships in Hachioji, Japan, were expected to receive Olympic berths — as long as there were no more than two competitors per gender from one country. Narasaki and Harada qualified in the men’s competition, while Akiyo Noguchi and Miho Nonaka got through as the country’s female representatives. 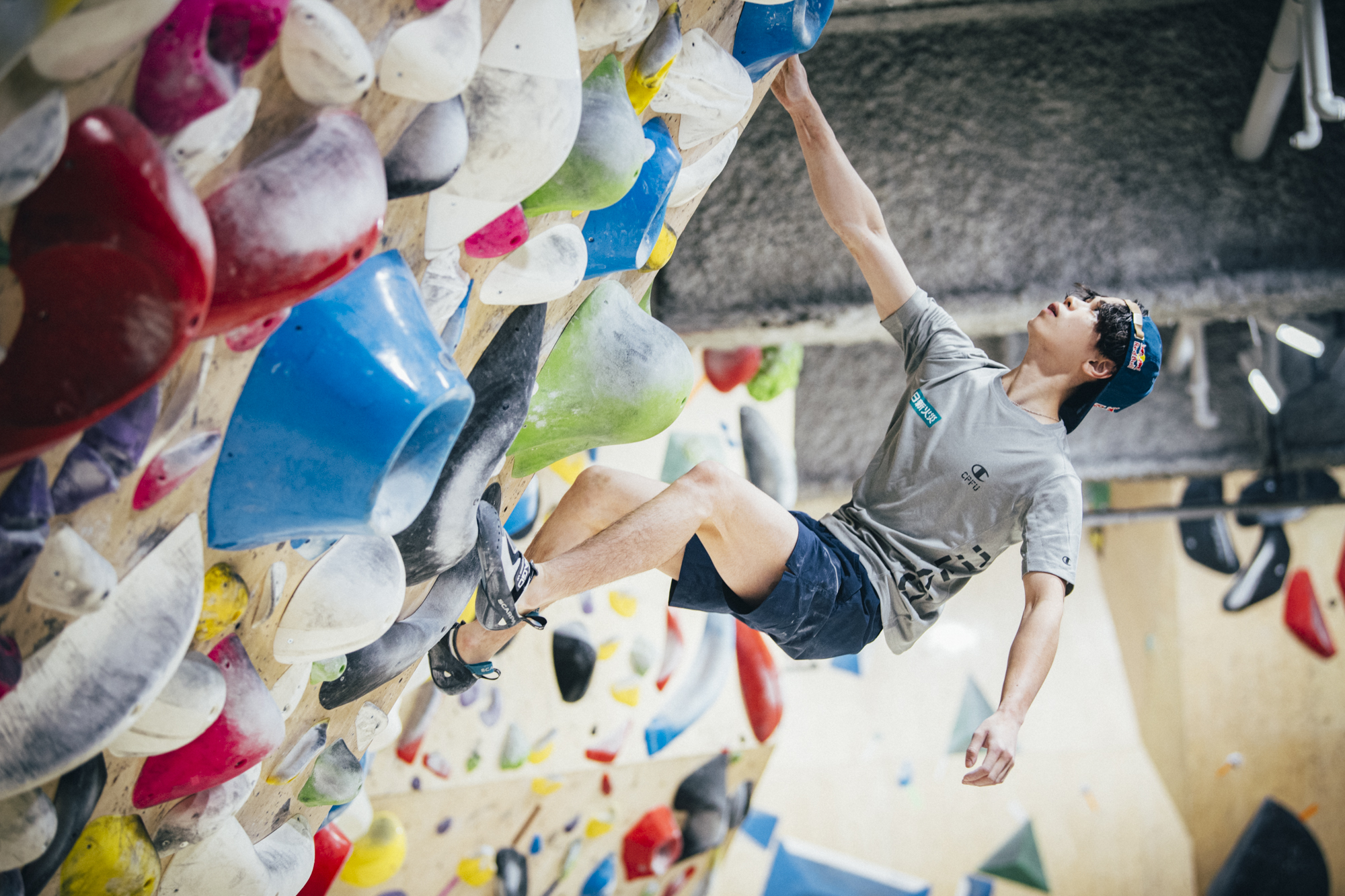 Things weren’t so clear-cut, though. The Japan Mountaineering and Sport Climbing Association (JMSCA) had a different interpretation of the Olympic selection rules. It confirmed Narasaki and Noguchi’s qualification but held off from naming Harada and Nonaka. The Association believed that other Japanese climbers would have an opportunity to stake a claim for a place at the Olympics at a later competition in Toulouse and the Asian Championships (which were eventually canceled).

After being informed that this wasn’t the case, the JMSCA decided to file a lawsuit against the International Federation of Sport Climbing (IFSC). Fortunately for Harada, the case was rejected by the Court of Arbitration for Sport (CAS). Though frustrated by the way things dragged out, he was naturally relieved with the decision. Now, his mind is fully focused on the main event this summer.

“This will be my first experience at the Olympics so I’m excited to perform,” says Harada. “I’ve been feeling fulfilled at practice recently and have also improved my eating habits to improve my condition. Through training with a personal trainer, I’ve been challenging myself for further growth. Regarding the Olympic selection, there was some trouble and understandably that caused bitterness. Now, I must give it everything as a mark of respect for those who haven’t been chosen. I’ll show my best climbing and set out to get the gold medal.”

Some more stories for sport lovers in Japan: 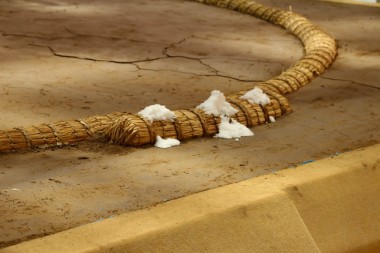 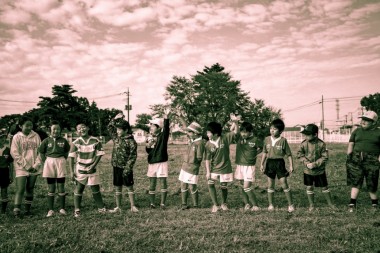 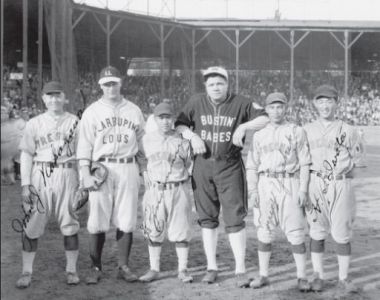 More than ever, Japan grapples with the coronavirus pandemic

Dialogue in the Dark: Totonou