Catching up with Franz Ferdinand

On the new faces and sound coming to Tokyo

Metropolis: The band has added two new members in the past year. How has the addition of Julian and Dino changed/enhanced the Franz Ferdinand sound?

Paul Thomson: We have mutated into a better band, and better human beings — we are more fun to be around and more virile and you’ll hear all of that if you come to a show.

M: You’re based in Glasgow, a city famous for music. Why does a small city like Glasgow consistently produce so much great music?

PT: Because it’s the best? There are many factors: intolerance of bullshit or fakery; the vibrant art community. The bad weather also means it’s more worthwhile staying indoors to make art or music or both. It’s a relatively inexpensive city to live in too, which also helps.

M: Which Glasgow bands (new and old) do you like or respect?

M: You seem to take imagery and artwork very seriously. Do you have total creative control on your album covers and posters, etc…?

PT: Yeah, one of the fun parts of being in a band is the visual identity. Before I could play an instrument I already had logo, type and record sleeve and merchandise designs in mind. With each record we try and change the colour scheme like it’s a new season to reflect what it is we’re trying to say with the music this time. 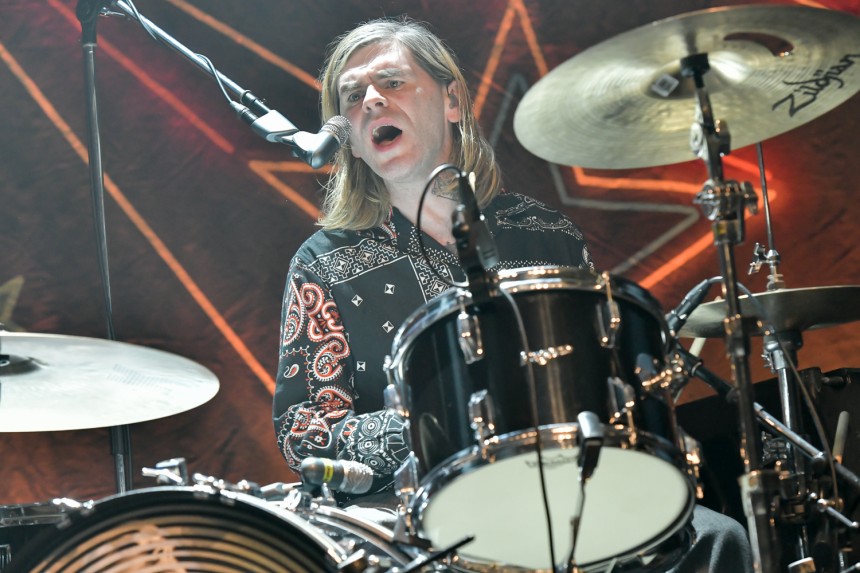 M: How has the band changed over the past decade? In terms of music, who writes the songs and overall sound?

PT: Where it was primarily Alex and Nick it’s now all of us contributing towards songs. The song-y bits come from Alex and Julian; the ideas and concepts are all of us; the beats, mainly me; the arrangements, all of us chip in. That’s where the FF DNA is forged, that’s when a song becomes a Franz Ferdinand song. Dino joined after Always Ascending was recorded so we’re looking forward to making new music with him, as he’s an ace songwriter as well as an incredible guitarist. And handsome, he’s very handsome too.

M: You’ve been to Tokyo and Japan before? Are you fans? What do you like about Tokyo? Do you do anything special when you tour here?

PT: Big fans. I like to get lost in the city at night, climbing staircases in unassuming looking buildings, looking for tiny 5-seater drinking dens at 5am. Tokyo and Osaka by night are like a really intense, vivid acid trip.

M: How about Japanese fans? Do you ever get hounded or asked for or given strange or odd gifts? I remember Stephen McRobbie (The Pastels) said he was chased down the street in Tokyo. It seemed to be a memorable moment for him!

PT: I bet it was. I would pay good money to see Stephen McRobbie chased down a street in Tokyo (Stephen is a good friend, no malice intended). Japanese fans are very unique in their devotion and attention to detail when it comes to knowledge of the band and in their gift bearing. I can’t wait to be chased around a hotel lobby by some of them.

M: Are there any themes or talking points going through the new album Always Ascending? What was the recording process like?

PT: The recording process was great fun from start to finish, our producer Philippe Zdar kept the vibe upbeat, euphoric and boisterous throughout. The conversation was mostly hilarious, he’s a pretty outrageous guy, a born master of ceremonies. Like most people we are very easily drawn into the news feed on our phones and the news cycle of the last few years has been pretty awful and we definitely didn’t want that casting its shadow into an otherwise pretty positive and life affirming body of work.

M: Was the band involved or have any interest in the Scottish independence movement? It seems to have polarized many Scots — do you have any comments about this and the effect Brexit will have on Scotland?

PT: I personally am holding out for a second Brexit referendum, as are many people, as it’s clear the U.K. government have very little in the way of a contingency plan after we leave the EU and a lot of people are very worried about the ramifications.

I’m hoping Scottish independence will happen in my lifetime, whether the remainder of the U.K. stays in the EU or not. 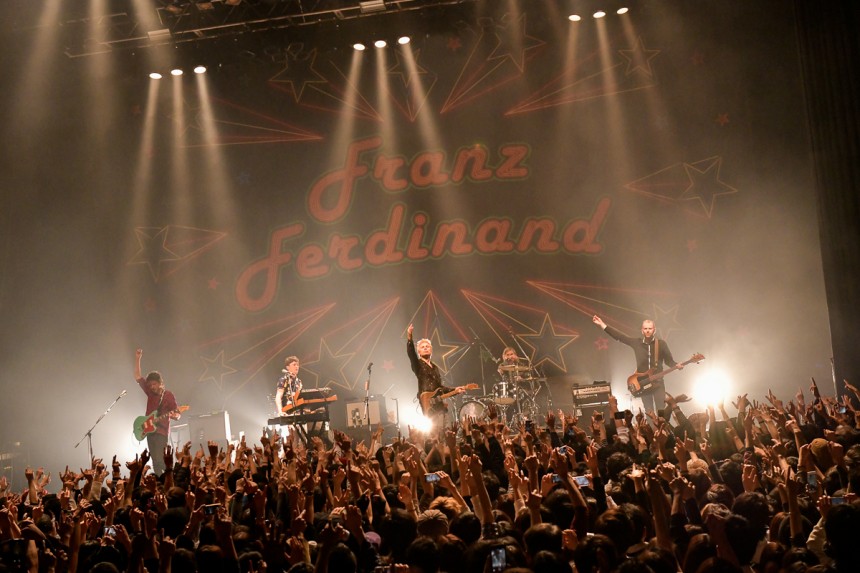 M: What’s it like being on the Domino label? They have such an amazing roster of bands and musicians. Are they supportive of the band and your vision?

PT: 100 percent. I couldn’t imagine working with any other label. They’ve stuck by us and let us put out records whenever we like and they are our friends. We welcome their feedback and they consistently have brilliant and fun ideas.

M: You’re on a world tour. Where are your favorite places to play and why?

PT: The best crowds are in Japan obviously — and Chile; Poland; France; Argentina; Brazil; Montreal another good one. LA. Outdoor venues are still a bit of a novelty to me, I love an amphitheatre. There’s a nice one in Lyon I love playing.

M: Do you have any future plans? Any future EPs, singles or albums being released in the next year?

PT: There will be brilliant new music that will change your life, in either physical or digital form. I would also love to get some of the rarities and b-sides out there, old session tracks, cover versions.

M: Which Franz Ferdinand song do you like playing live the most?

PT: “Finally.” Julian came up with the drum break which then became the chorus part, it’s not something I would come up with, there’s a weird arm crossover when you go to the rack tom that I would never have come up with myself so it still feels fresh to me when we play that song. We’ve also been going through the back catalog and pulling out deep cuts as we’re quite tour hardened and can knock together a version in soundcheck quite quickly to play that evening, so tracks like “Twilight Omens” are popping up in the sets. We get a lot of requests for songs that we’ve never played since they were recorded, so it’s fun to listen to those again and decide if we want to revive them. It’s a new line up so it sounds totally new to us.

M: Where are your favorite places to eat in Tokyo and Glasgow?

PT: Glasgow: Three best restaurants without a doubt are Alchemilla, Crabshakk and Mother India but there are new places opening all the time, the food scene in Glasgow is really starting to blow up, which is about time really.

Tokyo: I am usually in a daze and being led around with no clue of where I am, when in Tokyo, so you’ll have to forgive me for forgetting the names of absolutely every place I’ve ever eaten in Tokyo. In a way this makes the experience of going out to eat more exciting, I’m always open to new experiences and Japan is truly a mindblowing trip and my favorite place to eat in the world, hands down.