Fans of French cinema always have plenty of options around Tokyo and September is no exception. In Un + Une, popular star Jean Dujardin plays a womanizing composer who is scoring a Bollywood adaptation of Romeo and Juliet. Although he is used to dating much younger women, while in India, he falls for a woman closer to his age, with the only problem being that she is the wife of the French ambassador (Christopher Lambert). On from Sep 3 at Bunkamura’s Le Cinema (2-24-1 Dogenzaka, Shibuya-ku; www.bunkamura.co.jp).

Isabelle Huppert leads the ensemble cast in Macadam Stories. The comedy focuses on six characters living in a huge block of flats who find relief from oppressive urban alienation in the form of unlikely encounters. Huppert plays a faded film star who befriends a teenage boy who helps her unpack and Michael Pitt is an American astronaut who enters this strange world when his capsule lands on the roof. On from Sep 3 at Human Trust Cinema Yurakucho (2-7-1 Yurakucho, Chiyoda-ku; www.ht-cinema.com). 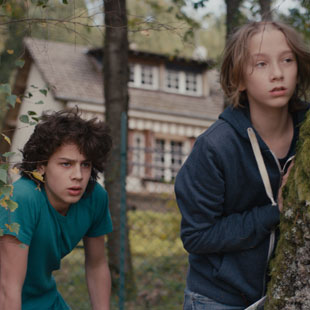 World-renowned filmmaker Michel Gondry returns to his native France for Microbe & Gasoline, a coming-of-age tale about two misfit teenage boys who make a rudimentary vehicle and then decide to make a road trip across France in it. Along the way, of course, they meet any number of oddballs, including Gondry collaborator Audrey Tautou. Starting Sep 10 at Yebisu Garden Cinema (4-20-2 Ebisu, Shibuya-ku; www.unitedcinemas.jp/yebisu)

The French animated film The Red Turtle is actually a co-production with Japan’s Studio Ghibli and mixes the lines of European animation with the technical excellence of anime. The story about a man stranded on an island whose attempts to escape on a raft are thwarted by a sea turtle is told without a single word of dialogue or subtitle. Screening from Sep 17 at Toho Cinemas Roppongi Hills (6-10-2 Roppongi Minato-ku; www.tohotheater.jp).