Welcome to “Subculture,” a new regular feature in Metropolis that explores the depths and heights of the Tokyo underground. Even today, Japan’s subcultures tend to be many people’s first interaction with the country, with Akihabara’s maids and J-pop bands having long replaced geisha and samurai as cultural ambassadors. However, as the internet provided unprecedented access to the Cool Japan generation—whose primitive ancestors had to actually import magazines for a taste of what was happening in the backstreets—it’s still hard to access all areas, with so much of the city’s culture still limited to those actually on the ground. 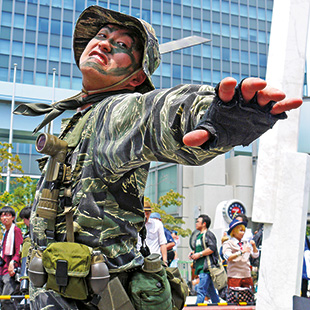 At the same time, there is also a problem of perception. The recent sight of a foreign tourist towing a suitcase through Shinjuku Station in full Naruto cosplay garb is a reminder that what some abroad think is mainstream is actually very much niche. There’s a gulf between being a fan and actively displaying it in Japanese society, with even a poor choice of anime phone strap enough to get one laughed out of a meeting. It’s a disconnect that’s especially difficult to counteract, given the Japanese subcultures’ alliance with increasingly aging youthful rebellion abroad. The reality is that Japan is an incredibly conservative country—albeit one with vibrant subcultures in reaction to the conservative mainstream.

Take for instance the 89th Comic Market, also known as Comiket, scheduled to see off 2015 from December 29 to 31. Held at the iconic venue Tokyo Big Sight, it’s a market in name but really a festival of Japanese subcultures, held twice annually, that can lay claim to being Japan’s biggest public gathering year after year. (Let that sink in for a moment.) The event will see the greatest aggregation of shared interests across its three days, attracting different and disparate people under a common cause. And yet, apart from news stories that will inevitably focus on the labyrinthine queue, it enjoys no real presence in the cultural mainstream—except for the people who flock to it. 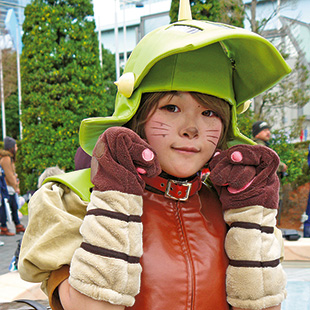 It’s this dynamic that has always defined Japanese subcultures, in that they genuinely are beneath the surface. To be a “real” punk abroad, you need to live the lifestyle, get the tattoos, and preferably be in a state of perpetual tantrum; in Japan, once you’ve washed the spikes out of your hair and bathed away the sweat from the gig, you’re good to go to the office the next day. There are some exceptions, but the focus on temporary appearance and participation allows for the “office lady by day, Lolita fashionista by night” mentality, which seems to provide fertile ground for new subcultures to form. Understandably, going “lifestyle” with a subculture appeals to those who want to opt out altogether, but there’s something nice about knowing the person cosplaying at Comiket might be the same person sharing your morning commute. It binds people together not just in their guilty pleasures, but in their daily lives.

Comiket civilians wanting to see what all the fuss is about should take heed of the guides online, get in line as early as you dare, and be aware that most stalls change daily. That’s how popular a spot it is. While much of the output is amateur comics based on manga and anime properties—many with more adult themes than the original inspiration—most of Japan’s subcultures are well-represented with, for example, military buffs seated next to train nerds. In recent years, craftsmen, amateur designers, and even amateur filmmakers have begun making the event their home, showing that there’s a whole lot more to Comiket than just the comics. Braving the cold outside the main venue, you’ll find more cosplayers who may focus on riffing off of popular anime and manga, but with plenty of diversity and costumes ranging from robotic to historical recreations to the slightly intimidating military-minded.

The sheer numbers and variety are even more remarkable when considering that the people who make this event the institution it is are not getting paid directly. Furthermore, they might be sitting at the desk opposite you come the start of the new year … though they might not admit to it.