The highly popular salad restaurant, CRISP, has opened up a new store in Aoyama and a few members of the Metropolis team were invited to the opening. The previously opened CRISP SALAD WORKS are hard to miss if you frequent the somewhat posher neighborhoods of Tokyo, with stores located in Roppongi, Akasaka, Daikanyama, Hiroo and Ebisu, as well as the flagship in Azabu-juban. This new branch is tucked away in a rather lush alley along Aoyama Dori, just a minute away from Gaienmae Station. Beware, Google Maps is likely to lead you around the wrong way, ignorant of the alleyway in its semi-conscious state. But this alley is an important part of the dining experience, as it’s lined with beautiful, and perhaps faux, fauna that contrasts with the clean and modern look of the Crisp interior. The only pops of color in the store come from the neatly arranged, expansive selection of vegetables and toppings. The army behind the counter make up one impressive production line, moving fast and equipped with tools so efficient that you can expect the same cut for every order, a consistency that would only be good if you like the type of cut. 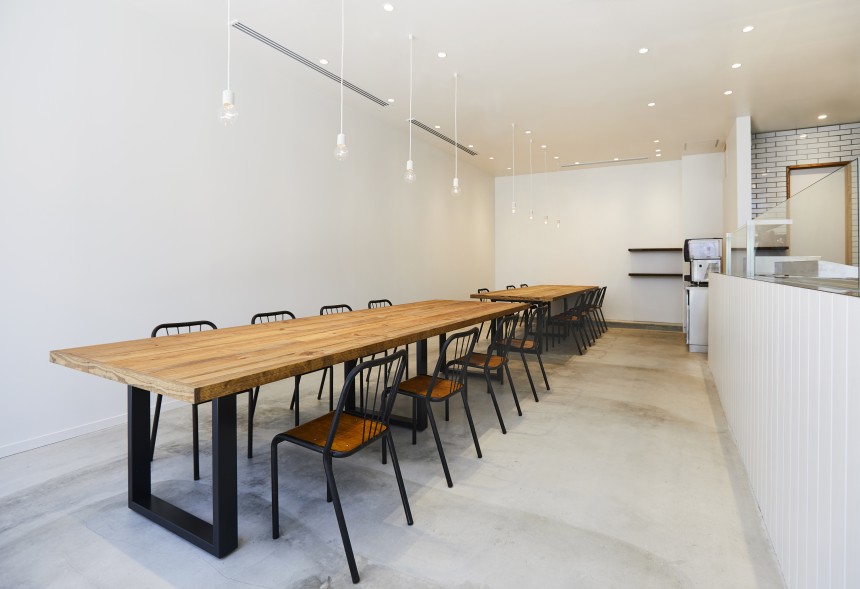 The menu certainly offers a great selection. Our three member team ordered straight from the signature salad menu, but you can of course customize your order, or simply enjoy, as we did, from either the “greens” or “grains” menu. The Cal-Mex is a very popular order, with red onion, grilled chicken and the compulsory avocado, of course. Topped with a Mexican honey vinaigrette, the combination has all the makings of a delicious salad, but we found the dressing to be a little too sweet to complement the grilled chicken and allow the avocado to stand out in its much-deserved (cost-worthy) style. The Spicy Baimai is all about the dressing, which unlike the Cal-Mex dressing is the fiery star of the salad. You’ll find yourself wanting more as you scoop up mouthfuls of the salad in an effort to get just another taste of that creamy sriracha sauce. The salad itself doesn’t fall too far behind on star-points, with cilantro and sunflower seeds adding extra bursts of flavor and crunch to the mix. Our final choice was the Earthy Nutty Crunchy salad, the only vegan option in the signature salads menu. The lack of grilled chicken (the staple of the menu) is made up for with roasted tofu, black beans and delicious grilled corn, as well as walnuts that help boost the nutrition levels of this salad.

Each salad came with neither a fork or spork, but rather a spoon—a useless utensil for salad had the production line army not chopped the contents of the entire bowl into bits no larger than 1 cm². The method evidently removes freshness from the greens incredibly fast, but if you’re in a rush and don’t quite have the time to manoeuvre the tricky leaves of a regular salad, this is the best option for you. Additionally, you can order your meal either at the counter or through a mobile application, a convenience that allows you to run out of the office for a few minutes and come back with a ready-to-spoon-into-your-mouth salad. The portions are large and make up a full meal, with two members of the Metropolis team unable to finish their salads in one sitting. The new branch is definitely worth a look on an empty stomach, particularly for those working in the Aoyama area.