It was the 1960s when Alice Waters returned from a year-long sojourn in Paris to her college town of Berkeley, California — then a tie-dyed epicenter of America’s counterculture movement. To recreate her memories of fresh market produce and idle dinner chats abroad, Waters opened Chez Panisse in 1971, forging the modern farm-to-table movement and forever changing the way Americans perceive and consume food. 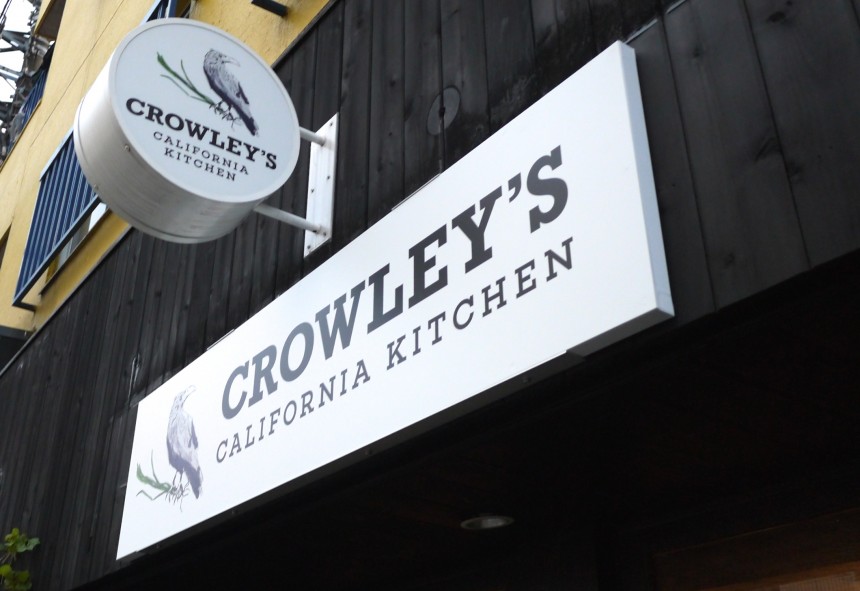 Several blocks beyond Shibuya’s main arteries in Okushibu, Crowley’s California Kitchen is doing for Tokyo what Chez Panisse did for the Golden State in the 70s: making fresh, organic and delicious cuisine a reality for an urban population steeped in a culture of convenience, preservatives and Lawson sandwiches. When owners Jeffery Bischoff and Tamaka Takefushi moved to Japan for their daughter’s education early last year, they brought with them that distinct “food consciousness” native to their longtime homes of Los Angeles and the San Francisco Bay Area.

Crowley’s is the epitome of all things Californian — spacious, sunny and inviting. A glass-paned entrance floods the room with natural light. Several black Shibuya crows are stenciled throughout the space, adding an edgy touch to the warm and minimal interior. Black and white photos of San Franciscan landscapes decorate one wall, while a time-lapse projection of the Golden Gate Bridge plays on another. In the open kitchen is a cabinet filled with bio-natural wines from vineyards in Napa and Sonoma.

In Bischoff’s words, Californian cuisine is “basically American food which uses the best ingredients and the freshest ingredients, simply prepared and simply presented.” Every plate at Crowley’s embodies this philosophy. During lunch, the restaurant is bustling with families, chatty friends and couples enjoying a casual date in the hip neighborhood. The maitake mushroom and shrimp fritters with wasabi aioli are a popular appetizer, and just one example of how Bischoff merges Japanese ingredients with international elements to produce a nutritious, fusion cuisine.

Everything is made from scratch. The owners also make an effort to source locally when possible, so every leaf, grain and fillet that appears on the plate tastes as fresh as it looks. Even the exuberantly greasy and syrup-drenched comfort food known as chicken and waffles transforms into a thoughtfully seasoned and elegantly portioned dish at Crowley’s. Lean slices of chicken are marinated in umami-packed shio koji, yogurt and spices, then fried for a crisp exterior. Sandwiches and burgers make up the crux of the lunch menu. There are also rotating specials like duck confit with couscous and spinach, and a weekend brunch menu featuring handmade granola and mimosas.

In addition to serving up healthy, tasty food, the restaurant hosts a monthly yoga class led by Primary Yoga, where participants can indulge in an organic snack buffet afterwards. The owners are also connecting with organic farmers to bring vegetable stands to Crowley’s front door. Takefushi adds, “We ultimately want it to be a place where people can get not only educated but inspired through local cooking, combined with a little bit of a Japanese element and an international atmosphere.”