From cycling champion to cycling mentor

As a former Giro d’Italia champion and three-time Giro di Lombardia winner, Damiano Cunego knows what it takes to succeed on a bike in a pressurized road race. The man known as Il Piccolo Principe (The Little Prince) retired from the sport at the end of last season but is now planning to bestow his racing expertise on up-and-coming Japanese riders in preparation for what promises to be a gruelling course at next year’s Olympics in Tokyo.

“In my home country of Italy, I’m training young cyclists, so with the Olympics coming up I thought it would be good to do something similar in Japan as I have a good relationship with the people here,” Cunego told Metropolis during a recent visit to Tokyo. “I had a meeting with (former F1driver) Ukyo Kateyama, who now has his own cycling team, and we discussed the idea of working with promising riders and possibly taking them to Italy for training camps. I need more time to find a champion, but I’ve seen some interesting cyclists.”

Cunego’s love affair with the country began when he first raced at the Japan Cup in 2002. He continued to compete annually and soon became a fan-favourite. Visits to Japan became more frequent in his final years as a professional as he developed close ties with sponsors, particularly Shukoh, a design company specializing in office furniture. Now retired, Cunego plans to come to his “second-home” even more regularly. 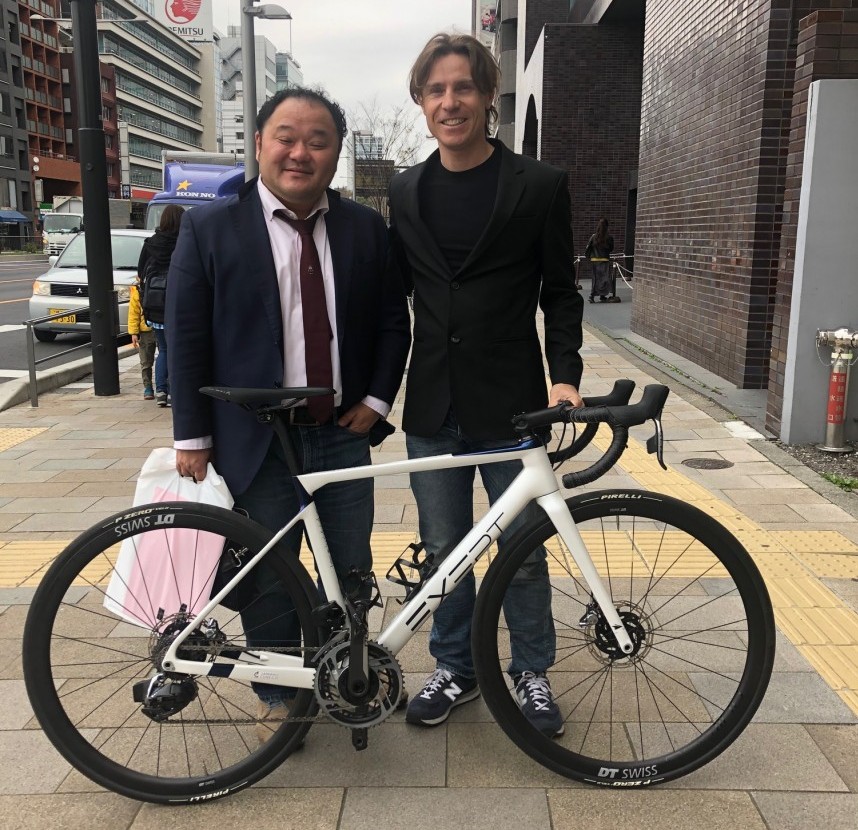 “The Japan Cup’s at the end of the season so many top riders are already on their holidays,” says Cunego. “It’s generally a competition for young and hungry cyclists which is what I was in 2002. However, even as I became more established, I kept returning as I fell in love with the place. The fans have a real passion for cycling. It’s not about rivalries. There’s an appreciation for all the riders. I had a good relationship with the spectators because I regularly appeared in competitions here and they seemed to like my ‘Little Prince’ nickname.”

Having struck up a good rapport with the locals, the popular Italian decided to invest more of his time in Japan. Through the Damiano Cunego Cycling Project, he encourages groups of amateur riders to get together for events and competitions such as the Nasu Kogen Long Ride and the Tour de Tsumari, both of which take place in the summer. Before that, he’ll be back in the country as an ambassador for the Mt. Fuji Hill Climb, a race held every June that attracts around 6,000 riders.

The road races at next year’s Olympics will feature Mount Fuji as a backdrop. These spectator-friendly courses promise to provide a tough challenge for the riders. Cunego, who’s planning to fly out to catch the action with his family, has never appeared at a summer Games, though he did come very close. Due to compete for Italy in Beijing in 2008, he was forced to pull out after suffering a nasty injury on stage 18 of the Tour de France.

“That was a huge disappointment, though there were many other times when I was left frustrated,” admits Cunego. “Finishing second in the World Championships was one such occasion. Another was the Alpe d’Huez stage of the Tour de France when I was in control until the last two kilometers before Frank Schleck raced away from me. It’s natural in sport to have highs and lows. I prefer to remember the good things, particularly the Giro d’Italia win.” 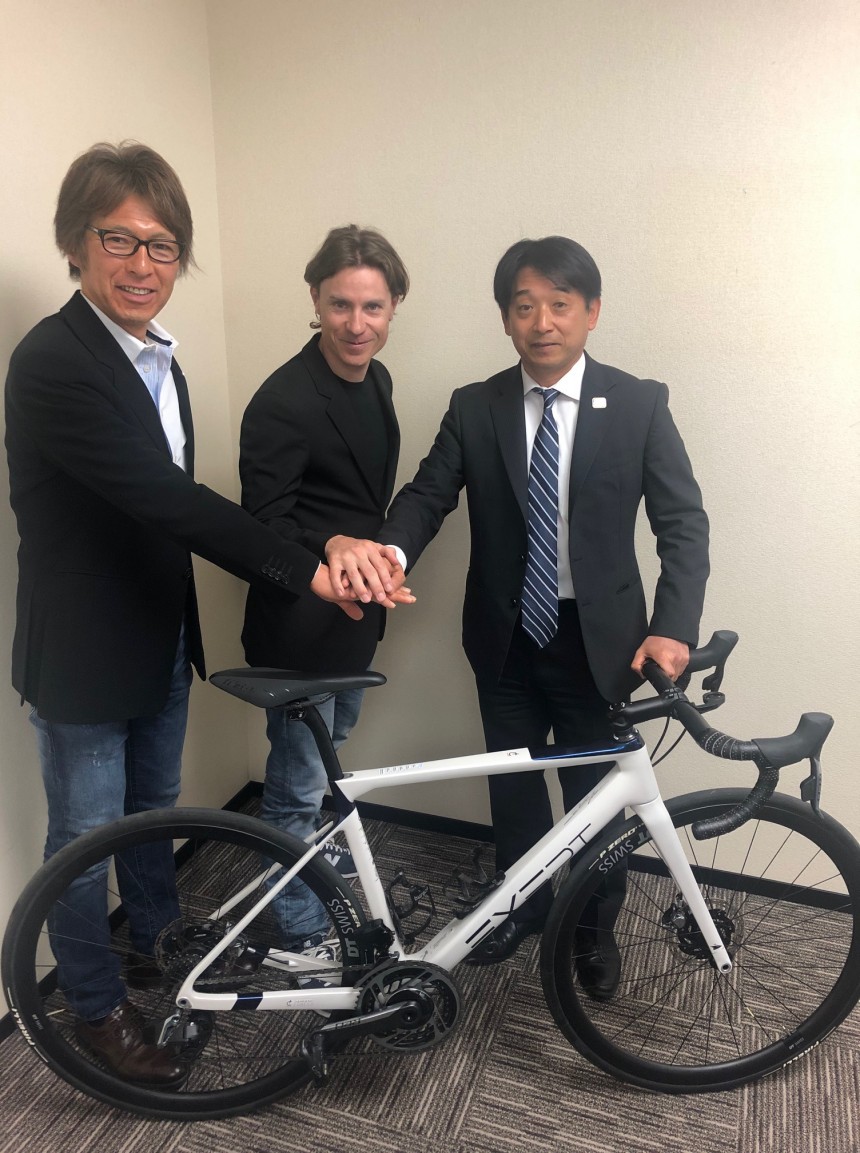 Cunego was just 22 when he took home the Giro d’Italia crown, becoming the youngest winner since Giuseppe Saronni a quarter of a century earlier. That same year, he won his first of three Giro di Lombardia titles. Other significant triumphs include the Tour of Qinghai Lake and the Amstel Gold Race. Not bad for a rider who some say didn’t truly fulfill his potential.

“The Giro d’Italia victory was the ultimate,” says Cunego. “I can imagine a French person winning the Tour de France would have a similar feeling. They’re the two biggest races globally. It was special for me to win at home. I’m also very proud of the three Giro di Lombardia triumphs. It’s not as many as Fausto Coppi (who won it a record five-times) or (four-time-winner) Alfredo Binda but it’s the same number as Gino Bartali. To even be close to these legendary riders is amazing.”

Italy has consistently produced world-class cyclists down the years and Cunego cites Vincenzo Nibali and Fabio Aru as two of the most exciting out of the current crop of riders. Both will be hoping to add to their country’s tally of 33 Olympic cycling golds (only France has more) at next year’s Games. Japan, by contrast, has accumulated just four Olympic cycling medals, none of which have come on the road.

“Japan is improving in terms of road racing,” opines Cunego. “That said, I don’t think the riders here are ready to challenge for medals yet. The traditional powerhouses, countries like Belgium, France, Italy and Britain are likely to be very strong again. There should be some exciting races. I’m looking forward to seeing what happens.”