Netflix show “Dark Tourist,” hosted by New Zealand journalist David Farrier, has recently been in the spotlight for its episode on Japan. In particular, the segment on Fukushima offended and worried the prefectural government, which announced that it is reviewing the episode and considering taking legal action against Netflix.

The majority of the show’s 41 minutes covered a Fukushima tour led by a local guide, followed by rushed segments on Aokigahara (also known as Japan’s “suicide forest”) and Gunkanjima (an abandoned mining island off Nagasaki). The latter segments were rather nondescript, but the Fukushima tour made a strong impression. It begins with the tour guide explaining to the tourists that anything about .20 on the Geiger counter made him uncomfortable, without contextualizing this number. The tourists all check their counters — they’re safe. But the closer they drive toward the powerplant, the higher the numbers go. The mood is set almost entirely by the rapid increase in beeping from the busload of geiger counters.

The first stop is a deserted town, where Farrier notes that some of his companions are wearing masks — the highly contaminated dust coats everything in a light brown layer. The bus then drives along a no-stop road where Farrier asks to get off and explore an abandoned arcade. They have a look at contaminated topsoil storage; have a meal at a restaurant in which the food is sourced from Fukushima; and continue driving deeper into the disaster site, Geiger counters beeping faster and faster until the group demands that the bus turns around. 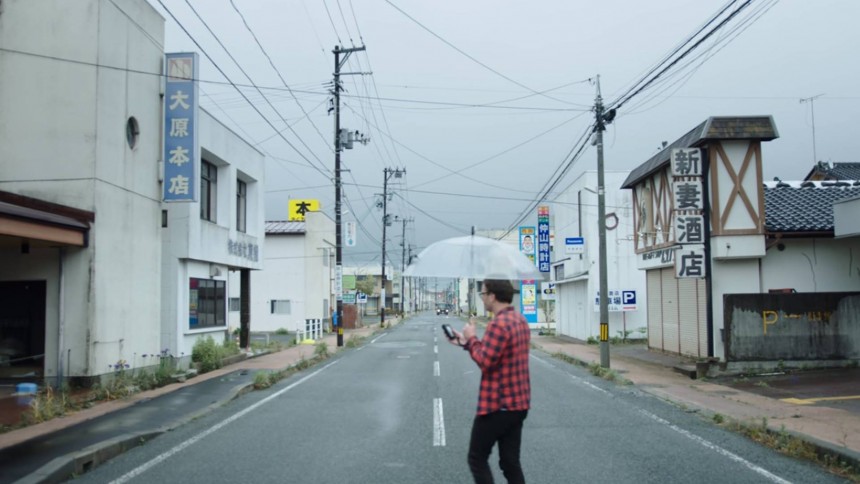 Several factors were strategically highlighted to lead viewers to feel a range of negative emotions about Fukushima. The first is the inescapable and inevitable buildup of the beeping from the Geiger counters. The second is the coverage of Farrier’s fellow tourists, whose reactions are given more screen-time than they deserve. The last is the deceptively expert narration by Farrier, whose dryness might lead you to think he’s without agenda while he plies you with partisan information and the most dramatic of facts he’s heard on the tour.

The show is predictable. It adopts the most subversive of bias techniques to get exactly what is wanted: more press and more eyeballs. It successfully puts itself in the spotlight without considering the effect it will have on the places it visits, of which the Fukushima Prefecture government rightly has reason to be worried about. It makes minimal mention of the recovery efforts or ex-residents’ efforts to move on. The show promotes uninformed, insensitive and parasitic tourism, which as a globalized society we should be stepping away from. Watch this show only as an educational piece on what not to fall for in journalistic reporting.