Tokyo’s executives raise their fists for an important cause

Since 2012, Executive Fight Night has been teaching Tokyo a whole new meaning of the phrase “fight for a cause.” This May, the celebrated event returns to the Grand Hyatt Tokyo, bringing its upscale, Vegas-themed energy. Dubbed “Lucky 7,” the evening features 16 Tokyo executives squaring off against one another, as a way to test themselves, but more importantly, to raise money for a great cause and organization.

EFN is the brainchild of Eddie Nixon, Dave Thomas and Nathan Schmid. Originally conceived as a way to give Tokyo’s executives some much-needed stress relief, as well as to raise money for a good cause, the event quickly ballooned in popularity and has raised hundreds of thousands of dollars for different charities.

“We started Executive Fight Night to provide stressed-out Tokyo executives an avenue to get fit and test themselves—and to provide great entertainment,” explained Thomas. “But we also wanted to give back to the community and tap into the generous spirit of Tokyoites, so the money that’s been raised gives us enormous satisfaction.” 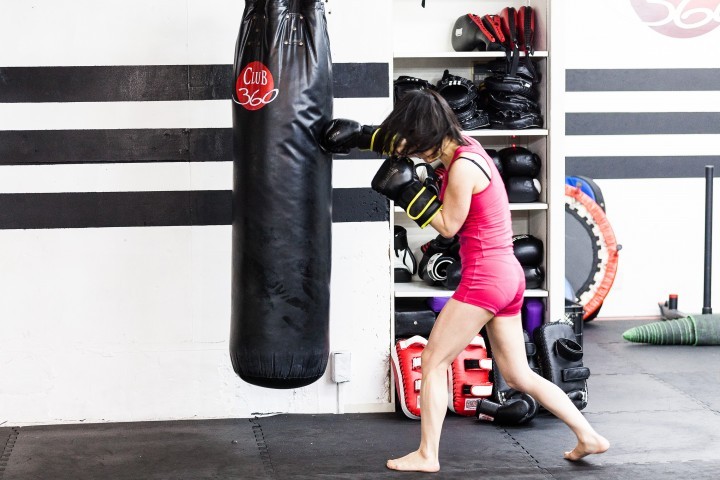 While past EFNs have supported charities such as Run for the Cure, which aims to raise breast cancer awareness, and Refugees International Japan, an NPO that assists refugees displaced by war and conflict around the world, the money raised since 2014 has gone to Shine On! Kids. Specifically, proceeds go to Shine On! Kids’ Facility Dog Program, which brings therapy dogs into children’s cancer wards.

“A specially trained dog is paired with a dedicated nurse and handler, who together form a medical team that helps to improve treatment outcomes and children’s approach to medical treatment and therapy,” explained Joy Fajardo, Event Director for EFN, who spent 3 years as Marketing Manager at SOK. (Fun fact about Fajardo: she fought in, and won, the very first EFN bout in 2012.) “The team has an impact not only on the child and their family, but also on the medical team and the hospital.”

On April 15, the children central to the event’s cause and the executives participating met face-to-face in a moving event dubbed “Fighters Meet Fighters.” For the fighters in the ring, it was important to meet the fighters outside the ring, so that they could personally connect with the children and families for whom they are making a difference.

“It was an opportunity to establish a connection and a relationship with them and to offer each other a little more courage, though their fights are so much more significant because it is truly a matter of either life and death,” said Valentino Sebic, Head of Banking & Financial Services at Apex K.K., who will be in the ring at EFN 7.

“We are so incredibly fortunate to even be in a position to contribute to this charity, because many of the children we are helping will never live to be old enough for that same privilege … How ironic is it then that, despite their short lives and immeasurable suffering, they did in fact give something to us, too. They gave us a priceless, re-calibrated perspective on how fortunate we are, and how we can also face life with more courage like these little warriors.”

For the adult fighters, it was the missing piece on their road to EFN, and for the kid fighters, they see strong and dedicated strangers supporting their journey. The kids and their parents were then able to spar with the the fighters and participate in other fun activities before they and their families wished them good luck.

It should be noted, however, that those who might picture some executives playing dress-up and half-heartedly shadow boxing each other couldn’t be further from the truth. Fighters have to try out, and only those in top physical shape make the final cut of 16. They then go on to a rigorous 12-week training camp at Tokyo’s Club 360, run by professional coaches, including former pro fighters Jan Kaszuba and Brian McGrath. 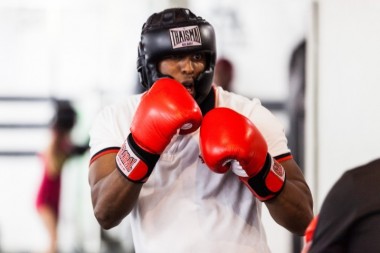 “It is certainly not for the faint-hearted,” Nixon said. “You hit and get hit hard. Blood is spilled. You train very early in the morning or late into the night while juggling your job, family and other commitments.” The 16 fighters must attend a minimum of 24 training sessions.

“I’m a lifelong competitive athlete and so, although I’m used to regularly training hard, being uncomfortable, being injured and testing myself, training for boxing is a whole other level,” said Sebic. “I quickly realized nothing can prepare you for the mental and physical onslaught that fighting requires … it’s literally all of your senses and all of your faculties required 100 percent the time … EFN is the real deal, and you either sink or swim.”

“Add our full-time professional and other family and life-related commitments, training before or after a hard day at work, and I think you have a very special and worthy kind of fighter in an EFN competitor. The unexpected for me was the realization of how there is always two battles going on when you fight; one is the battle with yourself, and the other battle is with your opponent.”

If you’d like to get involved with such an outstanding cause, without subjecting yourself to 12 weeks of rigorous training and a good pummeling, there are multiple options available to you. Those wishing to attend can purchase tickets at varying levels. Businesses and private groups can purchase ringside tables that come with sponsorship opportunities, while single tickets are available for individuals. For those unable to attend, you can “pledge a fighter” or purchase tickets to be entered in the night’s raffle. Top prize comes from sponsor BrewDog, and entitles the winner to a year of free beer!

Deputy Chief of Mission & Consul, Embassy of Ecuador in Japan