The unspoilt gem of Kyushu

In the heart of Miyazaki Prefecture, approximately 25 kilometers northwest of Miyazaki City, is the picturesque Aya Town. Nestled between a giant, evergreen forest, sprawling farmlands, and the Aya Kita and Minami Rivers, the town is an unspoilt gem of Kyushu.

In 1967, the community successfully fought against a plan to cut down Aya’s trees for a development project, saving the forest that would grow into Japan’s biggest evergreen. Today, 30 percent remains underdeveloped, supporting an abundance of plant, animal, and bird life. 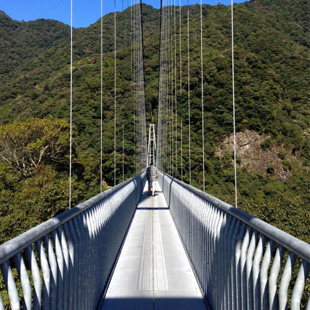 The best view of the forest is from the Teruha Suspension Bridge (¥300; open 8am to 5:30pm), located seven kilometers outside of town. Towering 142 meters above the valley in which the Aya Minami River flows, it offers breathtaking views of the surrounding nature.

A communal tripod at the foot of the bridge allows visitors to snap a photo before making their way across the 250-meter walkway. On the other side, a two-kilometer trail leads down into the forest to several waterfalls and a smaller bridge.

Aya’s forest has produced a culture of craftsmanship, and the town is well-known for its quality of handmade goods. At the site of Aya Castle, an exhibition hall displays and sells a selection of handmade wood, bamboo, glass, pottery, and textile products. 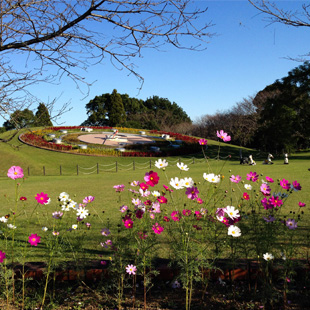 You can try your hand at pottery, weaving, or dyeing in one of the castle’s craft workshops, where you can have your finished handiwork mailed to your door.

The craft center also curates a small collection of cameras, toys, magazines, and other paraphernalia from the 1970s and 1980s in a small museum annex.

All three floors of the castle itself are accessible to the public, with the topmost offering a panoramic view of the town. The castle served as an important military base for the Itohs of Hyuga in their war with the Shimadzu clan of the south. Original armor and swords, ancient writings, and panoramas are on display.

From the parking lot of the castle, another suspension bridge leads to a park the other side.

Aya is a big producer of liquor in Miyazaki. The Susen no Mori tourist complex comprises the town’s microbrewery, winery, and shochu and sake distillery. Take a tour of the latter two (open 9:30am to 4:30pm) and sample their offerings for free. 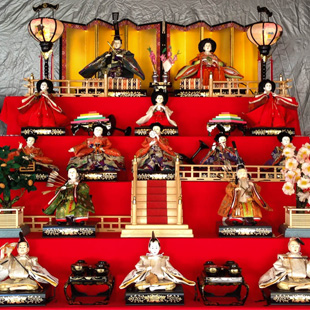 The complex also boasts a ryokan (traditional resort), onsen (hot springs), restaurants, and crafts shops. You can take home locally produced wine, sake, beer, plum liqueur, and brandy, as well as other speciality products such as smoked chicken from the souvenir store. It also sells a selection of woodwork and pottery.

Honmono Market, next to the town office, sells organic fruits and vegetables, and a selection of baked goods. Try the hyuganatsu (citrus fruit), a Miyazaki speciality. For a caffeine fix, visit That’s Bock Ring across the road.

Spring is a good time to visit Aya. In early March, the town holds its annual Hinamatsuri (Doll’s Festival), when visitors can enjoy about 20 different displays for free at various locations throughout the town.

At the end of the same month, experience koto performances, haiku-reading, sake-drinking, and an outdoor tea ceremony at the Mountain Cherry Blossom Festival.

At Aya Equestrian Park, you can view on of the world’s largest flower clocks, or sign up for a horse ride.