Tokyo Fashion Week hasn’t been immune to the rise of “normcore,” a movement which reacts to the relentless trend-based nature of modern fashion. By opting out entirely, and embracing a purely functional approach to wardrobes, brands like the mainstream KBF and even the expert pattern cutters at DressedUndressed went for resolute restraint over the exhibitionism many might have been expecting. It reopens the age-old debate over whether all clothing design is actually fashion. 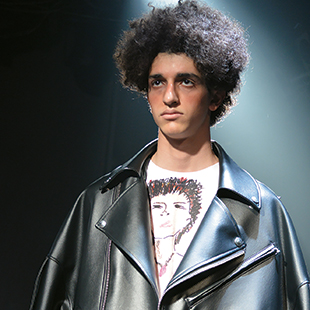 The majority of shoppers at a chain like Uniqlo are unlikely to think of the garments as being part of a fashion system, but rather something akin to a tool or a necessity.

That doesn’t mean you can’t dress fashionably in something from Uniqlo; the city attests to this fact on a daily basis. But for every brand that walks the line between function and fashion, there are those that are so deep in the fashion camp that the notion of function is a matter of contention.

Representing the drive of fashion for fashion’s sake, we find the Tokyo New Age group of designers ably organized by the experienced hands of brand WrittenAfterward’s Yoshikazu Yamagata and designer Mikio Sakabe. The pair masterminded a series of events both on the official Mercedes-Benz Sponsored Week and off, including multiple fashion shows and exhibitions, all in addition to their own independent fashion shows.

This season, eight designers from the Tokyo New Age stable got their time in the spotlight with Akiko Aoki, Kotona, Noriko Nakazato, and Ryota Murakami taking the stage in Shibuya Club Quattro. Their models pushed their way through the bewildered standing crowd in a single show, allowing their collections to mix and mingle before gathering on podiums, grouped by designer. Out of the melee, Ryota Murakami’s Sid Vicious-inspired collection sang out strongly, with a comedically oversized biker jacket rendering any wannabe punk into a child wearing their dad’s jacket. Kotona, on the other hand, opted for sheer fashion clout above gimmicks.

The remaining four brands were given the run of Konno Hachimangu Shrine in Shibuya for a guerrilla show in partnership with Shibuya Fashion Week. Keisuke Yoshida, Kotoha Yokozawa, Soshi Otsuki, and Rinrinka brought their own brand of fashion chaos to an otherwise peaceful setting. 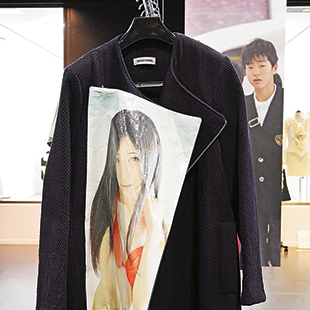 Keisuke Yoshida made his mark as a young provocateur with a high-school-boys-themed collection, in which the male uniform was given a number of subversive tweaks—not least replacing the lapels of one of his coats with a “gravure” idol pinup. Elsewhere, Rinrinka looked like a commercial success in the making with her own unique take on kawaii sensibilities that look an easy sale in Tokyo and beyond.

When it was the orchestrators’ turn to take to the stage, they didn’t disappoint. Mikio Sakabe provided a dissection of modern masculinity, using his models to tell the story of the transition through puberty, leading into moody teenage years, and ending on an uncertain adulthood. On the final day of the week, Yoshikazu Yamagata’s WrittenAfterwards stole the show with a gentle parody of 1990s Benetton optimism, including a children’s choir singing Michael Jackson’s “Heal the World,” and a wearable globe.

The New Mastersounds on funk, Leeds and touring Japan

Streetwear gets smart for fall at this pop-up store