The Tokyo Gallery revives its celebration of Korean avant-garde art

In 1972, Tokyo Gallery director Takashi Yamamoto flew to South Korea with fellow Japanese artists and art critics. He wanted to establish a new exhibition program for the gallery, one that involved contemporary art from other countries in Asia. During his visit, Yamamoto came across a budding new artistic movement that was growing in 1970s Korea. Yamamoto returned to Japan, and three years later organized the first ever exhibition dedicated to contemporary Korean artists in Japan, called “Korea: Five Artists, Five Hinsek – White” 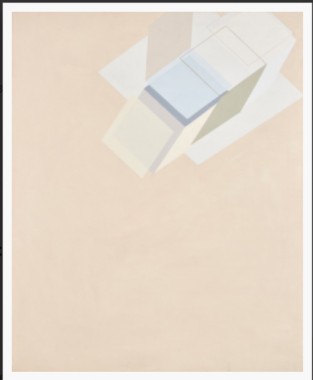 Almost 50 years since Yamamoto’s visit, the Tokyo Gallery is once again hosting Korean artists in the revival of “Korea: Five Artists, Five Hinsek – White”. The exhibit runs from March 10 to April 28 at the Tokyo Gallery in Ginza.

The exhibit brings back the five Korean artists, Kwon Young-Woo, Park Seo-bo, Suh Seung-Won, Hur Hwang, and Lee Dong-Youb, who were featured in the 1975 exhibit. As the title of the exhibit suggests, their paintings are predominantly white (hinsek means white in Korean) with light lines and patterns. Their works are seen as precursors of the Dansaekhwa, a Korean avant-garde artistic movement that emerged in the 70s. Literally translated as “monochromatic painting”, Dansaekhwa is characterized by its monochrome color scheme, renunciation of pictorialism and exploration of natural materials. The style is a big departure from the strict conventions of traditional Korean art, with its strong colors and Chinese influences, but at the same time it is distinct from western minimalism in its approach to confronting and experimenting with nature. For example, many dansaekhwa artists experiment with using soft materials such as mulberry paper, hanji (Korean paper), powder color and black coal.

The revived exhibit showcases the five artists’ paintings from the 1970s with their most recent works. By juxtaposing the old and the new, visitors can appreciate the continuity and the transformations Dansaekhwa has made in the last half century.