Hailing from New York, retro electric duo Fly By Midnight have released an array of wistful tunes and built a stellar global reputation for blending nostalgia and electronic music. The pair have just released a new single — “Love Me Like A Friend” — so to celebrate Metropolis sat down with band members Justin Breit and Justin Slaven to talk about their music philosophy, ambitions and New York life. 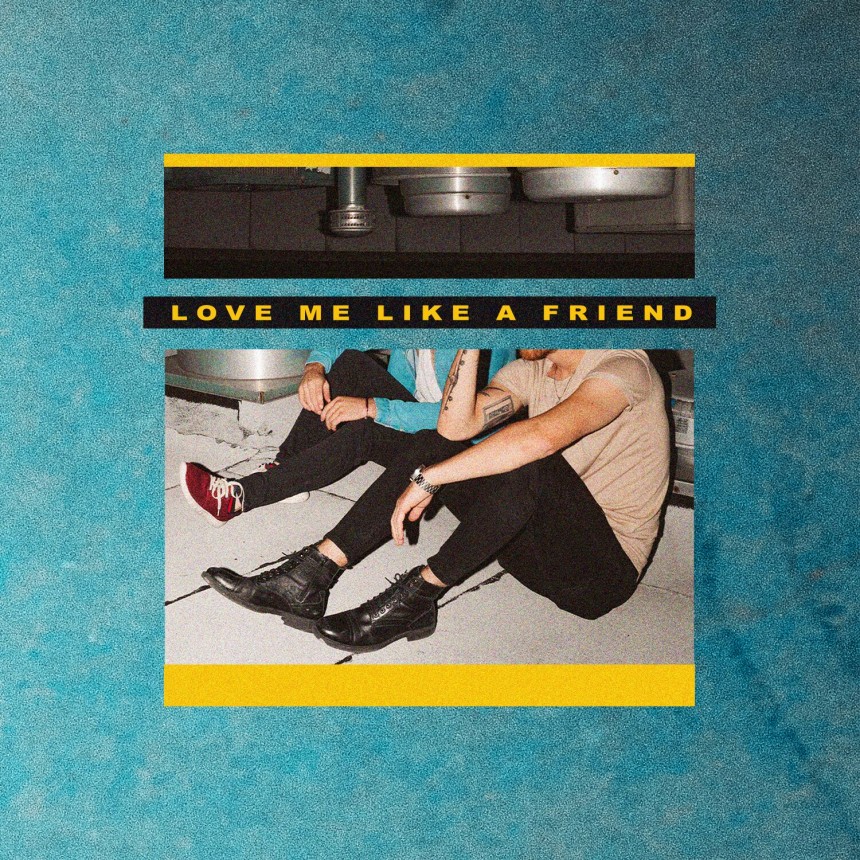 Metropolis: Could you tell us a bit about how you started?

Justin Slaven: About a year after I moved from Florida to New York, I met Justin through a studio he was working out of.
Justin Breit: At the time, I had been working on my solo project, but truthfully was getting quite bored and wanted to write for something that inspired me more. My studio mates set Slavo and I up in a writing session together to see what would come of it.
Justin Slaven: In that session, we ended up writing what would end up being our first single together.
Justin Breit: We realized we connected creatively, but more importantly as friends.
Justin Slaven: It’s always interesting to hear that people think we’ve been friends since childhood, but we’ve really only known each other for about five years.
Justin Breit: Spending pretty much every day together, we’ve definitely become like brothers.

M: Fly By Midnight identifies as a retro pop duo — which artists have inspired you?

JB: We both have pretty eclectic influences, but to name a few: Boys Like Girls, The Outfield, Hall & Oates (a duo that similarly took turns with vocals as well).
JS: Similar to Justin, my inspirations definitely span multiple genres. From iconic songwriters like Billy Joel to A Day To Remember, a rock band from my hometown back in Florida.
JB: Part of the reason making music for Fly By Midnight stays interesting is mostly in part to how we continue to pull in influences from different genres/time periods.

M: Why do you think Fly By Midnight has gained the great reputation it has for bringing a sense of nostalgia to a modern sound?

JS: You bring up a great point. We’re very much nostalgic in the way we always enjoy telling stories of lasting memories and adventures we’ve encountered along the way.
JB: I think that our organic passion for looking into the past translates into our music. A lot of what we write resonates with our fans. That kind of connection creates more than just “liking a song you heard once,” but really invites listeners to want to learn more about us as people.

M: 2018 turned out to be a great year for you as you released two albums, New York Nostalgia and Rerunning. How has 2019 been going so far?

JB: Appreciate that. 2019 has definitely felt like an even crazier year. We’ve been lucky enough to spend most of this year traveling back and forth between NYC and L.A. writing the next album.
JS: On top of that, we’ve found ourselves writing/producing for other artists as well. We’ve had singles this past year with Jake Miller, VINCINT and a couple more coming up that we’re excited about.
JB: I’d say this year, more than any year in our career so far, has been the most rewarding. We’re really grateful to have new opportunities continue to present themselves. 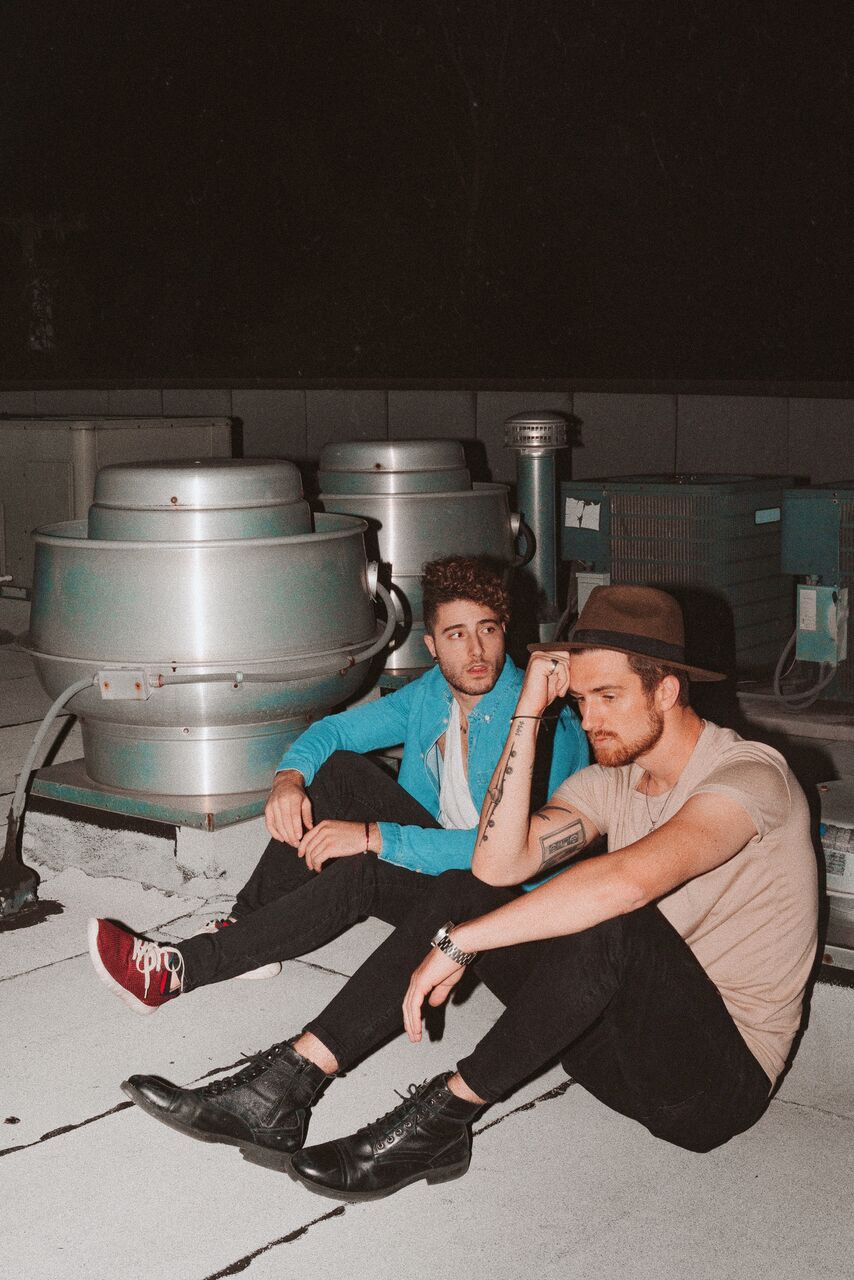 M: What is it like living in New York City as an artist? There must be a lot of interesting people and inspiring things going on every day.

JS: It’s an intriguing experience for sure. For us, I think we’re mostly inspired because it’s where all our longtime best friends live.
JB: Agreed. Going out in NYC with all your friends is as cinematic & story-esque as the movies make it out to be.

M: You’ve just released “Love Me Like A Friend.” What is the inspiration or story behind the song?

JS: We co-wrote “Love Me Like a Friend” with our now close friend Derek Fuhrrman during our first trip to L.A. this past year. The story behind the song is one that I think all three of us have felt at one point in our lives, which made writing it all the more easy and relatable.
JB: I think it was important for us to show more vulnerability on this album and “Love Me Like a Friend” was a great opportunity to do that. Conceptually, it’s about allowing yourself to be someone’s secret and the somewhat sexiness, yet annoyance that comes along with that journey.

M: You guys have played a lot of shows, mainly in the States. Does playing in NYC especially feel like home to you guys?

JB: Playing in NYC definitely feels like home. Although as we’ve toured more throughout the states, we’ve been surprised several times by the turnout in places we hadn’t played before.
JS: That’s the beauty of today’s music industry. Seeing our music connect to new places live is why we do what we do.

M: In another interview from last year, you mentioned your ambitions to tour the world. Have you played outside of the U.S. yet?

JS: We definitely still have that same ambition. With this new record on the way we have a few plans in the works that will hopefully allow that to happen.
JB: Especially knowing that we have some longtime fans in different countries, it’s something that we’ve been looking forward to for some time now.

M: It seems like Fly By Midnight releases songs constantly. How do you manage to do that?

JB: Coffee and constantly being inspired.
JS: Teamwork and being open to trying new things with every release.

M: I love your cover of Avril Lavine’s “Complicated” and your other mash-ups. How did you guys start doing this?

JS: Thanks for that. When we started Fly By Midnight, we wanted to give the world original music while also covering some of our favorite songs. Tracks like Avril Lavigne’s “Complicated” gave us the opportunity to recreate a pretty iconic song in a way that felt really true to our brand.
JB: We always said we would only cover a song that we knew we could bring a different and unique Fly by flair to it.

M: Have you been to Japan yet? Do you have any favorite Japanese artists?

JB: We haven’t been to Japan yet, but some of our closest friends have gone this past year and we were pretty jealous.
JS: Hopefully, we’ll play a show there in the near future.
JB: We’re actually not that familiar with J-Pop culture, but are always looking for new music to check out.
JS: Agreed, I would love to be inspired by something fresh from a Japanese artist.

M: Have you got any plans for the next couple of years? Can we expect further tour dates?

JS: There’s definitely an album coming before the end of the year with some of the recent singles, more new music and a collaboration we can’t talk about yet.
JB: I think as our project has continued to grow, next year will see us roll out our music on a larger scale. We want to constantly outdo ourselves.
JS: More tour dates to come for sure. The live set is one we can’t wait to share with more parts of the world.