Can J.J.’s Star Wars live up to the hype?

Since Disney’s purchase of Lucasfilm on October 30, 2012, and the subsequent announcement that there would be more installments in the cherished saga, anticipation has been building. Walk into any store these days—home improvement store, grocery store, department store, electronics store—and you’ll find they all have something in common: Star Wars. This holds true whether in America or Japan: soup cans, soda bottles, grapes, video games, mugs, shirts, placemats, art, trading cards, cosmetics, vitamins, business card cases, chopsticks, even bathroom tissue … OK, I made this last one up, but it wouldn’t surprise me if it exists. This forceful marketing tells us one thing: Star Wars is back, and it isn’t going away anytime soon. 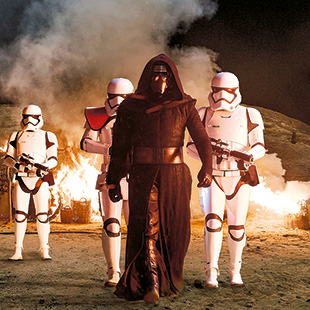 Anticipation is something that anyone can relate to. We anticipate many things: getting to drive for the first time, our first kiss, or even the next movie in our favorite franchise. Anticipation gives us hope for the future and a sense that there’s something better just around the corner.

But there’s a downside to this, and that is expectation. On its own, expectation isn’t a terrible thing; it can be very helpful. If we read the assembly instructions for something from IKEA, we can expect that, once done, it will look something like the model we saw on their showroom floor. What we envision as the final product is not only possible, but probable. When it comes to our favorite entertainment, however, what we think should happen may not. In fact, it may not even be possible—and this is when expectation can hurt us.

As fans, we all have immense anticipation for Star Wars: The Force Awakens, one that leads us to stand in line at midnight to buy the latest toys on Force Friday—a special day in the United States that kicked off the film’s marketing blitz in earnest, or to watch a football game we may care nothing about just to get a glimpse of a new two-minute trailer so we can endlessly debate who the next Jedi is and ask, “Where the heck is Luke Skywalker?” It’s the perfect recipe for creating expectations that may not be met, in turn ruining our experience in the theater on opening day. You see, it’s happened before and it could happen again. 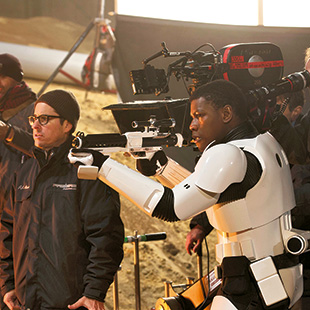 In the spring of 1999, there was a huge disturbance in the Force as millions of Star Wars fans came out of the 18-year period known as “The Dark Times” and The Phantom Menace was finally released. For years, fans had wondered what happened to Luke’s father to turn him into Darth Vader, creating a whole back story for how the fall of the Jedi had come about and what Old Ben was referring to when he mentioned the Clone Wars. These thoughts compounded themselves into expectations that many fans carried into the theater. And when Episodes I, II, and III did not live up, many became disgruntled.

The prequel trilogy highlights the danger of expectation. It has the power to destroy the very thing that we love and anticipate with such abandon. The pattern may sound familiar to Star Wars fans: anticipation leads to expectation, (unmet) expectation leads to hate, and hate leads to suffering. With this new Star Wars film, both anticipation and expectation are at an all-time high. Not only is it filling a decade-long vacuum of Star Wars on the big screen, but it will also rewrite a history already accepted by die-hard fans, one based on 22 years of expanded universe books. These novels filled in the post-Return of the Jedi story years ago. And with the absence of the long-rumored Episodes VII, VIII, and IX, the events contained therein have become essentially canon. Disney, however, has tossed them all out and wiped the slate clean. It’s a risky move. 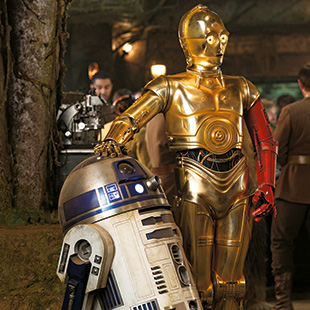 So between the media buzz, merchandizing bonanza, and personal expectations, how can a fan possibly find a way to enjoy this new film? The answer for me has come in the form of my niece. She’s five and has just discovered the galaxy far, far away, and she cannot get enough. She’s watching The Clone Wars and Star Wars Rebels, as well as small parts of the films—and with each new episode, her love of the saga grows. For Halloween this year, she could not wait to dress up as Rey from The Force Awakens, a character she knows nothing about and hasn’t seen beyond a few scant minutes in the trailers—yet she’s already a fan. Star Wars action figures and the Disney Infinity 3.0 video game platform continue to fuel her imagination, bringing Star Wars to life in all new ways.

As I’ve watched this awakening, I can feel the joy of what made me fall in love with Star Wars in the beginning coming back in a whole new way. This young Padawan—my niece—is reminding me that, first and foremost, being a fan of anything is about fun. As I’ve gotten older, the social-media cynicism and snark has slowly eroded the idea of fun. Fandom online often seems to be more about pointing out every minute mistake rather than reveling in the joy of exotic aliens and heroes’ journeys. So let’s all take a cue from my niece and remember why we became fans in the first place. Let’s let that little kid we all have inside of us feel free to celebrate our fandom, and hopefully we’ll be more inclined to find the good in something rather than the bad.

With The Force Awakens rapidly approaching, I have a sense of wonder and excitement that I’ve not had in a long time about a film this big. I believe it’s because I’ve let go of my own expectations and, like my niece, I’m going in expecting nothing more than the fun of being transported to a place where Wookiees are people’s best friends, droids can save the day, lightsabers exist, and a new hero’s journey is about to begin.