“Why are video games so interesting?”

Even though Japan is renowned for being home to the leading innovators in video games historically, the first Game On exhibit was held at the Barbican Centre, U.K., back in 2002. Now, it finally makes its glorious debut appearance in Tokyo after so many years.

Taking place in the stunning surroundings of the Miraikan, this exhibition adds another excuse, as well as the life-sized Gundam statue and the view of the Rainbow Bridge, for you to trek to the manmade island of Odaiba. 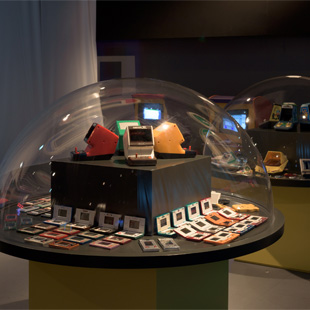 To be honest with you, I was hesitant. The Tokyo Game Show last September was an overly crowded and odorous affair. I spent most of my time with my face crushed and entombed inside a rather portly stranger’s armpit and didn’t get to play any games because of the endless queues. With the aforementioned chap’s sweat bubbling in my nose, I looked for the exit and vowed to never frequent such an event again. However, since Game On looked to be a smaller event and more focused on retro games, I decided to give it a shot. As a precaution, I fashioned a pair of nose buds made out of cotton wool and set out to see the show.

I was glad I made the effort. For a start, it wasn’t so crowded, and every console under the sun was on show—and most were playable, as well as some very well-maintained original arcade cabinets. From the classics Pong and Space Invaders to Street Fighter II, Parappa the Rapper, and all the way up to current games such as Halo, Guilty Gear Xrd, Minecraft, and Into the Deep on the soon-to-be-released PlayStation VR, games of all genres were there to be sampled. 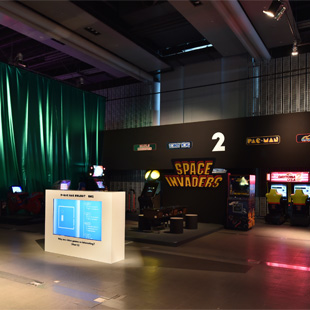 One game that was an unexpected source of curiosity was Muscle March on the Nintendo Wii. This game was drawing many amused stares and the aim of the game was to use the Wii remote to copy a scantily-clad bodybuilder’s poses as you chase him through a city, smashing through walls, and causing general mischief. Later, I was happy to see that this game was available for download on the Wii’s virtual console. A must buy!

For those interested in the artistic side of game development, there were some fascinating concept drawings for Jak and Daxter, Sonic the Hedgehog, and a replica of the development board for Grand Theft Auto III. Being a big GTA fan since the first game, this was especially cool to see.

Within half an hour of being there, I had blown up four small Japanese children and their father in a six-player bout of Bomberman, spinning-piledrived my girlfriend’s skull into concrete with Street Fighter II’s Zangief, and been laughed at by an old man as I crashed into a tree playing Super Hang On. That game was just as difficult as I remember it being when I was a kid. I was more of a Road Rash II fan anyway … 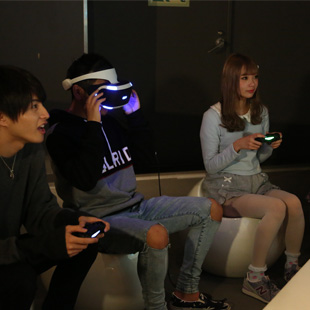 If you arrive early enough, you’ll be in with the chance to obtain tickets which allow you to try one of the three games on show for the PlayStation VR. I arrived in the afternoon, which was too late to get a ticket, so I spent some time in the queue, hoping for a cancellation so I could have a try. After around 20 minutes of gawping around and quietly giggling because of how silly everyone looked with their VR helmets on, I decided to give up and went for a quick game of Pong. I was surprised to see how popular this old game was. With a long queue filled with gamers of all ages, it just shows that this simple game is still just as addictive and competitive as it was when it was first released.

So, if you want to sample the PlayStation VR, get there as early as you can to be in with a chance to get tickets. Also, if you buy your tickets at Lawson, you can save yourself a couple hundred yen to buy yourself a bottle of melon soda or sausage on a stick. The show runs until May 30 and is a must-see. Whether you want to learn more about the cultural impact and history of video games, or, like me, just want to play games from your childhood on their original platforms for nostalgia kicks, this exhibition is well worth a gander.

Game On: Why are Video Games so Interesting? Until May 30, 10am-5pm (last entry 4:30pm). ¥650-¥1,500. The Miraikan (The National Museum of Emerging Sciences and Technologies).  Odaiba. www.miraikan.jst.go.jp/en/spexhibition/gameon/.