Give and Take: Corporations and Charities 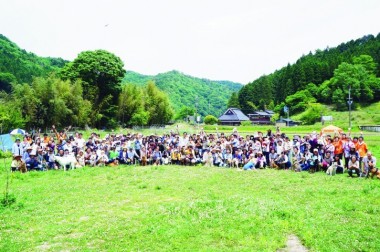 In Japan, the concept of donating to charity brings to mind a line of young adults standing outside a station as they jangle fundraising boxes and greet commuters with choruses of “Yoroshiku onegaishimasu!”

On the flipside, support for charities by businesses, often called “corporate social responsibility” or CSR for short, is still a relatively new concept in Japan. Bigger firms do have budgets for these activities, but tend to target well-established charities.

However, things are changing. The 2011 Tohoku earthquake and tsunami was a defining moment in terms of kick-starting a myriad of volunteer organizations. Foreign nationals have often been at the fore, encouraging Japanese friends and colleagues to jump in wherever they see a need.

We talked to several people involved in both sides of the CSR equation about the place corporate funding plays in their activities and got the lowdown on the current state of CSR in Japan, as well as future trends. 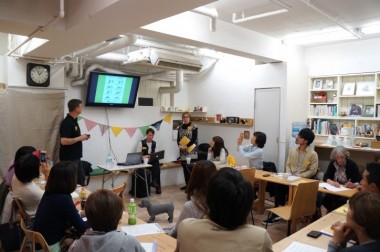 American Michael Anop founded his Tokyo-based NPO, Playground of Hope (PoH), in the aftermath of the 2011 Tohoku disaster. After realizing that displaced children had nowhere to let off steam, he came up with the idea of erecting play structures, and the organization has since built over 40 playgrounds in Iwate, Miyagi and Fukushima prefectures. They have now expanded their activities to include children’s homes and public park projects.

Anop explains that due to the high costs involved with buying and installing the equipment, PoH rely wholly on corporate sponsors. Firms are offered the option of sending employees to help install the playgrounds. “Our success has been our ability to combine community service with an HR team-building exercise. It’s a win-win for everyone involved,” he says.

Of the more than 70 projects completed so far, a mere three were funded by Japanese firms. Anop notes that CSR activities are not yet as developed in Japan as in the USA, for example, and so Japanese firms don’t have such large budgets. “That’s not to say that Japanese companies aren’t generous. Indeed, they give millions of dollars away to charity, but they prefer to give it to the big players among NPOs.”

ARK (Animal Refuge Kansai) has developed a reputation as one of Japan’s leading NPOs and animal advocacy groups since it was started by British expat Elizabeth Oliver in 1990. Dedicated to rescuing, rehabilitating and rehoming animals, the organization is based in Kansai but also operates a Tokyo office, led by Julie Okamoto.

As with PofH, ARK’s corporate sponsors are also mainly multinationals. These firms support ARK’s activities in a variety of innovative ways. “For example, one allows charities to register and asks employees to donate money they have saved by choosing cheaper accommodation on business trips, etc. Another, also an employee initiative, invites us to participate in events on their calendar, giving us the opportunity to get our message out and raise donations,” explains Okamoto.

She cites one positive trend from recent years. “We have seen a sharp increase in both educational organizations and corporations sending us volunteers.” Okamoto is hopeful that experiencing and knowing the value of volunteering while young will encourage the next generation to instigate and support CSR projects once they join the workforce. 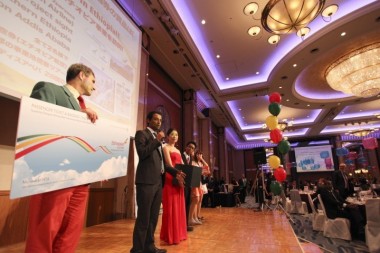 Under the motto of “Helping the neglected poor become self-reliant” the HOPE International Development Agency has been assisting families in developing nations for over 40 years. The Japan branch, HOPE-JP, was established in 2001 and focuses on raising awareness and funds in Japan to support overseas projects, as well as domestic ones in the Tohoku region.

According to HOPE-JP’s representative Elena Omura, successful corporate partnerships depend very much on individuals. “While we have relationships with companies, the catalyst in starting the relationship, in most cases, began with an individual. We often speak with the CSR and/or marketing divisions of companies, but we have found that what is key to a lasting and meaningful relationship is people, not departments.”

Joy Fajardo has experienced both sides of the CSR story, through her involvement with Shine On! Kids, an NPO supporting children with cancer, and now in her role as Creative Services Director at the Custom Media agency. “Collaboratively, both parties strengthen the values they represent to stakeholders and the public.”

“In general, in Japan, the concept of charity is different and younger than in the West, so the (receiving) foundation has to spend a lot of time educating about how to give and the difference giving makes,” Fajardo says. She adds that she finds it encouraging that more diversity is emerging in this area.

With so many worthy causes out there, how do firms decide which ones to support? Emilie Achilles from the Grand Hyatt’s marketing communications team acknowledges that it isn’t an easy task. One of the hotel’s major events is a multi-faceted annual Christmas fundraiser, with the general theme of holiday seasonal magic seen as a natural choice for activities that support children. 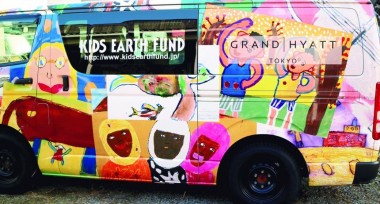 To this end, the Hyatt has partnered with Kids Earth Fund, a global NPO working to promote peace and environmental conservation through the medium of children’s art. The Tokyo branch runs a community center in Watari-gun, Miyagi-ken where they work with children affected by the Tohoku disaster.

One unique component of the Christmas fundraiser is the sale of gifts made from cork. “These were made by Ri Kikou, a sheltered workshop for people with learning disabilities. We donate corks from wine used in the hotel and then buy back the finished items as an outreach program,” Achilles explains.

Steve Dewire, the General Manager of the Grand Hyatt Tokyo, believes that CSR activities will become increasingly important in Japan in the future. “Throughout the journey of life, there are many points that we can assist and show care to others and I believe that through both company and personal commitments, CSR must and will continue to grow in Japan.”

If you’d like information on how to get involved with any of the organizations listed above, please refer to the contact information below: