“Patahara” / “Matahara” — An abbreviation of paternity harassment used in Japan when a father or mother is harassed for taking parental leave.

Glen Wood, a Canadian native and former equity sales manager at the brokerage Mitsubishi UFJ Morgan Stanley, has been fighting for the past five years to gain justice for his patahara case. Subject to years of what he describes as harassment within the workplace since returning from his parental leave, Wood is now set on raising awareness surrounding corporate Japan’s rigid work culture and the devastating impact it can have on parents who attempt to take time off business to take care of their child.

Metropolis spoke to Wood about his experience requesting paternity leave while working at Mitsubishi UFJ Morgan Stanley, maternal and paternal leave laws in Japan, and the place of workers within Japanese corporations.

Metropolis: When you say you were harassed by your former company, Mitsubishi UFJ Morgan Stanley, what exactly did this entail?

Wood: First of all, they gave me an incredibly hard time when I was trying to obtain parental leave, basically telling me each time I asked to just “sit down and do your job.” Even when I returned to my job after my parental leave, it was no longer what it used to be. I was demoted to a position which was less than half of my original salary — eventually being reduced to a secretarial position. I was excluded from company meetings and conversations. I remember that I started asking questions and I was very upset right away. It was like I had done something wrong and they were punishing me. The more I talked about it — the more I said, “This was wrong,” the worse it got. They basically completely shut me out and locked me out.

Do you think your treatment is a case of racism? Do you believe a native Japanese man would have been treated the same way as you?

I think there is some racism involved in terms of the way things were dealt with. I was, after all, asked by my company to provide a boushitecho, which is something which only a woman could get — when Japanese law clearly states that a boushitecho is unnecessary when applying for parental leave. They were basically asking for something that was impossible in order to make an excuse for not accepting my application. But then again I don’t know of any Japanese men in the company that have ever taken [paternity leave]. It’s kind of an unspoken rule that you don’t do it. If you do do it, it’s treasonous. It’s like, just shut up and don’t do it.

After my court case began, however, the company made it mandatory for all men to take paternity leave, and what I’ve heard is that a lot of men just take one or two days parental leave, and then the company advertises that they have 100% of men taking paternity leave. It seems like an exercise in saving face, rather than dealing with harassment. From a legal perspective it’s just crystal clear — and yet the courts have clearly been supporting Mitsubishi. They seem very reluctant to support paternity and maternity leave, and they also seem very reluctant to support foreigners and those that are harassed, and those things seem to be working against me. It seems that the courts have a bias.

Do you think there’s more of a stigma associated with men in particular taking paternity leave, as opposed to women taking maternity leave?

Companies are more used to women taking maternity leave, so they kind of know what they’re supposed to do — they automatically just demote people and / or fire them — classifying them as madogiwazoku, or “the people who sit by the window,” which is a Japanese term often used to refer to “useless” employees whose services are no longer needed by the company, and whom as a result are simply put to the side to pass their remaining time until retirement.

So does corporate Japan see parenthood as an obstacle to achieving success in the workplace?

From what I can see, the main purpose of this is to empower corporations and the elite in Japan — and to allow the whole culture of sexism and harassment to continue. Even if you just look at the comments that the Tokyo Olympics chief Yoshihiro Mori said recently [which were sexist remarks against women], it’s clear that men, and Japanese society, view women in general as an obstacle to getting things done. According to them, a woman’s place in the home is to just shut up and stay home, and men are the property of the company—they don’t have any right to spend any time with their family — just go to work and do your job. For women, if they try to have a career, as soon as they have a baby they’re going to be fired or sidelined. In other words, women in Japan are typically put on the “mummy track” once they become pregnant. Being put on the “mummy track” makes it very hard, if not impossible, for women to return to the “career track.” Put simply, their careers are basically taken away from them once they have a baby.

It’s very detrimental to the economy and Japanese society overall — it makes globalization impossible and makes achieving the United Nations Sustainable Development Goals (SDGs) impossible. With these anti-family, anti-women policies and sexist ways of thinking, you’re making it impossible for companies to achieve SDGS. Thankfully, however, corporate Japan has seen a positive change in recent years in regards to its attitude towards employees taking parental leave, with Taiyo Life Insurance Company, Ltd. announcing on March 19, 2021, that they achieved a 100 percent parental leave rate for six consecutive years for their male employees in 2020, and that the average number of days taken off by their employees increased from 5.3 days in 2019 to 10.5 days in 2020 — a huge improvement overall.”

Could you update us a little on your current situation?

“I’ve started a new company called Smart Vision Logistics with a close friend of mine and our focus is on SDGs and circular economies. My vision for the company is to give back to Japanese society and the Japan that I love, and assure family friendly policies in the workplace.”

Interested in more issues relating to parenthood in Japan? Check out these articles also on Metropolis: 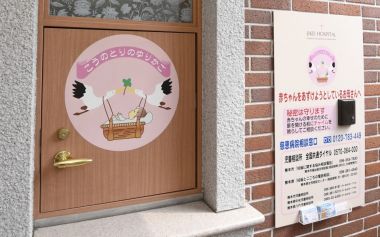 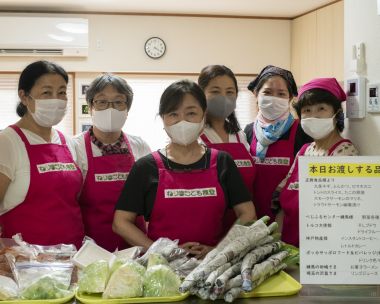 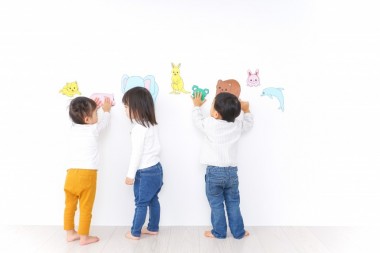 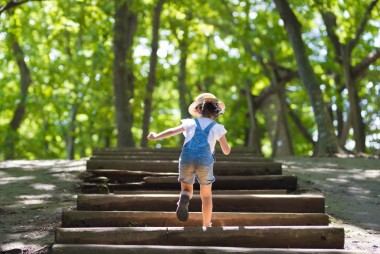