The small town with an ancient oasis

Todoroki Station sits like an island in the middle of railway tracks on the Tokyu Oimachi line, wedged between the new developments of Futako Tamagawa, and the sweets hub of Jiyugaoka. Todoroki, on the other hand, has neither of these things. Its shotengai (traditional Japanese shopping street) comprises just a few shops, and the surrounding area is a simple, silent neat grid of residential houses. You won’t find winding alleyways of izakayas here, and there’s no famous food item to seek out, but Todoroki has a tale all of its own.

Todoroki’s verdant valley lies inconspicuously down a flight of steps, behind the local Seijo Ishii supermarket and some houses. The highway even runs across this pocket of nature, but you would never guess of the lush nature below from the rumbling fumes of the road. Carved out by the Yazawa River, the ravine runs for a kilometre woven with small pathways and a history almost forgotten in its steep sides. 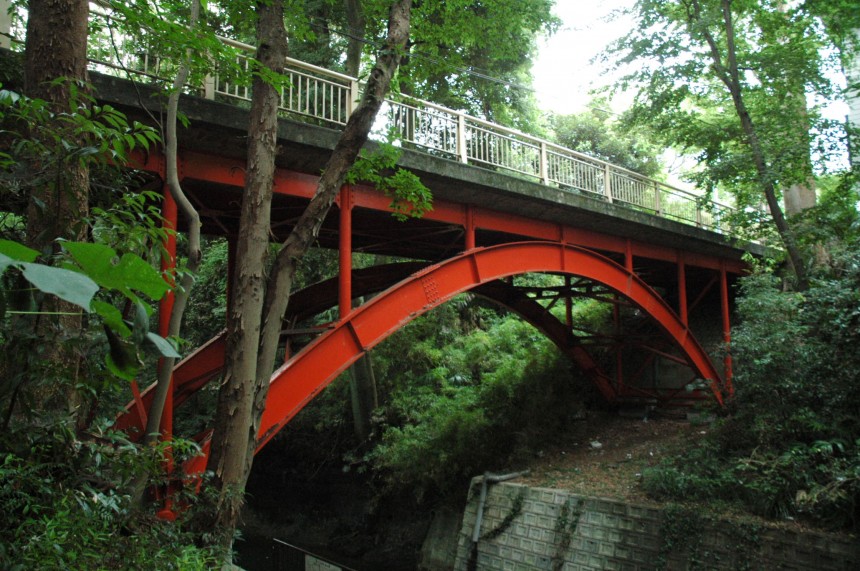 Just a two-minute walk from Todoroki Station, the red arch of Golf Bridge — so named after an early 20th-century golf course — heralds the start of the valley’s pathway. Stone steps descend down to the river below. There’s a thermometer next to the bridge that reads the temperature in the valley below, usually a few degrees lower than the temperature above — an indication of the separate ecosystem that thrives in the valley below.

Prehistoric with overgrown vines, Japanese zelkova, draping tropical leaves and towering bamboo clinging to the steep sides of the river, along the ravine the sounds of nature swiftly take over from the noise of the city. In the summer months, cicadas form a deafening chorus and the river trundles along its course. It’s a strange feeling to be amongst an abundance of nature in an urban setting. Walking alongside the water brings peacefulness and it’s these natural surrounds that have brought many others to the same spot through the ages.

The valley and the encompassing area are the site of numerous ancient tombs dating back to the 5th century. One of the tunnel tombs can still be seen clearly on the side of the valley, now excavated and home to rocks and spiders; peering into the entrance as a sensor light illuminates the interior, it’s fascinating to think of the people who inhabited Tokyo at that time. 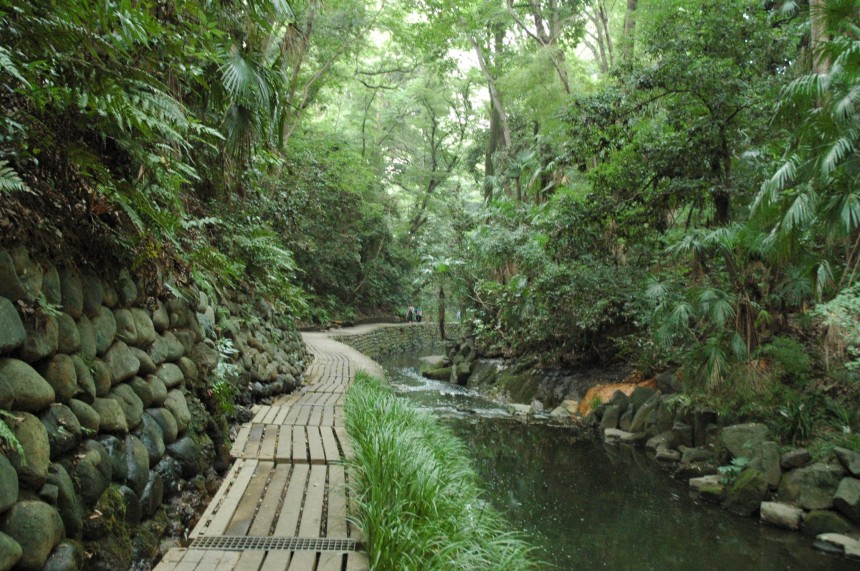 Just out of the ravine, in the Noge district, the larger Otsuka kofun (ancient grave) sits as the silent centerpiece of a children’s playpark. Dating back to the same time period, it once housed four burial chambers along with a collection of battle equipment. Today it’s free for all to clamber on.

Just along the valley, the Fudo-no-Taki (Fudo Waterfall) is a wall of velvety moss endlessly dripping with fresh water; two dragon heads sit up high and spout water on to well worn stones. It’s this very spot that feeds into the Yazawa River that was deemed spiritual enough for an image of the Buddist deity Acala (or Fudo-myoo) to be enshrined here.

Sitting perched atop of the waterfall is the Todoroki Fudoson temple, a place of religious worship since 1100. Worshippers would wash themselves in the falls below before ascending to pray at the temple. Today it’s a quiet spot for contemplation; there’s a place to get fortune slips (omikuji) in a selection of languages, and a purpose-built viewing platform that overlooks the valley. This vista is particularly stunning when the trees change color in the autumn, and when the cherry blossoms bloom in spring. 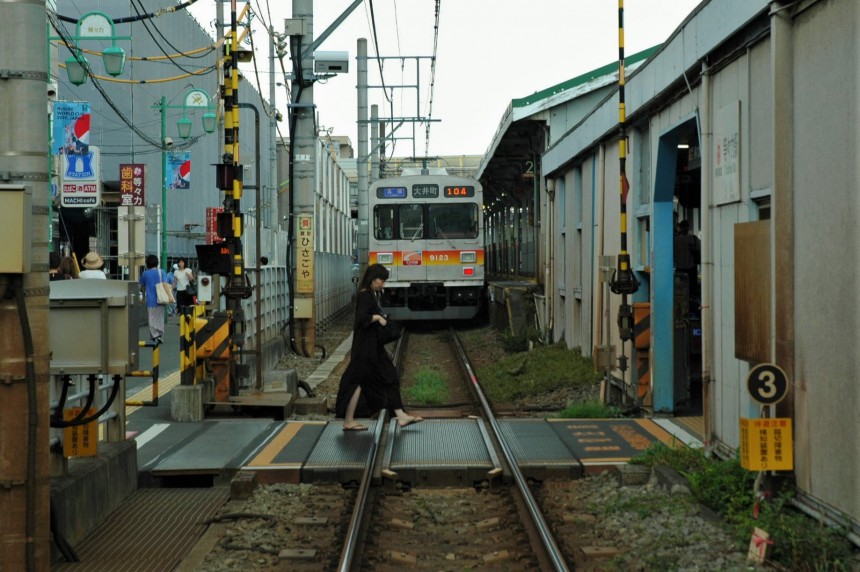 If all that history, combined with climbing up the steep steps to the temple, has left you hot and in need of a sugary snack, there’s a small ice cream shop in the temple grounds that will satiate your cravings. For something a little bit more relaxing, Setsugekka is a quaint Japanaese tea room, close to the waterfall, providing the perfect excuse to sit for a while over a cup of tea and some mochi (Japanese rice cake) as the river rushes by.

After being nicely refueled, continue further along the scenic pathway to the entrance of the Japanese garden. Created in 1973 around a traditional Japanese drawing room, the small garden attempts to sculpt the wild abundance of nature into an ornate scene. There’s a winding waterway carved out of concrete resembling the meanders of the river below, and moss-covered rocks depicting in miniature the sides of the ravine. Stop for a moment to rehydrate yourself with a cup of water in porch of the tatami drawing room, and flick through information leaflets about the area.

There’s a lot to explore in Todoroki Gorge, so it’s not surprising that by the time you get back to the station you’ll most likely be feeling a few pangs of hunger. Fear not: there’s a warm bowl of noodles waiting for you at Yabumori. 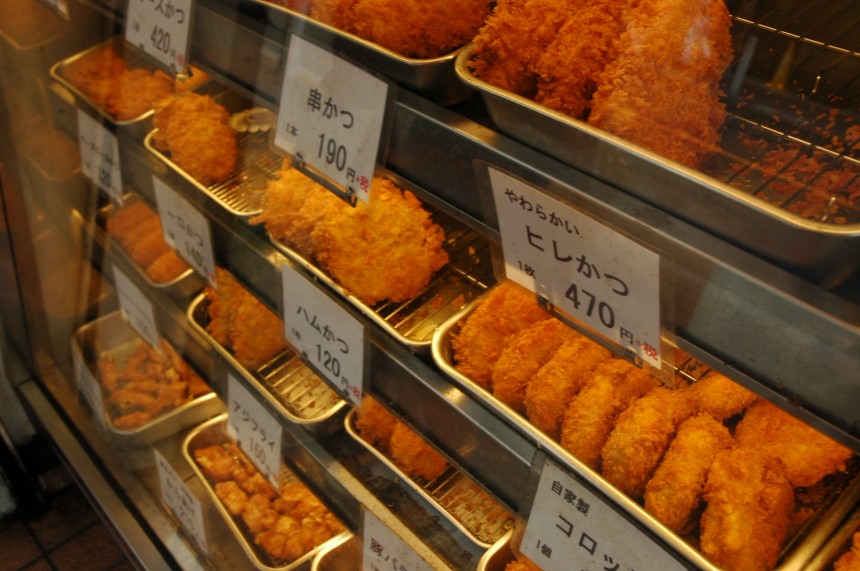 This homely soba joint, more of a casual shokudo (cafeteria) is an unhurried type of place frequented by a reassuring mix of regular characters, groups of school boys hanging out in the Japanese-style backroom and older gents slurping noodles over a bottle of the local Todoroki Gorge beer. The ladies who run the shop operate with palpable realness: animated waitresses call orders out to the women in the kitchen with hardworking faces that barely break a smile. The soba served up is chewy, bouncy and low-priced and will leave you feeling full and satisfied.

If you just want something more meaty to snack on, head next door to a cutlet shop for crunchy and succulent freshly cooked cutlets; there’s often a small crowd of locals outside picking up a treat for lunch here.

Back at Todoroki Station, aboard one of the frequent trains that pass by on their way into the city, the rush of being in a secret world of nature will make you feel like you’ve been for a day out away from Tokyo. But in just a few minutes, the train will stop in Jiyugaoka. A blizzard of people and faces and buildings overtake. In the midst of this urban scramble, the lure Todoroki’s small town feel, its secret ravine world and hidden ancient history will have you planning a return visit, if only to feel that revitalising freshness of a jungle in the city again.