Dispelling the rumors: The personal account of a former hikikomori

Hikikomori. Agoraphobes. Socially anxious. NEET. Various phrases could be used to describe those in Japan who withdraw from society, from acute bouts of being unable to go to work or school to longer, more extreme cases wherein the individual cannot work or fully engage with the outside world for years. Invariably introverted, understanding the true situations of hikikomori, what led them there and how society can better help them, has been a tricky subject for Japan to master.

Kei is 26 years old. Born and raised in Osaka, he is currently a graduate student at a University in Norway, studying human rights and multiculturalism and has thrived in the field of interpretation and translation. While he seems like a far-cry from the typical image of a hikikomori, someone holed up in their parent’s apartment, Kei was not always so extroverted.

Bullied from a young age, something in Kei finally snapped one day in junior high school. He pretended he was sick so that he would be sent to the school nurse. Once there, he insisted he was so ill that he could not return to school for the rest of the day. That day turned into six months. Kei had become hikikomori. He spent his days playing video games and talking to his online friends. His sleep cycles began to shift and soon days and nights were completely reversed. 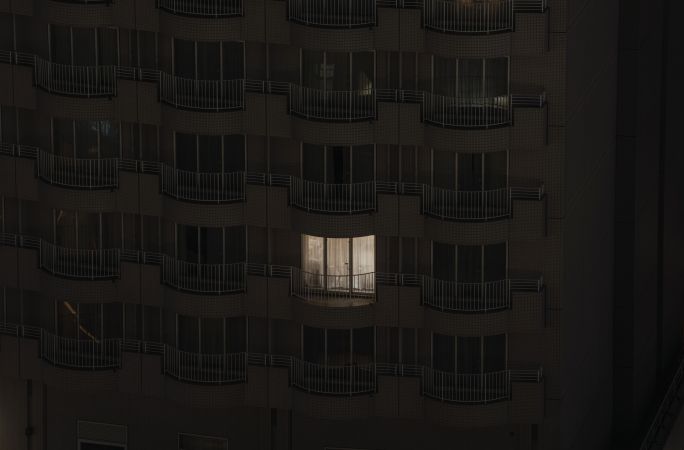 Metropolis: Do you think there is a misunderstanding about being a hikikomori here in Japan?

People that can’t relate only have media-driven ideas of what it is like to be hikikomori. The fact of the matter is that anyone can become hikikomori, easily. In the same sense that anyone can develop depression after a heartbreak or getting laid off from work. “Going hikikomori” is in no way like a fire on the other side of the river. It’s not something you can just ignore as if it’s not your problem, as if it’s not happening to you so it’s not real, it doesn’t matter. 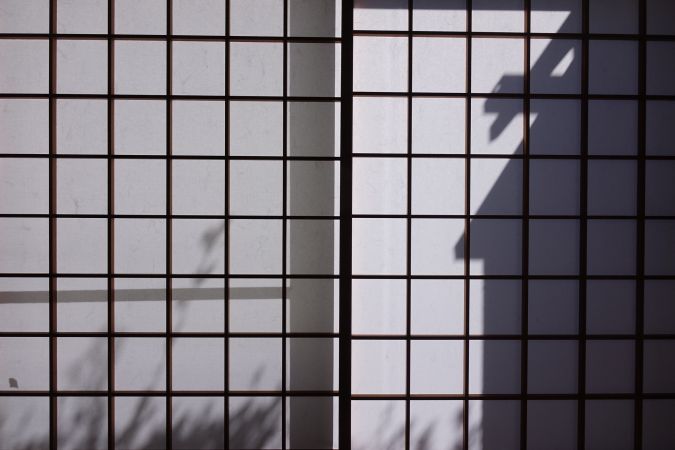 What caused you to stop being hikikomori?

K: One day I came across Michael Jackson’s songs, and I instantly became fascinated by his music. Later, I learned how much he devoted himself to making the world a better place. For example, he donated large amounts of money and provided material assistance to orphanages in the countries he visited on his world tours.

His humanitarian acts influenced me on a groundbreaking level and, as a Michael Jackson fanatic already, I told myself I would contribute to make the world a better place in one way or another, just like him.

Finding a life-time motivation like that at the age of 14 or 15, which is a physically and mentally formative period, was fortunate for me. However, I think this is applicable for most hikikomori. For hikikomori, regaining a sense of self-worth is pivotal in tackling the issue.

After that, other external supports that fall in place are equally crucial to not falling back into the hikikomori lifestyle.

What are the stereotypes of hikikomori? Are any of them true for you?

K: The first stereotype that comes to mind is that it is only extremely introverted people, who are not apt at social interactions, that become hikikomori.

Speaking from my own personal experience, I don’t think it is entirely false. I think I am quite introverted. Though in my mind, one reason why introverts are this way in Japanese society is because they hold back their thoughts due to fear of judgement or disturbing the harmony.

When you wake up in the morning, you won’t get excited about the day anymore; you just get reminded of another day you have to survive and get through. As time goes on your self-esteem painfully plummets. I’m sure many people who are/were hikikomori agree that this is a shared aspect of their life as hikikomori. 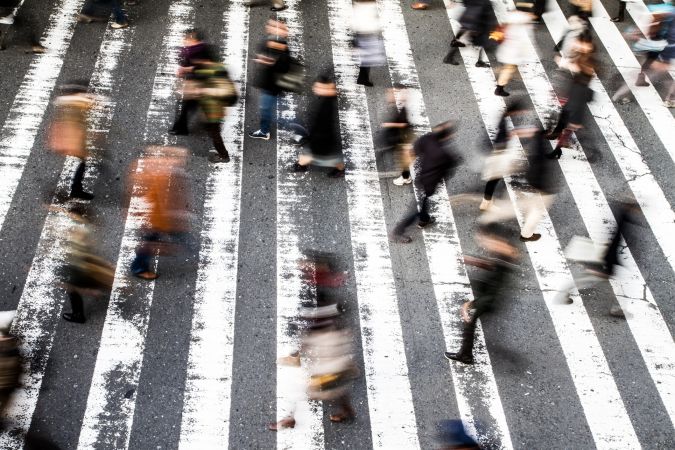 K: The access to mental health care services itself is widely available in Japan. You can find a list of psychiatrists and psychologists in your neighborhood. Materially speaking, the availability is not the issue. What is a bit more problematic is how mental illnesses are approached and treated by doctors.

When I was seeing a psychiatrist, all that I remember from those treatments is that I kept getting prescribed and medicated with antidepressants, the kind that makes you sleepy at a healthy time at night, so your sleeping cycle gets remedied.

I do not remember being asked or talked to about what it is that put me off from going to school, how all the bullying impacted me, etc…

Do you think the language used, itself, pushes people away from getting help? In English it is usually phrased as, “I am hikikomori” or “I was hikikomori,” to say it this way conceptualizes the concept of hikikomori with the actual person. For mental health conditions we say things like, “I have anxiety” or “I have depression,” we don’t say, “I am anxiety.”

K: The grammatical structure of the Japanese language works sometimes without particles, which ends up making the sentence sound like “I am anxiety” or “I am depression,” when you intended to say you have those. Whether that linguistic insight is relevant or not, saying “I am depression” or “I am anxiety” definitely carries with it an objectifying nuance of the conditions.

When you objectify the conditions and talk about them when someone has them, the tone of the conversation feels as if the person had turned into the condition itself, resulting in the misconception that having depression and anxiety is a special challenge of some kind that’s intrinsic to them as a person. 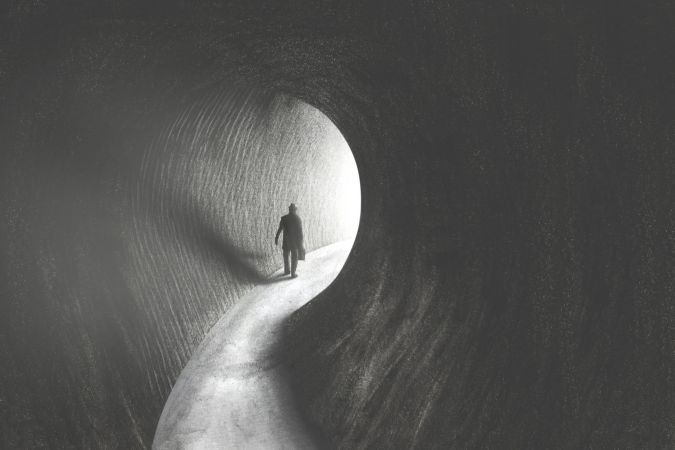 Do you think that addiction (behavioral or substance) plays a role in the daily life of hikikomori? This can be drugs, alcohol, internet addiction, video games, pornography, basically any kind of maladaptive coping mechanism.

K: Yes. Those items can often play a role in keeping a person hikikomori. Generally speaking, the reasons for being hikikomori come largely from the exhaustion of living in society with other people.

Once they find something that gives them true feelings of happiness (that is not necessarily part of mainstream society), it is nearly impossible to drive them back into the mainstream society. Especially one which is massively reliant upon the continual exhaustion of its labor force without any effective remedies.

What is the difference between being a NEET and a hikikomori?

How have public views of hikikomori changed over the years? Especially since the pandemic and isolated lifestyles have become more common.

K: One optimistic change that I hope to see happening is that those who lost work during the pandemic, or were forced to stay home, have gained a bit of understanding that we are always at risk of unforeseeable circumstances that affect our mental health. Becoming hikikomori isn’t really a choice people make willingly. Just as others have seen their mental health decline since they have been forced to stay inside or reduce their contact, hikikomori have had isolation affect their mental health.

To other hikikomori, would you be able to offer advice? Is there anything else you would like the general public to understand?

K: Stop blaming yourself for the situation you are in right now. Give all the demeaning voices in your head the middle finger. You are not a failure. Find joy from within and that might create a new light inside of you. For your whole life, you were always meant for that interest, that passion!

*This interview has been edited for clarity and conciseness

Lillian Loescher is a freelance writer and editor based in Osaka, Japan. She was the former Science editor for the University Observer, a newspaper based in Dublin, Ireland. Lillian likes to spend her free time singing, reading and hiking. For business inquiries she can be contacted at: lillianloescher@gmail.com.

I Know You Are, But What Am I?

Metropolis’ editor-in-chief examines life in Japan as a stammerer

A feast for the eyes, and the heart