The pop drummer on the band’s return

With over 10 million albums sold worldwide, Culture Club holds a special place in pop music as one of the most beloved bands of the ’80s. But internal tensions and the success of Boy George’s DJ career resulted in its members going their separate ways for decades. Despite struggles to complete their first album since 1999, last year, the group launched its first all-member tour in 13 years. As the latest leg of that tour takes them to Tokyo, Metropolis caught up with drummer Jon Moss to answer some questions.

Your single, “Do You Really Want to Hurt Me” from your debut album, Kissing to be Clever, was a worldwide hit. What was it like to achieve success so quickly? 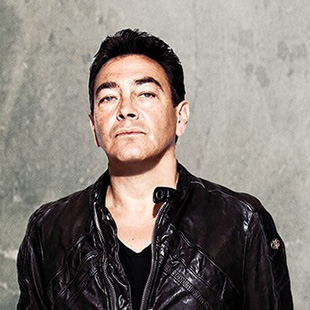 Well, the thing is, it wasn’t quick for me. I’m a bit older than the others, and I had been sort of slogging around for about seven years. And I came from a bit of a wealthy background; I was supposed to go to Cambridge University to study Greek and Law—ha!—and I didn’t, so my parents weren’t very pleased with me. My father said to me “One in a million make it” [as a professional musician] and I said, “Well, I’m the one!”

What I worked out is that what I did was the 20th-century version of running away to the circus. It was great, but I had done it for so long. I just had a feeling when I met George and the band … everything will go right no matter what obstacles you have in your way.

From your perspective, how did the sudden rise to fame affected the other members?

I think it was a bit daunting for everybody. I think George was pretty good, but in the end, he found [it] a bit difficult because he got a bit confused about his persona.

I don’t mean that badly. I mean, I think he used to go out a bit sort of like a rag-and-bone man, because George used to go out and obviously get recognized. So in the process of trying to go out and not be recognized … I don’t know, I’m going out on a limb here, but I thought maybe he got a bit confused with his personas. I’m not saying that he didn’t know if he was Boy George or not, but I just mean I think he found it a bit difficult. I think the others were OK, but eventually it’s got to affect you a little bit. Maybe you don’t make some good life choices when you’re in that position. It’s OK when you’re working, but it’s when you’ve got downtime—you’re very famous, and you’ve got money. That’s when the life choices kick in, and they’re normally not the right ones.

Within two years of Culture Club being signed, you had released two chart-topping albums, an amazing feat for bands in those days. What are some of your favorite moments of those amazing years?

I think the most amazing thing is, in those days, the charts were very important—in England, there was a show called Top of the Pops. There were no video recorders then, and there was no digital television, so when you wanted to watch a program, you had to go home and watch it; you couldn’t record it. It seems incomprehensible nowadays, but you had to watch it. So programs like that had huge audiences, because it was the only way.

You could hear the charts on the radio, but it was no substitute for actually seeing the band on TV. So, having a number one … I remember when we were in Scotland, we were doing a gig in Edinburgh, and we heard that we were number one. And that for me was quite weird, because I thought, “My God, I’ve done it! I’ve actually done it!” [Laughs]  So then it was like, “Uh, now what?” So that was a great moment.

I’ll tell you the weirdest thing that happened to me. I went to meet a friend in Leicester Square in London to see a film, and I went on my own to meet him. I was standing there, and all of a sudden, I was aware of the fact that I wasn’t near any people anymore—from being in a crowd in a queue. And when I looked up, I realized that there was a circle around me with people just pointing to me. It was quite weird because you realized you could be almost like a pig painted purple. Do you know what I mean? People pointing at you like, “It’s it!”—not “It’s him.”

So that was quite a weird moment, when I realized that I could no longer go anywhere on my own in public. I could out with a friend, I could go to a restaurant, but I couldn’t just go meet someone in public. It just wasn’t possible, which wasn’t scary. In a way it was great, you know what I mean? But then, because I’m only five feet and six inches, I had to stop my Napoleon complex from kicking in. I think those are the moments you remember.

A lot of people like their lives, but I woke up one morning and thought, “This is pretty good. It can’t get much better than this.” And I think that’s what happens. But I think that when you realised it, you have to get it into perspective immediately, because it’s only bloody pop music. Being famous nowadays, it’s really weird; I’m don’t know what being famous nowadays means. It just means being “famous,” doesn’t it? It’s very odd. Andy Warhol was right.

It’s been public knowledge for some years now that you and Boy George were dating at the time but kept your relationship hidden. How do you think it would have affected record sales or your band’s career if you had been open about it?

Well, the thing is, it wasn’t that difficult to hide it. It was pretty obvious what was going on … Nowadays you see gay kisses on television and men holding hands in the street—not everywhere, but in 15 percent of the countries of the world; in the rest, you get killed. I think too much was made about that, and I think George made too much about it, because everyone knew we were dating, especially in Japan, where they had cartoons of us kissing with hearts above our heads.

My thing is this, right, whether it’s gay or straight, or whatever it is these days, why do you have to know about somebody’s sexuality? There are plenty of people in the music business and film industry who don’t make their private lives public. I think one of my arguments at the time is, it didn’t matter whether we were gay or straight, or whatever was going on. Why do you have to tell people? They can make their own minds up.

I remember when Liberace passed away, we were on tour in America somewhere, and they were asking his audience, “Do you think he was gay?” And they were like, “No, he wasn’t gay.” They bloody well knew he was gay, but they didn’t want to think about it. And that’s alright with me—as long as they don’t throw stones at gay people or put them in prison, that’s fine with me. You can’t change people’s minds. If people don’t like homosexuality, they don’t. If they don’t like black people, Japanese people, or Jewish people, they don’t. OK, keep it to yourself. You can’t change people’s minds. You can try, right?

I think George did a lot for the gay community, there’s no doubt about that. But I think it’s very clever, whether he meant to do it or not. I remember my brother, who’s straight as a rugby ball, being very attracted to George even when he found out he was a man. He was like, “Well, all right, he’s a man. Well, er … ah, well, actually …”

Many bands like Queen and Judas Priest have hugely benefitted from an alchemical balance of straight and queer members. How much do you feel that contributed to Culture Club’s magic?

[In the band] we have Mikey, who’s a black Englishman. I’m a Jew. George is gay Irish Catholic. And we’ve got Roy, who’s English, whatever that means … bottle of milk. The bigger the mix, the better it is. It’s the modern world, it’s the global age. If I go to a party, and there aren’t at least a few gay people, it won’t be so much fun. A nice mix lightens things up.

To have that in an artistic situation, to have a mix of sexuality and cultures is a great thing. How can it be bad? The global economy is s***, right? It makes people greedy, and it makes everything the same. While the world gets more boring and standardized, people should get more interesting. With a band like Culture Club, I don’t think it could have worked otherwise.

What were some of your favourite moments of dating Boy George, that are not too personal to share?

When I first met George. When you meet someone special, and you feel a spark and a frisson. I’ve been married and I had children, so I didn’t completely understand, but I wasn’t afraid of my feelings. It’s that wonderful feeling when the clouds part, and you know your purpose, and you just want to be with a certain person. It can be painful as well, but if it goes well, it’s the best feeling in the world. It’s what everybody wants.

Can you tell us about the new album you started recording in 2014, tentatively called Tribes, and how it’s coming along?

It’s a great album. It’s finished, but unfortunately George’s manager just died of cancer a while ago. It was very sad. He was a wonderful manager. Now, George has found a new manager and we’ve completed the album, but I’m not quite sure what’s going on with that. You’ll have to grab George in Tokyo and ask him about that. I can’t really comment on that subject without getting quite heated.

You are now on a world tour as a full band. Will the band bring something new to the shows in Tokyo, or will it be a greatest hits package?

The last time we went out, we got great reviews. For this new tour, we’ve gotten unbelievable reviews. I have to say, George is absolutely brilliant on stage, particularly on this tour. His persona has completely changed. He was very rude before, and he got a bit bossy. He’s really fantastic on stage [now]. And it’s not so much a gig as a show—the main things is that it’s a big show. We’ve got a 15-piece band. It’s a really good show, and I couldn’t say that myself unless I really felt it.

The difference is that Culture Club in the old days was a bit of a circus, and it was great for [that time]. How does a band like Culture Club grow up and mature? Well, we’ve done it.