The fine line between career-driven and workaholic

Have you seen the Japanese version of The Office on SNL? In this clip, characters from the American version of The Office parody Japanese office customs. Michael Scott says a line in Japanese, “日本で一番おもしろいボスです (I’m the funniest boss in Japan).” When the boss walks into the office, all of the employees stand up from their chairs and apologize—“sumimasen” (I’m sorry)—and then practice a morning exercise called “radio taiso” in the meeting room. You might find it hilarious, you might find it racist, but if you strip away the stereotypical accents you’ll see some truth in the office customs they’re parodying.

Japan is one of the most popular travel destinations in the world and the number of inbound visitors has increased dramatically in the last few years. But when it comes to foreign nationals working in Japan, the numbers have dropped drastically. Not a surprise when you know how difficult it can be to work here. 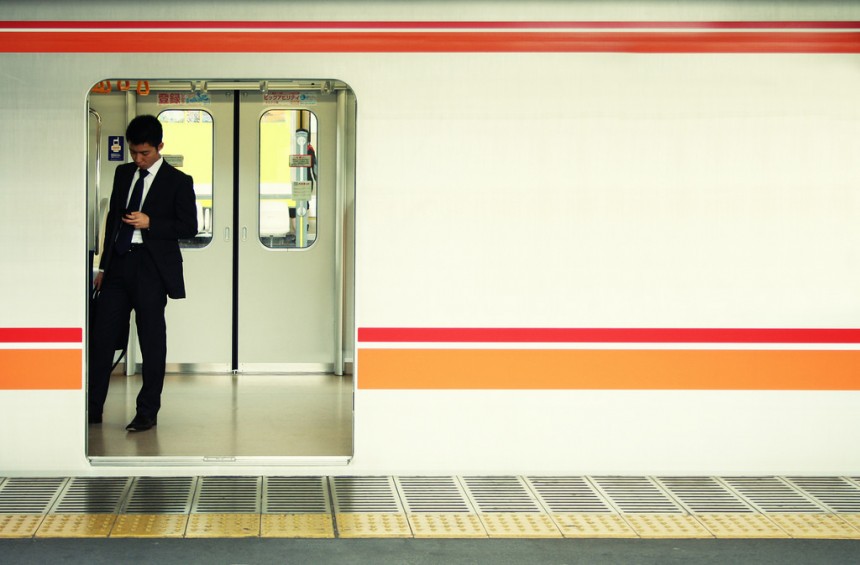 There are so many weird and strange rules that only apply in Japanese offices. Let’s start with “radio exercise” that was shown in the clip. It’s a morning exercise with music that Japanese students practice in schools. It carried onto office environments and some traditional Japanese offices still practice it. When I visited a Japanese headquarters from New York for training a few years ago, I saw they actually did morning exercises every day. I asked why they do it, and one of the middle-aged guys told me proudly, “for your health!”

People wear different masks when they go to work. They don’t talk about their private life, there is no coffee break culture, and casual conversations and small talk doesn’t exist. When I was working in New York, my colleagues always asked me, “how was your weekend?” or “what’s your plan for the weekend?” as a part of daily communication. In Japan, it is seen as a way of slacking, and people go straight to their desks and start working immediately, even after they come back from a long vacation (by long I mean three days). But then when you submit a day-off request form, you have to state why you’re taking a day off.

The most used phrases in Japanese offices are “excuse me” and “sorry.” Everyone is apologizing about something all the time. If you’re taking a day off, you say “I’m sorry for being sick and missing work.” On Mondays, I receive a lot of emails saying, ”sorry to get back to you late,” even though it was a weekend and I didn’t check my inbox. On other occasions, I’ve heard people saying “頂いたお電話ですみません” which means, sorry for telling something else other than what you need to tell me on this call because you call me first and you own this call. I’m not sure why it is so wrong to say what you are supposed to say on the phone just because they call you first, but that’s the kind of thing you need to apologize for.

Another strange line is “取り急ぎ、用件だけで失礼いたします”  It can translate to “sorry for not including all other necessary sentences” used for executing quick emails with only necessary content. This sentence puzzled me because I thought the purpose of emails should be to say what you need to say, but it wasn’t the case in Japan. There is a specific format you have to follow and phrases you have to use in emails, phone calls and all other business matters. While I was writing this article, I received an email article on “Phrases to Avoid at Work” written in English,  and one of the words was obviously, “sorry.”

Though the office layout is more “open” in Japan, this means desks are cluttered together to make an island rather than an individual cubicle with walls around it. I experienced both, and Japanese office designers need to understand that “open” doesn’t mean having no privacy and listening to all of your coworkers calls and conversations. Being watched all the time gives so much pressure to work nonstop and you cannot even take a quick break because your boss is watching you.

The word karoshi (death by excessive work) is a Japanese word and you can see why. On Christmas day in 2015, a young woman named Matsuri Takahashi committed suicide due to overwork. Also, at the end of 2017, it was reported that Japan’s public broadcaster NHK apologized over the death of a 31-year-old journalist who logged 159 hours of overtime in 2013. It is ostensibly bullying in the office. Even when not too busy, Japanese employees feel pressure to stay until their bosses leave the office.

Japanese offices can be very toxic. It destroys you physically, mentally and emotionally. The scariest part of all is that it’s a form of brainwashing. Because overworking is the norm and everyone else follows it without questioning, you might start to think that it’s normal. Being able to go back home at 10pm isn’t bad when your friends in other companies stay until the sun rises. It isn’t bad that you have to clean the office when your friend is being harassed by her boss and she cannot say anything because she’s scared of losing her job. Some people might think that’s what it means to be “professional.” Having responsibilities, working really hard and proving to everyone in the office that you are able to perform the job. Only by then you have lost sight of your limits and your body and mind start to suffer.

Nomikai (drinks after work) culture is another burden Japanese employees have to bear even after working hours. And gender equality isn’t even discussed because nobody sees it as a problem. The receptionist Pam was giggling the whole time in the clip. That’s exactly how women are asked to behave in Japanese offices. They are like a company toy. Cleaning the office and answering calls are some of the tasks assigned to women. Japan fell to 163rd out of 193 nations for female representation in parliaments in 2016. It’s very low considering it’s a first world country.

The Japanese government is trying to change the way Japanese people work as a part of “work style reform.” Premium Friday is one of the efforts to cut down on overtime, but it’s not as effective as they hoped. In fact, only 11% of employee took part in 2017. Making policies is important, but more than that, people’s mindsets needs to change.

Born in Japan, grew up in New York and lost in Tokyo at the moment. Writer. Traveler. Yogi. Hiker. Always chasing a cat and searching for home.