Eri Uchida, one of a few female members of legendary Japanese taiko drum troupe Kodo, spoke with Metropolis on the eve of a performance focusing on the group’s men. Uchida told us about Kodo’s new work Mystery, its first to feature women in central roles.

How did you come to join Kodo?

I decided to attend Kodo’s apprentice center when I saw Kodo in Vancouver, while I was at high school in Canada. After two years of apprenticeship, we are able to perform on stage with the other members. 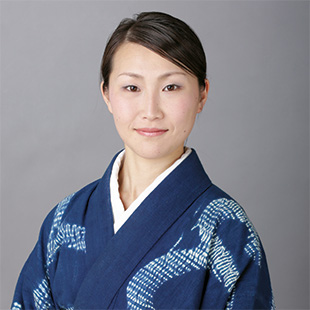 Women seem relatively new to the world of taiko. What are the challenges?

Women are not so new to taiko as a performing art, which has been around only 50 years or so. In fact, most amateur taiko groups are composed mainly of women. However, Kodo is composed mostly of men, and there are lots of challenges as professionals. First of all, the size of the taiko; the taiko that we use are so large that even some men can barely make a good sound. Therefore, it is even more challenging for female taiko players.

Taiko seems to be getting very popular worldwide. Why do you think this is?

Taiko is essentially one of the easiest instruments on which to make a sound. So it is very easy to start. Taiko cannot be done alone; whether it is for performance, preparation, or actually building the drum, a sense of togetherness is required. I think as individualism becomes a common value worldwide, people’s hearts need this sense of community.

Tell us about your most special experience so far as a member of Kodo.

It is very difficult to choose one experience. The entire experience is special to me. Touring is life-changing. Your views and values change a lot in a short period of time. The sunset from the tour bus, the freezing weather I have never experienced, communication with local staff without language barriers, the encounter of dangerous suburban areas … the ability to find new answers when I’m feeling stuck. These are some examples of touring experiences that led up to my performances. I am very thankful to Kodo for giving me this opportunity.

Tell us about your role in the new piece Mystery.

I think the audience will enjoy the presence of women in Mystery, because we have created both theatrical and comical pieces featuring women in the production. Women are usually not heavily featured in Kodo’s productions, so Mystery is a rare opportunity to enjoy the female presence.

Why do you think artistic director Tamasaburo Bando chose to feature women strongly in Mystery? Are women mysterious?

Bando has thought about the role of women in Kodo since the very beginning. As he plays female roles in kabuki, he taught us how to behave and act as women on stage. I think women are mysterious in that they have the ability to create a new life inside their body. However, women are not central to the mysterious aspect of this production. Female performers have an important role to lighten the atmosphere on stage, and to provide a sense of comfort and humor with their charm. I think it was a big challenge to feature women in Kodo, which has a strong image of male performers.

Where do you see yourself in ten years?

That’s a hard question. I feel like I am reborn every time a tour ends. I don’t know what I will be doing in ten years since my priorities change quickly. All I know is, I’d like to have a child someday and want to live for others.

What does music mean to you, and why do you think music exists?

Music for me is healing, joy, and makes my life rich and prosperous—but also [is] the biggest worry since my job is music. If I limit this topic to taiko, I’d like to introduce an idea that a psychologist once offered on the subject: “Human beings have an element of ferocity. Unlike robots, we kill other species in order to survive. Humans may develop mental illness when the balance of these ferocious instincts collapses. The action of hitting the drum provides a very important influence to achieve that balance mentally. Therefore, taiko drumming  maintains wellness for human beings.” Expanding from this idea, I believe that music has a universal power to heal anyone’s mind in our current society.