The World Through His Lens: Kohki Yamaguchi

From collaborations with BMW in Germany to hitting up locals across the world in search of the perfect shot, the Japan-based photographer and videographer Kohki Yamaguchi lives a lifestyle far from the typical 9-to-5. Metropolis sat down with the artist to discuss his career and how modern-day creatives are breaking the mold of work.

M: Do you remember the turning point in your life when you realized photography was what you wanted to do?

KY: I remember the exact day and moment actually. It’s honestly pretty crazy how it all started for me. I met a photographer in Nara Dreamland, one of the most well-known abandoned amusement parks in the world. It’s since been demolished but when I visited it in 2016, I met this photographer and we got along really well. We ended up returning to Tokyo together and we decided to shoot Shibuya Crossing, one of the most iconic places in Tokyo. We really wanted to capture something different and so we challenged ourselves by going to the top of the 109 building. The building is now open to the public but at the time it was only open for the staff and workers. We snuck our way in and climbed the fence to take some photos. I just remember that amazing feeling of witnessing the scramble from above. It was a whole new perspective on life for me. It was something I had never really thought of before, the world from above. It was at that moment that I fell in love with photography and I realized: this is what I want to do for the rest of my life. 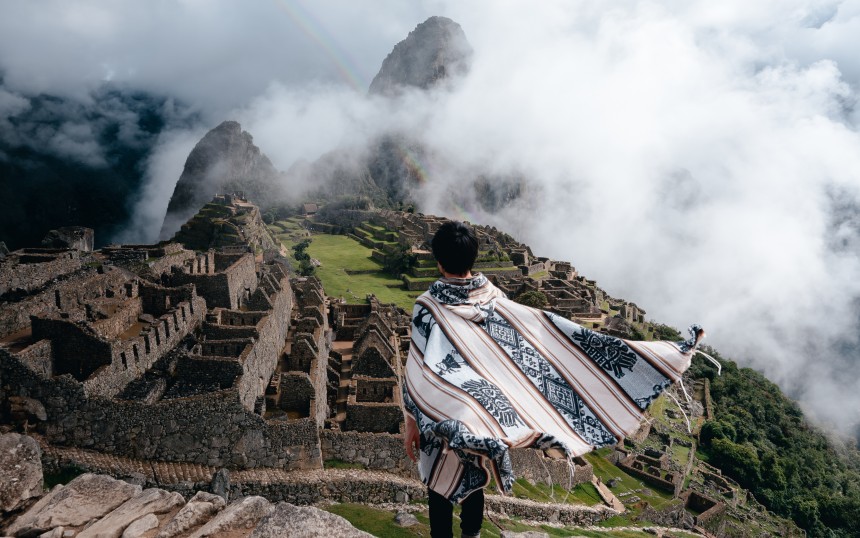 M: What has been one of your biggest career achievements so far?

KY: I recently collaborated with BMW (in Germany) so I feel like that was a very big career achievement for me. To have a company like that reach out just based on what I put out on social media and the internet was pretty mind-blowing. But I think the number one achievement is probably the first job that I ever got, which was with The North Face shooting for their new Urban Exploration series in Tokyo. I shot and modeled the new line for them, so it was like a really big motivational experience for me. That’s definitely the most memorable job or achievement so far, for sure.

M: What has been one of your most difficult experiences so far in your career and how did you overcome it?

KY: There’s a lot, but the most difficult, I think, is working with clients, especially Japanese clients because of how differently they do things. Emails and things are all so formal and organizing a shoot takes a lot of time. You also have to be careful with the wording because pitching ideas or campaigns to brands in Japanese is not as straightforward and simple as it is in English. I’m also really bad with kanji so that’s a very personal challenge for me. To overcome this, I know that I just got to keep writing more and more and doing a lot more work with Japanese clients.

M: Many artistic individuals experience creative block or loss of motivation at some point in their careers. Do you ever find yourself lacking inspiration or motivation? If so, what do you do to overcome it?

KY: I don’t think I ever run out of ideas and I have a lot, which is a blessing, but there are definitely times where you just can’t get yourself to do it because of a lack in motivation, I think everyone needs to find what gets you that hit of dopamine because that’s the thing that keeps you going. I overcome it by turning to my greatest source of motivation: my followers. They provide me with feedback and a lot of people tell me that I inspire them to start photography or I inspire them to create something different or try something new. That is truly inspirational to me. 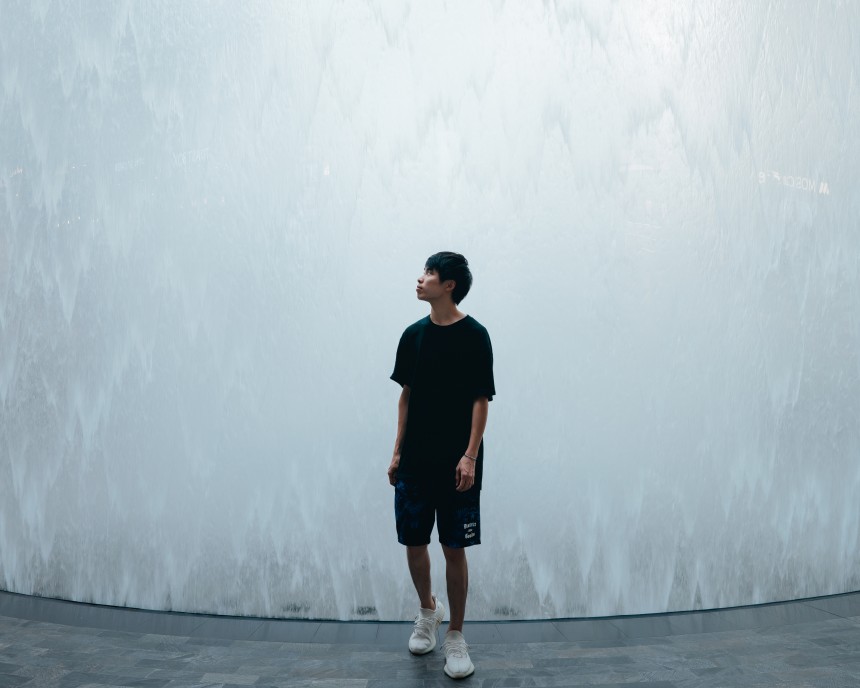 M: You have amassed a large following online, most notably on Instagram. How has social media allowed you to develop and grow as an artist?

KY: I think that social media is, if you use it right, one of the best platforms for creatives. You get to meet people, create and share stories — not just photos but every creative idea you have. A lot of what I learned and what I know, especially with photography and videography, was from social media — particularly YouTube. And as an artist, it’s amazing to be able to see and get inspired by other artists around the world while simultaneously inspiring them with your own work. It’s just a giant domino effect.

M: What are some things you wouldn’t have been able to do without the popular SNS platform’s influence?

KY: Meeting people around the world is definitely something you cannot do. Because of social media, you can hit up with locals who know and show you more than just the landmarks and all the regular spots that tour guides take everyone to. It just blows my mind that I can land in a country, put up a post on Instagram and be like: “Hey guys, I’m in this country right now, who wants to hang out?” Despite their busy schedules, there are so many people that reach out to me and offer to drive me and my friends around. And we then do the same when they visit Japan. So, for the most part, it’s just a great community that wouldn’t exist without social media.

M: In your experience, how has the internet and SNS changed the ways modern-day creative individuals work compared to the work of those before these technological advancements were introduced?

KY: I think absolutely anyone has the opportunity now, but in the past, photography was much harder to get into. You would probably need some sort of connection, or you would have to graduate from a specific university. Honestly, right now you don’t even have to go to high school, you can brand yourself and start a career just through social media. I think it’s easier now, but it’s still important to understand that — as with everything — it’s not just rainbows and sunshine, there’s so much more to it and there’s new-age difficulties that people new to the business now face.

Another thing is the way I receive work now is way different from how it used to be. The brands and companies now cut the middle man, so they no longer need to contact Dentsu or other media giants. They don’t want to receive work from a massive crew because they can now hit up one content creator and experience a much smoother process. Hiring a single creative cuts out all the budgets and fees, so for industry giants like Dentsu, they really hate creators because we’re starting to take their jobs and opportunities. It’s just the way of the new era, and there’s not much that can be done about it, but I think it will start to have a huge impact on these companies.

Here, have a sushi? w/ @whatthechic

M: Where do you see yourself and your career five years from now?

KY: That’s honestly a really scary question because social media is how I receive the majority of the work I do. Instagram is owned by Facebook, Inc., namely Mark Zuckerberg, and we all know what’s happened to Facebook, so there are now a lot of opinions on the fate of social media — especially Instagram — and many are highly negative. The truth is, Instagram’s future is uncertain. Also, in terms of content creation, just doing photography isn’t enough anymore. In a year or two, videos will be what will get you up in the game, while photos will just keep you stagnant. Soon, I want to be completely switched to video-focused. For me, that’s how I started. I did film as my major so it’s still the direction I want to head towards.

M: Do you have a favorite place to shoot in Japan and overseas?

KY: My favorite shooting location in Japan is the Chureito Pagoda in Yamanashi Prefecture. It’s the photo you can capture with the Mount Fuji backdrop and every season the leaves change and you get cherry blossoms. It’s very iconic now, and some people may say it’s kind of overrated, but I still like it because I’ve shot there so many times. It was one of the first landscape photos I took in Japan. Choosing a single overseas shooting location is really hard for me. It’s between Santorini, Greece and Venice, Italy. Both choices are solely based on color alone, but ultimately, I have to choose Santorini. Even though it’s very limited and you can’t really shoot a wide range of things, I guess I’m just a sucker for a blue and white color palette.

M: Do you have a message you’d like to share with those who are aspiring to become a professional photographer?

KY: Just pick up a camera and keep shooting and just don’t stop. That is what I did for one year straight. I would grab my camera, go out and, because I used to do rooftops at the very beginning, I would just look up the whole time for a spot to shoot. It’s crazy because at the same time I realized that so many people are always looking down and on their phone looking down. But if they were to look up, they’d see how a specific place or building could have a specific angle and view or perspective of the city. You can watch a million tutorials on YouTube but if you don’t actually go out and shoot, you’re not going to learn anything. I think that real-world experience is everything, going out there and just pushing yourself creatively.