The latest edition of the Japan Grande Classico Music Festival, organized by the European Foundation for Support of Culture and the IlluminArt Philharmonic Orchestra, shall soon be landing in four cities across Japan, with the country-wide tour taking place between May 9 and 28, 2021. The orchestra, led by Artistic Director Tomomi Nishimoto shall be presenting four concerts in all, in the cities of Osaka, Tokyo, Nagoya and Yokohama, throughout which they shall be joined by guest conductor Toshio Yanagisawa, along with five internationally-renowned, award-winning soloists, namely pianist Yoshihiro Kondo, percussionist Daiki Kato, violinist Tomoko Kato, violinist Asa Nakajima and cellist Nobuo Furukawa.

The European Foundation for Support of Culture’s (EUFSC) celebrated Japan Grande Classico Music Festival is set to mark its return to the classical music world’s calendar of events, as the industry begins to make its revival following the disruptions brought about by the global covid-19 pandemic.

Organized by the EUFSC in collaboration with Japan’s own famed IlluminArt Philharmonic Orchestra, the 2021 edition of the festival shall see the orchestra traveling to four different cities in Japan, where they shall be collaborating with a number of renowned international soloists to deliver a rich and varied program of classical music.

The IlluminArt Philharmonic Orchestra’s Artistic Director Tomomi Nishimoto, who is widely regarded as one of the premiere conductors in the world of classical music, shall be leading the orchestra throughout the tour. A highly respected and influential figure in Japan’s cultural milieu who is also the youngest ever recipient of the Vatican’s Honor of Fondazione Pro Musica e Arte, Nishimoto has collaborated with a myriad of distinguished musical institutions around the world since finishing her studies at the Osaka College of Music and Saint Petersburg State Conservatory in Russia, including the Royal Philharmonic Orchestra (UK), the Hungarian State Opera House, the Monte Carlo Philharmonic Orchestra and the Prague State Opera. She has also conducted the American Symphony Orchestra in her Carnegie Hall debut, and is often invited back to the U.S. as a regular guest conductor for several orchestras.

Fumiya Koido: How the tragedy of the Tohoku earthquake sparked a young pianist’s career

The tour itself will kick off on May 9 at the Symphony Hall in Osaka with the participation of pianist Yoshihiro Kondo, before moving on to Tokyo where the orchestra shall perform at the city’s Kioi Symphony Hall on May 14 under the baton of the internationally-acclaimed guest conductor Toshio Yanagisawa, alongside percussionist Daiki Kato. May 21 shall then see the tour progress to Nagoya, with the orchestra set to join forces with violinist Tomoko Kato for a concert at the Aichi Prefecture Arts Hall, before rounding everything up with a trip to Yokohama and a performance at the Kanagawa Prefectural Music Hall on May 28, in collaboration with violinist Asa Nakajima and cellist Nobuo Furukawa.

The festival’s repertoire has been specifically chosen to offer audiences a wide-ranging selection of music from some of the greatest composers in music history, ranging all the way from the classical era to our own times, with the musicians set to interpret works by Ludwig van Beethoven, Claude Debussy, Johann Strauss II, Aram Khachaturian, Nikolay Rimsky-Korsakov, Edward Mirzoyan and contemporary composer Alexey Shor.

Speaking in particular about Shor’s works, Nishimoto declared that “I am very happy to introduce Mr. Shor’s work to so many people,” when she commented on how his music gives one the impression of “memories of traveling to various lands,” adding that “I feel like my ancestors are existing in the music so that his music stimulates a nostalgic feeling.”

This 2021 edition of the Japan Grande Classico Music Festival follows up on the highly successful 2019 incarnation of this festival, and marks a welcome return to Japan for the EUFSC, which was also behind the inaugural 2019 event. The Malta-based foundation takes it upon itself to promote and support numerous musical and artistic projects around the world throughout the year, fostering the growth and development of cultural appreciation all over the globe through a series of masterclasses, academies, festivals, concerts, competitions and other events, leading up to the world-renowned InClassica International Music Festival, which the Foundation holds every year. 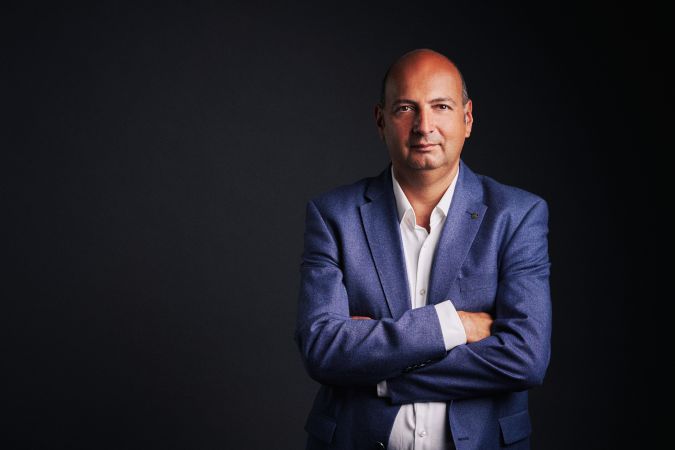 Konstantin Ishkhanov, President of the European Foundation for Support of Culture

“I am extremely happy to announce the return of our wonderful Japan Grande Classico Music Festival, especially after all the tribulations that our industry has had to suffer over the past year. The 2019 edition of this festival is fondly remembered by all of us here at the EUFSC as a magnificent celebration of classical music, and I have no doubt that this 2021 edition shall leave us with equally happy memories, especially since we shall be collaborating with the unparalleled Tomomi Nishimoto and the IlluminArt Philharmonic Orchestra. The EUFSC has always prided itself on its international remit, and through its collaboration with some of the most esteemed musicians in Japan, this project shall be honoring our Foundation’s aspirations to be a catalyst for cultural events not just in Europe, but all over the world. I would like to thank Tomomi Nishimoto and all our guest soloists for supporting us in our vision, and heartily trust that that festival shall prove to be a memorable and enjoyable experience for all.” – Konstantin Ishkhanov, President of the EUFSC.

The Japan Grande Classico Music Festival will take place from May 9 to 28, in various locations across Japan.