“No one knows what will happen tomorrow.” For the promising young pianist Fumiya Koido, this is not merely another one of those generic life quotes. Koido really does aim to live every moment doing his best. The Japanese musician was born and raised in Kamaishi, Iwate, and only played the piano for himself until experiencing the Tohoku earthquake in 2011. Now based in Italy so that he can pursue his musical career, Koido has won numerous competitions abroad alongside prestigious ones in his Japan homeland. The artist opened up to Metropolis about his passion, mission and journey.

Metropolis: When did you start playing the piano?

Fumiya Koido: My earliest memory of the piano is when I was three years old. There was a piano school near my home and I wanted to take lessons, but I was told that I was too young and must wait until elementary school. So I waited. As soon as I became an elementary student I went back to the piano school and started taking lessons.

M: Did you want to be a professional pianist when you started?

FK: Actually, no. I enjoyed playing the piano, but didn’t expect to be a professional pianist at the time. I remember when I was in middle school, I wanted to be a doctor because my body was weak. That’s why I decided to move to Morioka — I just thought that if I go to the best high school in the prefecture, it would surely help me in the future. When I was about to enter high school, the Tohoku earthquake in 2011 happened and everything changed entirely. I didn’t even have a piano in my student dorm and I couldn’t even begin to think about piano in the middle of such a tragedy.

M: How and when did piano come back into your life?

FK: At the end of my first year in high school, a person I knew from a music production company in Tokyo reached out to me asking if I wanted to go to Vienna with them. Also, that same winter, the Japanese famous conductor Yutaka Sado came to Morioka for a charity concert. It was the first time in a while that I saw classical music live and it was truly amazing. I was deeply impressed. These experiences made me realize that I wanted to play the piano again, to give hope to people suffering from the earthquake. Piano has such a power. I hope that people experience the power in my piano performances as I do. 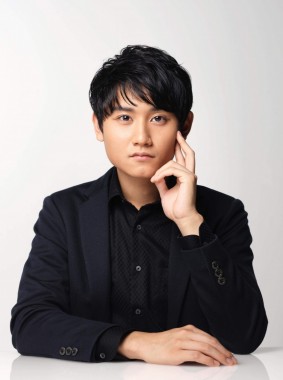 M: Your high school has a good reputation for academia and everyone studied there for further education. Do you think your time in this high school helped you in some ways?

FK: If I’m being honest, I don’t know. When I was just a typical high school student in Morioka, not really knowing what I wanted to do with my life, I think that Sado’s performance was able to totally blow my mind and jolt me into wanting to play piano again. I probably wouldn’t have felt that way if I had gone to a high school in Tokyo to exclusively study piano. I never thought about what I should have done or “what ifs” in my life before. No one knows what will happen tomorrow. I don’t look back. This is just how my life turned out.

M: You left the basketball team at the end of your first year, which was considered as a taboo thing to do in your school. Everyone else was studying intending to go to major universities in Tokyo. Did you have any concerns about being different?

FK: Not at all. Despite my piano success, no teacher allowed me to leave the basketball team until my parents came to the school and talked to them. They asked me to stay in the basketball team for three years and to keep attending classes, but I left the team for piano. I was sure piano was what I wanted to do. If you know what you want to do, why don’t you start now? I was never worried about doing something completely different apart from when I found out I didn’t have enough credits to graduate. I had to shovel snow for a week to cover my low attendance.

M: You won the 87th All Japan Music Competition in October 2018 and made a triumphant comeback to Kamaishi for your own recital following April. Could you tell us a bit about it?

FK: I was so excited to perform in my hometown. It all started with the tragedy. I started playing the piano so that I could perform in Tohoku to support those people, like how piano saved me when I was in high school. The audience gave me such a warm welcome and my friends and some of the teachers from my school came to see my performance, which gave me a feeling of community. I never felt this way anywhere else. This has been one of my goals as a pianist. It was such a special night. 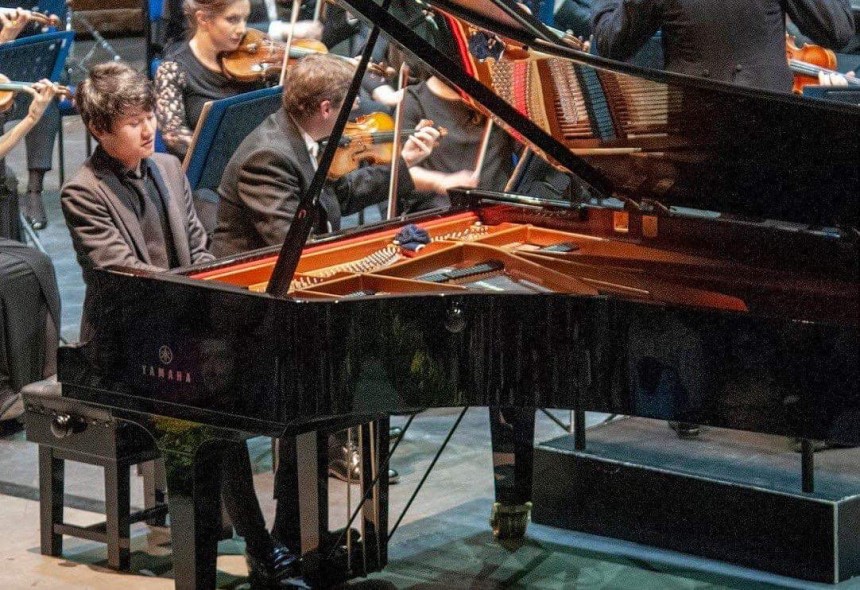 M: Do you have any memorable moments from your performances?

FK: My graduation recital at Tsukiji’s Hamarikyu Asahi Hall. It was on March 11 by chance. I was weirdly calm all day. I heard a lot of news about it on that day. I couldn’t help thinking this must mean something. I was thinking about the people from home while performing and it all went well.

M: Do you have any other goals you would like to achieve in the future?

FK: The Russian pianist Alexander Scriabin is one of my favorites, but he’s not popular in Japan yet. I would like to play his songs a lot so that more people know how amazing he is. I played “Scriabin’s Sonata No.2” when I won a big competition as a high school student. Although musical symbols are very limited in classical scores, it felt like I could easily understand how Scriabin would expect me to play. Scriabin taught me how to approach other pianists’ work. He opened up more possibilities to be a pianist.

M: How do you understand or relate to music with no lyrics?

FK: I believe we all have feelings that no words can express, or feelings that fall somewhere between two different words and there’s no right word for it. Classical music can be a more valid method to show one’s feelings than modern pop songs in some cases.