Designer sweaters, stroller rides through Ginza and hundreds of thousands of followers on Instagram — the life of a pampered pet in Japan knows no bounds. However, on the opposite end of the spectrum, life can be filled with neglect, stress and even the threat of carbon dioxide chambers, leading to an untimely, painful demise. 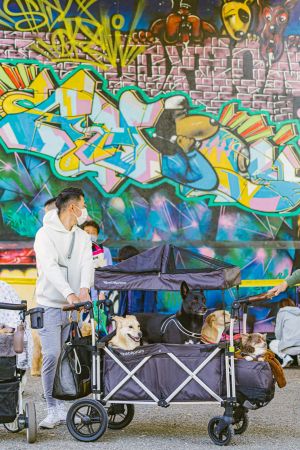 Dogs living in luxury at the 2021 WanWan Carnival | photo by Local Maze.

For most of Asia, bringing animal rights into action is like mixing oil and water, and Japan is no exception. With massive dolphin hunts, dog fighting and a village in Sendai filled with obese foxes, the Japanese government has proved time and time again that culture — and more importantly, money — come before animal welfare. Estimated to be worth ¥1.7 trillion, it’s honestly no surprise that entrepreneurs, politicians and yakuza alike are all trying to get a piece of the pet industry pie.

Before you start firing off angry tweets, please know that there is no intention of painting Japanese people as money grubbing savages sacrificing puppies to amaterasu (Shinto sun goddess). In fact, the numbers paint a very different picture. 73% of Japanese consumers don’t even own pets. 70% of those who are pet parents spend an average of ¥3,000 a month just on grooming them. With the increase of bold youth and animal rights activist groups, things are slowly moving in the right direction for the animals who don’t live the good life.

However, for many, slow isn’t fast enough. In a good year, about 32,000 animals are killed in shelters in Japan; in a bad one, that number can reach 100,000. Luckily, there are a few selfless people doing what they can to help, like Mina Martinez at AnimO Animal Sanctuary.

Waking up at 4 a.m. in a room surrounded by dozens of birds, snakes and a meerkat might sound like a fantasy to some, but for Martinez it’s the start of her workday. With over 120 animals — including chickens, dogs, cats, reptiles, birds and a pig named Kevin Bacon — all rescued from the streets, animal cafes or hoarders, Martinez gives everything she can to the creatures she loves. 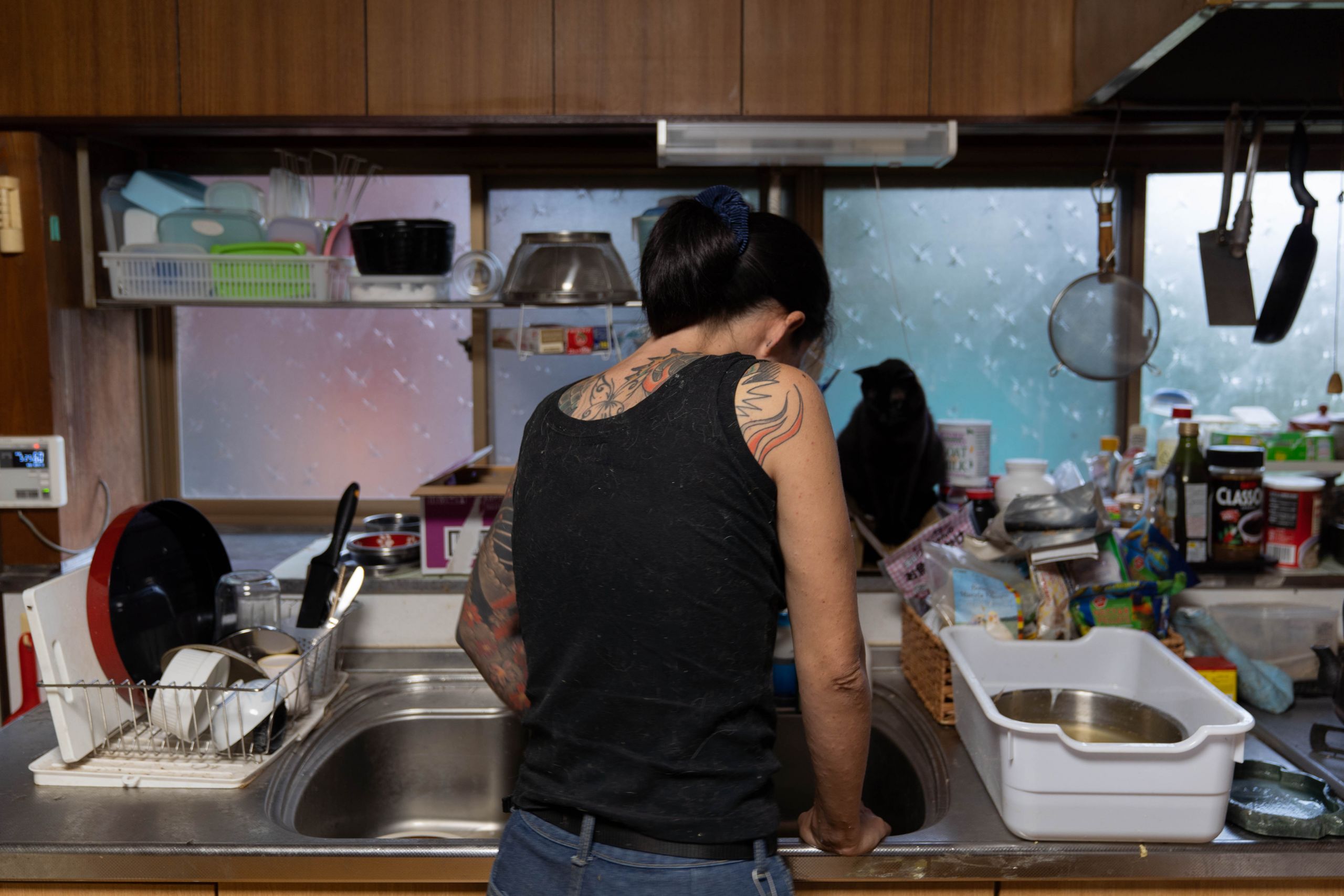 The sanctuary runs through Martinez’s tireless work and donations from animal lovers. You can help by visiting the sanctuary’s Patreon page.

“I guess it all started in 2012 when I was asked to take in a pitbull puppy,” says Martinez, as she cuts up raw chicken breast for some crows. “I wanted to learn more about them and ended up volunteering at a rehab center for fighting dogs. We would rescue abandoned fighting dogs and do our best to teach them to be proper house pets.”

Before she knew it her little apartment was filled to the brim with animals, channeling her inner Ace Ventura. Martinez eventually got to the point where she didn’t have the capacity to accept any additional animals. 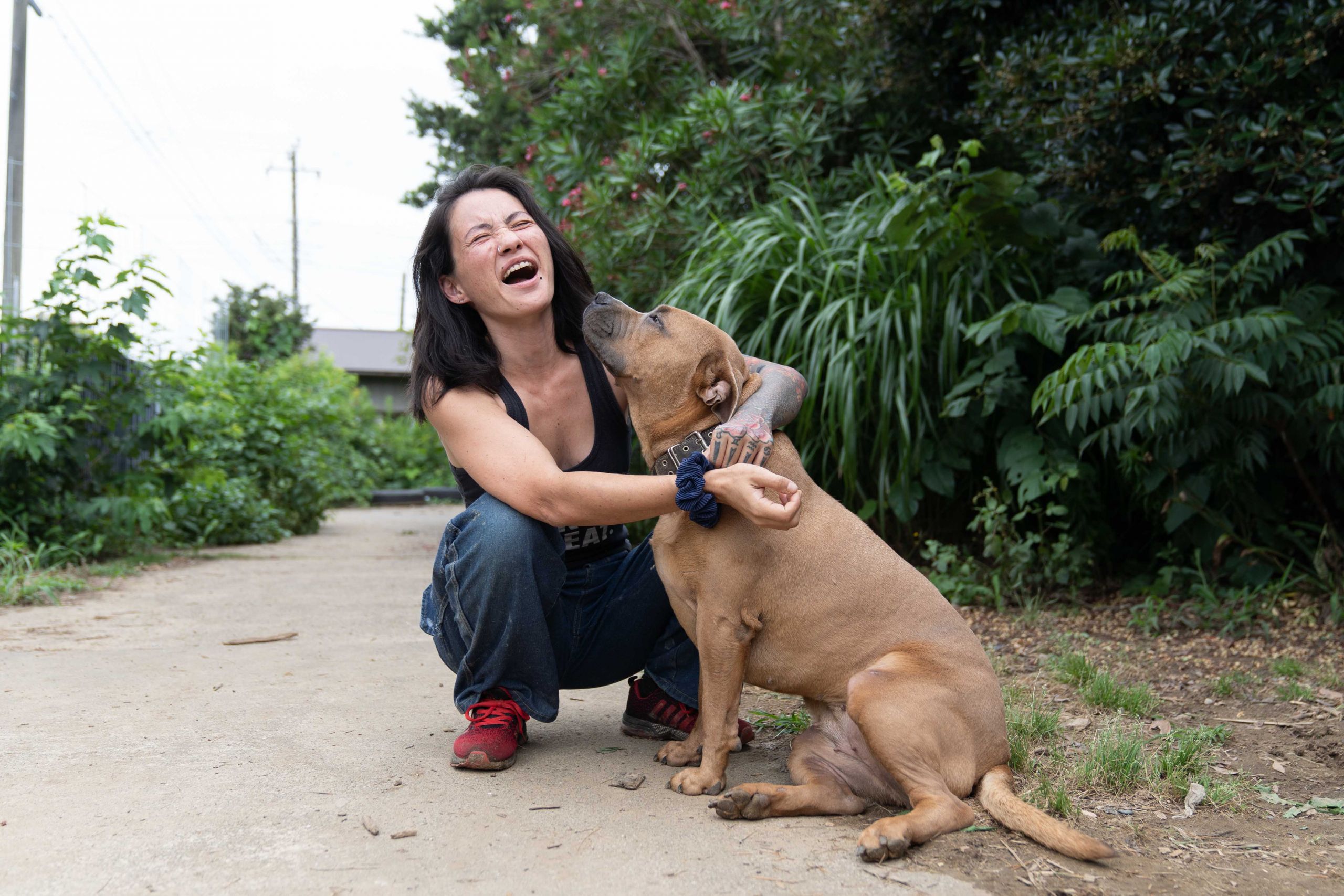 “Once word got around that I accepted cats with leukemia, I started getting cats from all over Japan,” says Martinez, while addressing the five cats at her feet. “When I had to stop accepting new ones it hurt knowing that I couldn’t do more.

“I wanted to help more animals, so I quit my job, left Tokyo and moved to this huge house in Chiba. It hasn’t been easy. But with the help of my savings and donations, I’m able to make it work.”

Martinez’s average day begins with walking her dogs — one of which is a half borzoi, half great Pyrenees, which you might mistake for being Falkor from The Neverending Story — and ends when the birds decide to sleep. From feeding, cleaning, administering first-aid and playtime, Martinez is usually on her own to care for the animals. 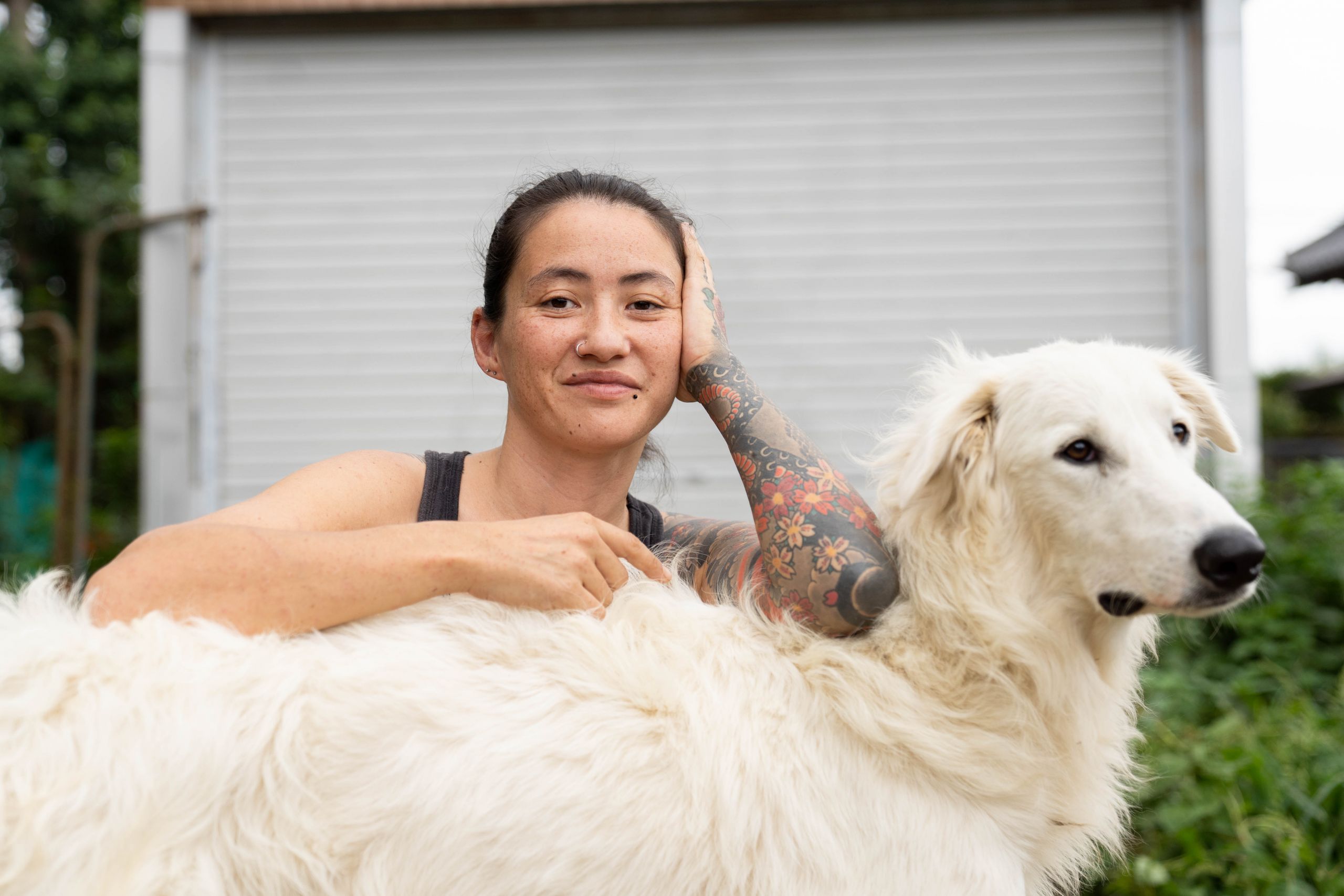 This half borzoi, half great Pyrenees dog ended up at Mina’s Animal Sanctuary after its owners moved homes.

“The most time-consuming part has to be cleaning enclosures, changing out water and dealing with picky eaters,” laughs Martinez as she hand-feeds Batman, a juvenile crow. “Volunteers are great, but it can be really hard to find someone who is willing to get dirty and not just here to take cute photos with animals.

“What usually happens is someone comes out once to help, they realize just how much work it is and I never see them again. What makes it even tougher is that a few of the animals only accept being handled by me.” 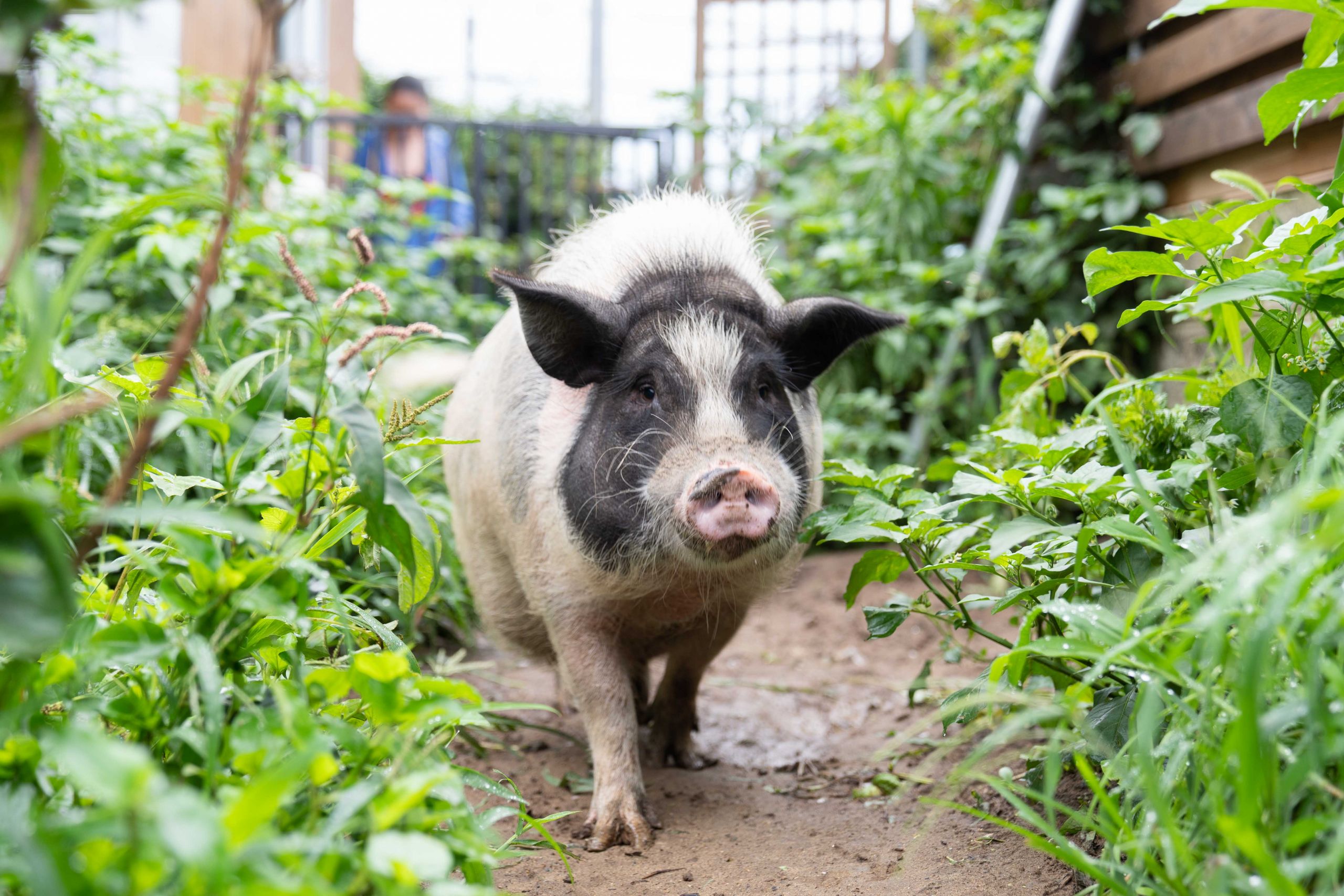 Usually donning jeans and a t-shirt that’s reminiscent of a Jackson Pollock painting — instead of paint though, it’s a mixture of dirt, food, fur, feathers and guano — Martinez can at first seem a little stand-offish, but once an animal is within grasp it’s all smiles.

According to Martinez, this love and fascination of living creatures began when she was a child in London, taking care of fallen nestlings with her mothers guidance.

“I might have done a lot of things wrong back then — because the internet wasn’t around yet — but I always tried my best to help them,” Martinez recalls.

Whether it’s giving animals a fighting chance to live or drop-kicking an opponent in a dojo, Martinez has always been somewhat of a fighter. Unfortunately for her, this also meant fighting her own demons.

“I first moved to Japan to help out my elderly grandmother,” says Martinez. “She was alone at the time and I felt like I needed to help. At the same time, however, I was an addict. 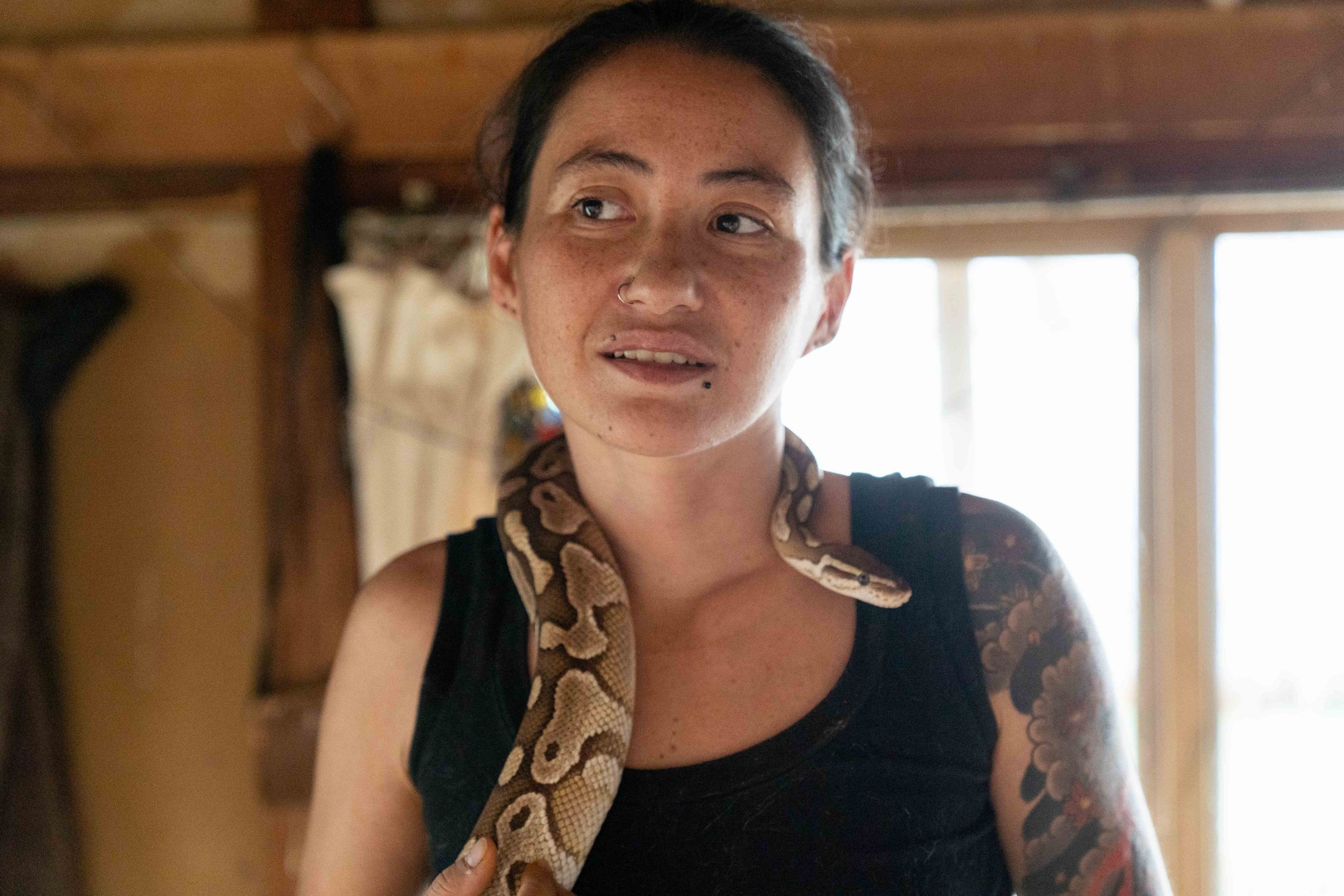 “I lived the most unhealthy life imaginable. Not just for my body, but for my mind as well. I don’t know what made me realize, maybe it was my grandmother dying. I just remember one day realizing I’ve been hurting the people I love, not just myself. So I got my ass up and started training.”

Millions of calories burned and years later, Martinez now employs the skills learned from training as an extra source of income for the sanctuary by coaching others on their personal fitness journey.

“It pays the bills,” Martinez mentions. “That’s what’s important. Feeding all these animals is not cheap — luckily we do get some donated veggies from the local grocery store which helps a lot — but in the end it’s all worth it.”

As Martinez and the AnimO Animal Sanctuary barely stay afloat financially month to month, many pet cafes have drowned from the debt Covid-19 has rained down. With no inbound tourists scrambling to get photos of traumatized owls and hedgehogs, many animals have been kicked to the curb.

“So far I’ve received rabbits, snakes, lizards, owls and rodents from these cafes,” says Martinez. “It’s all about money; they don’t really care about keeping the animals happy.” 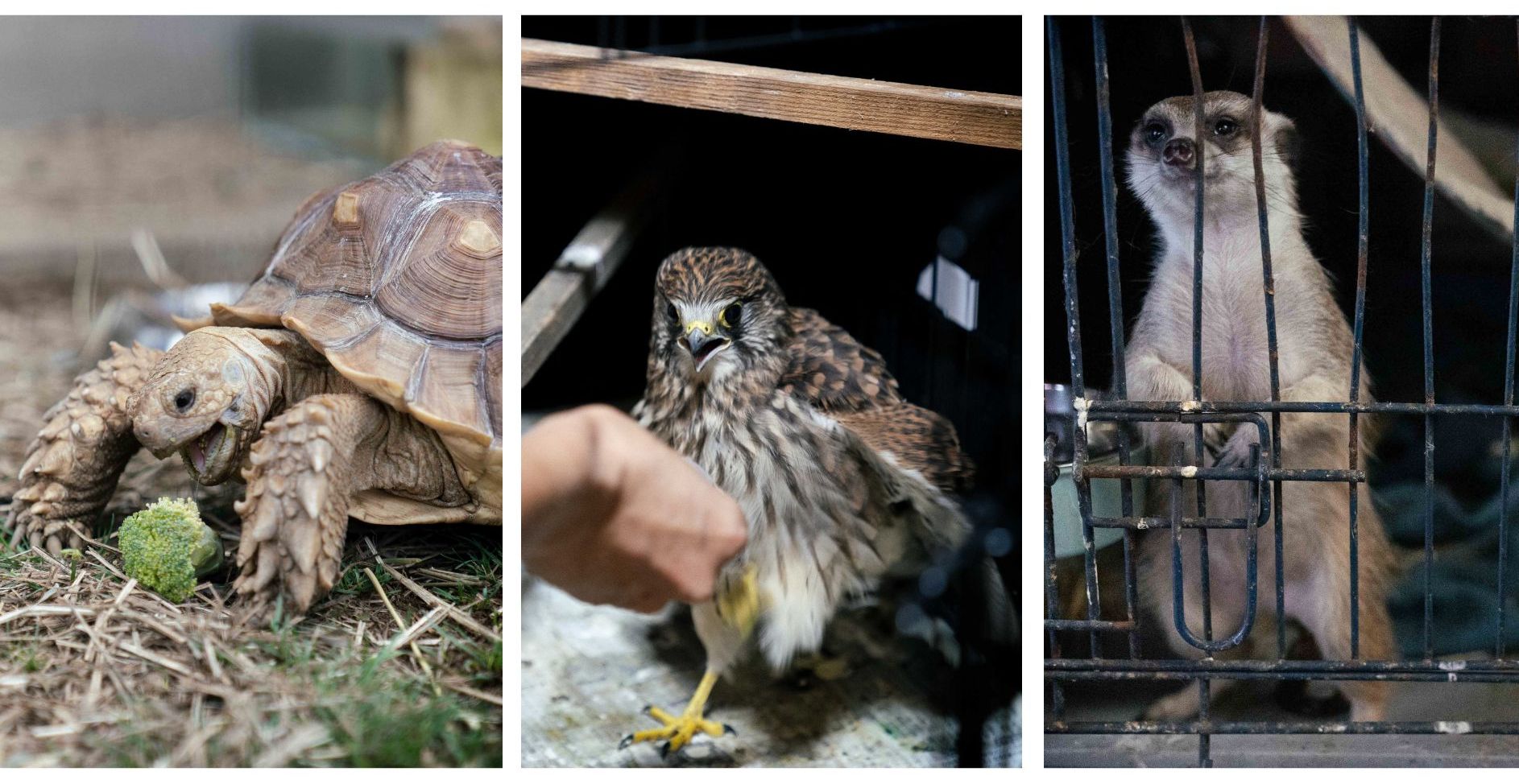 As exotic animal cafes began to close during the pandemic, more and more animals came into Martinez’s care.

Cat cafes first started popping up around 2004. Like everything else kawaii in Japan, the concept exploded in popularity, soon spawning the use of exotic animals to keep things novel. With a little help from criminal organizations, you too can have your own meerkat screeching the day away in a cafe. Be careful though, you might end up like the two men who got caught trying to smuggle baby otters into Japan.

While the ongoing pandemic has forced many animal cafes to shut down, it also has made other sectors of the pet industry more profitable. As a result of people spending more time at home, they finally have the opportunity to get that puppy or kitten they have always wanted. This demand then triggers the use of other inhuman practices. 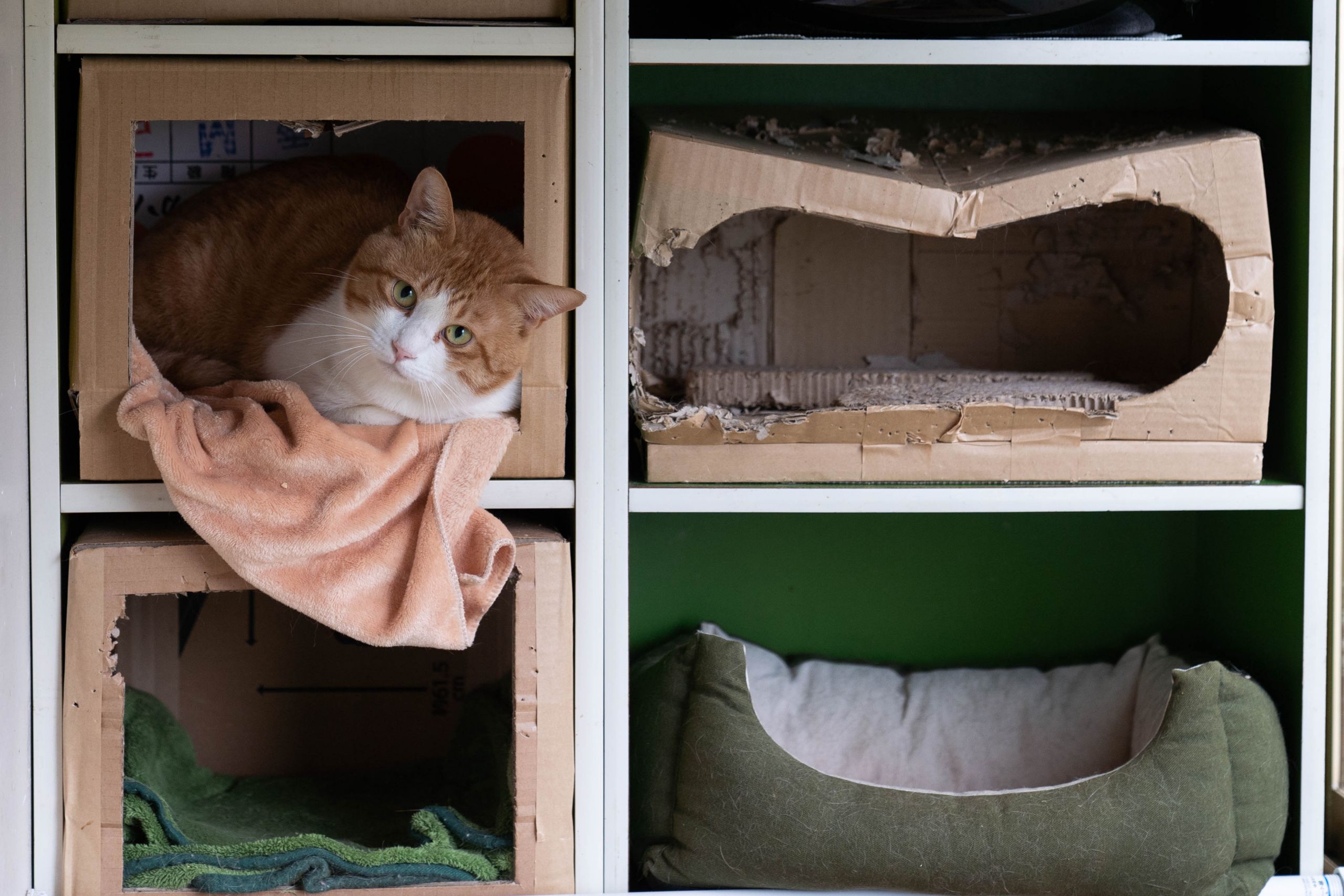 According to Martinez, yakuza and other criminal organizations make a lot of money in the pet business, from puppy and kitten mills to high-end pet stores, they have a lot to gain from the Japanese government turning a blind eye. However, as politicians attempt to casually step over the mess, organizations like TOKYO ZERO are helping to put it right in their face.

Their efforts on raising awareness and campaigning directly to cabinet members helped to revise Japan’s Welfare and Management of Animals Article. As of now, owners of animals can be forced to spay and neuter in certain situations and punishment for killing an animal — without purpose — has been raised to imprisonment with hard labor for a maximum of five years, or a fine of ¥5 million or less. Animal hoarding is now considered abuse and regulations on pet breeding have also been tightened.

This progress is without a doubt good news, and one step in the right direction, but as with any regulations and laws, it’s all about enforcement. 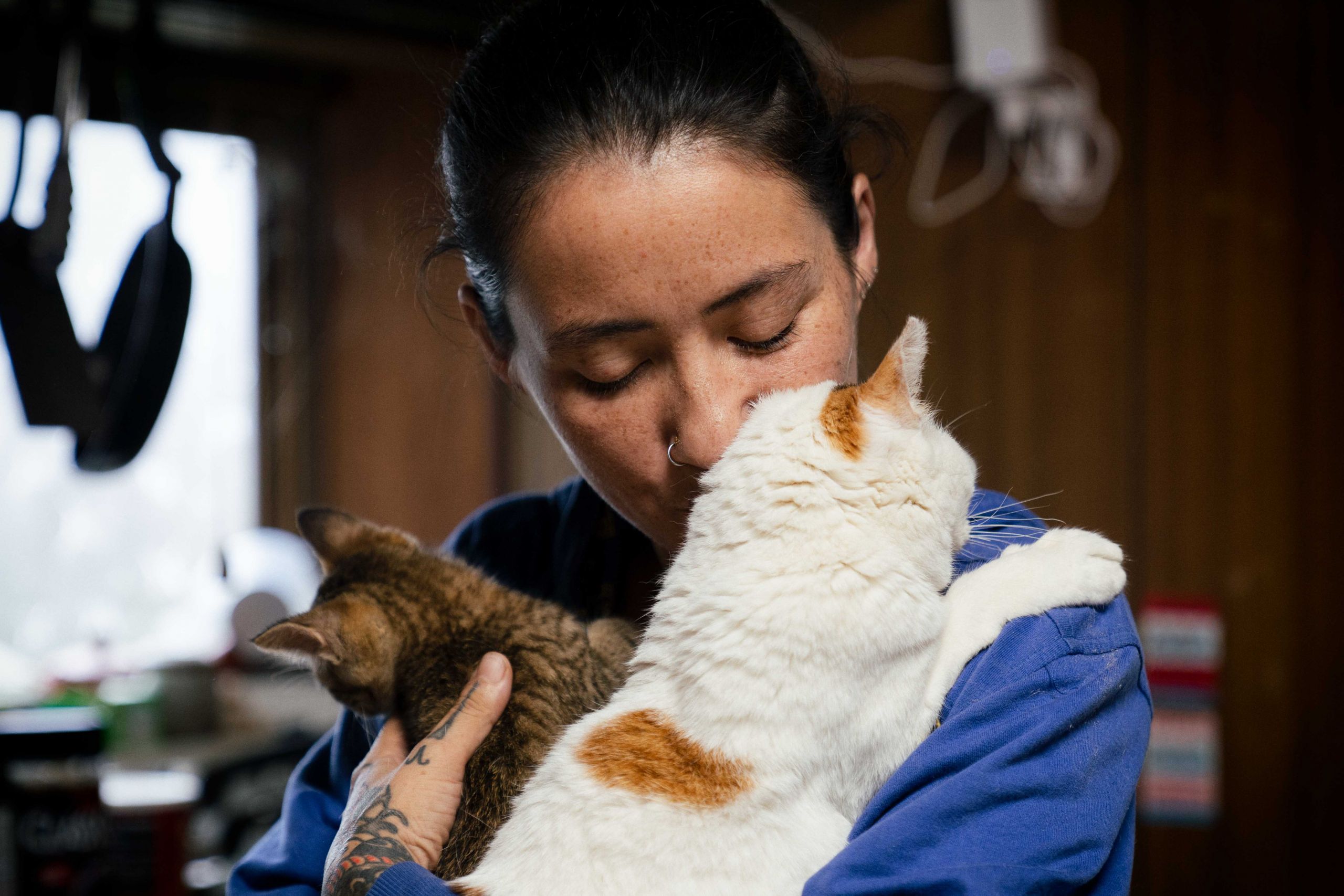 “Most shelters couldn’t care less about how many animals they put down. The only reason the authorities might care is if they stopped paying taxes,” exclaims Martinez, as she holds two cats. “I mean, just look at them. It doesn’t matter if they might die soon from FeLV (feline leukemia virus), it’s obvious that they are happy now. All that matters to me is letting them enjoy this life while they have it.

“That’s why I always preach ‘adopt, don’t shop.’ At least then you already know what you’re going to get, bad habits and all.”

At the end of the day, one person can only do so much — whether it’s Martinez giving her all to those abandoned or you taking that owl cafe off your “Tokyo 2022” itinerary — money is still the true catalyst for change, it’s just unfortunate animals can’t open bank accounts.

How you can help

To show your support for the sanctuary, you can become a member at its Patreon page.
Other places to volunteer / donate: 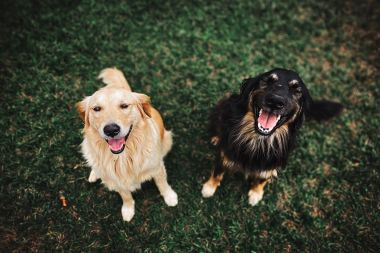 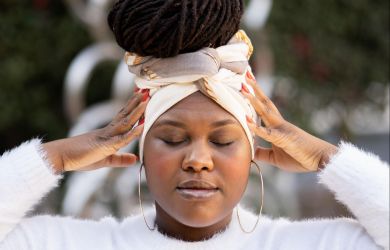 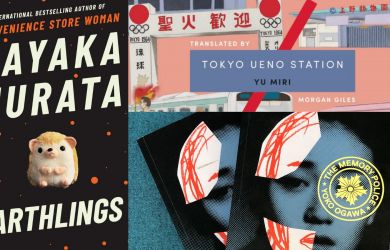