Since its formation in 2002, Japanese rock trio Mass of the Fermenting Dregs has continued to capture fans with an eccentric band name and aggressive sound. However, Masu Dore (as they are frequently called) took a three-year break starting in 2012, when former guitarist and drummer Isao Yoshino left the band. Although the members never intended to reunite, the band ended its years-long hiatus after an award-winning manga artist and Masu Dore fan, Ai Kozaki, said she’d like to hear the trio play again in a 2015 speech.

At the time, lead singer Natsuko Miyamoto was exploring a solo career. Upon hearing Kozaki’s plea, Miyamoto, Yoshino and guitarist Naoya Ogura decided to put the past behind and start again. Following No New World in 2018, Masu Dore recently released two new singles, “Uta wo Utaeba” and “You.” 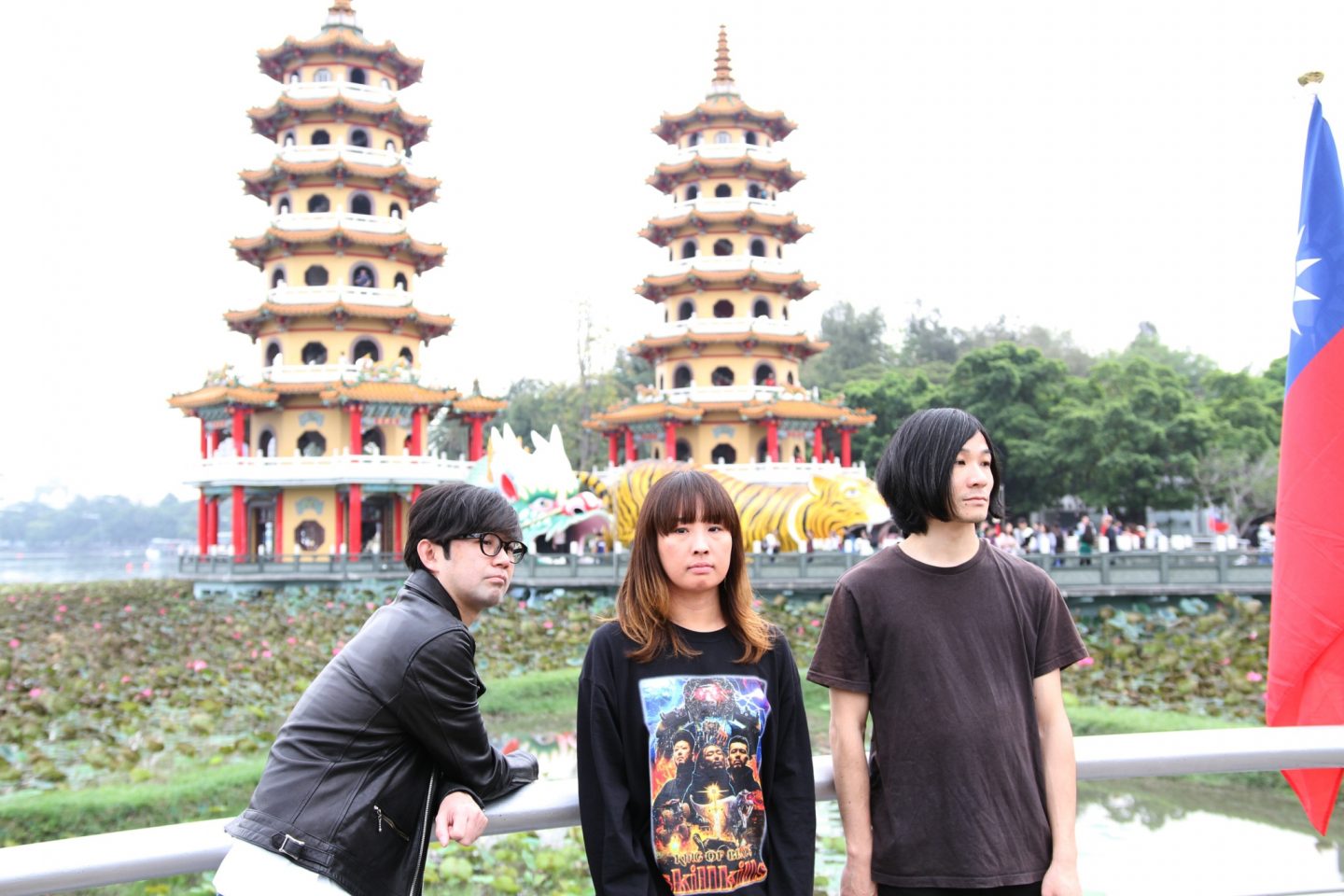 Metropolis caught up with the members over Skype to discuss what they’ve been up to during the pandemic, new singles and why Mass of the Fermenting Dregs is the best band name ever.

Metropolis: Do you remember when the three of you got together and played music again five years ago?

Natsuko Miyamoto: I was still looking for a new drummer after the band paused in 2012 but couldn’t find one who felt right to play with. When the band started again in 2015, I walked in a rehearsal studio and played with Yoshino for the first time in a while. I didn’t wanna admit it but I thought he was the one for Mass of the Fermenting Dregs.

Isao Yoshino: I felt the same way, actually. I was playing for another band after I left the band but I knew a part of me was still missing the Masu Dore sounds. It feels great performing for this band.

Naoya Ogura: I don’t remember at all. Sorry.

M: How are you all spending time lately while quarantining?

NM: Lately I’m into Gen Hoshino’s music, as I said in My Quarantine Albums. But not because of Japan’s Prime Minister Abe’s video. I really like Hoshino’s 2019 EP Same Thing where he collaborated with Superorganism and Japanese rapper PUNPEE. He performed with a lot of acclaimed artists such as Hama Okamoto, Ryosuke Nagaoka Eiko Ishibashi and so on. They are all my favorite artists.

NO: I haven’t been able to meet the other members for a while. It might be a bit awkward when we all meet up again like we were five years ago. It might help me remember how I actually felt [Laughs].

M: Unfortunately, the band’s solo show at Ebisu’s Liquid room in May was canceled due to the COVID-19 pandemic. Could you tell us about the original plan for this year?

NM: We were supposed to perform live on a 360-degree floor where the stage is at the middle of the venue and the audience surrounds us. We do this style of show for every special occasion. When we reunited five years ago, we did it at Shindaita’s FEVER and Osaka’s Pangea. Other than that, we were going to perform at one of the UK’s music festivals, ArcTanGent, in Bristol this August. Then we were meant to release a new album later this year, ahead of our North America and Europe tour. We are really gutted as we were going to be very busy this year.

M: The 360-degree performance style is usually associated with hardcore bands. Why is it so special for you guys?

IY: I’m not sure if we can still offer the same sound quality for the audience with normal stage performances, as there are no speakers or monitors. But the energy is always so high. I think this style really matches our band.

NM: There’s a YouTube video of our performance in Canada a few years ago. We still get a lot of compliments for that video. When we supported Norway’s Aiming For Enrike’s Japan tour, they knew us through that video. It’s amazing and fun because we can feel the audience so close like if you look back someone is standing right behind you.

M: Could you tell us about your latest singles “Uta wo Utaeba” and “You”?

NM: “Uta wo Utaeba” is originally my own song as a solo artist. One day, Ogura rearranged this song so we could play it as a band and we decided to do so because we liked it. The song was written nine years ago when the Tohoku earthquake happened and we released the song now, when the world is facing a huge crisis again.

NO: This was a really dark song when she wrote in the first place and I made it less dark. But she didn’t like it a lot when I suggested this a couple years ago so I left it for a while. I was surprised when she liked it this time as if she heard my version of this song for the first time [Laughs].

IY: For the drum part, I tried different kinds of things like programming but nothing fit well. It worked well when I played the drum like American band Hüsker Dü. I think Hüsker Dü’s sound was the theme while we were working on this song. 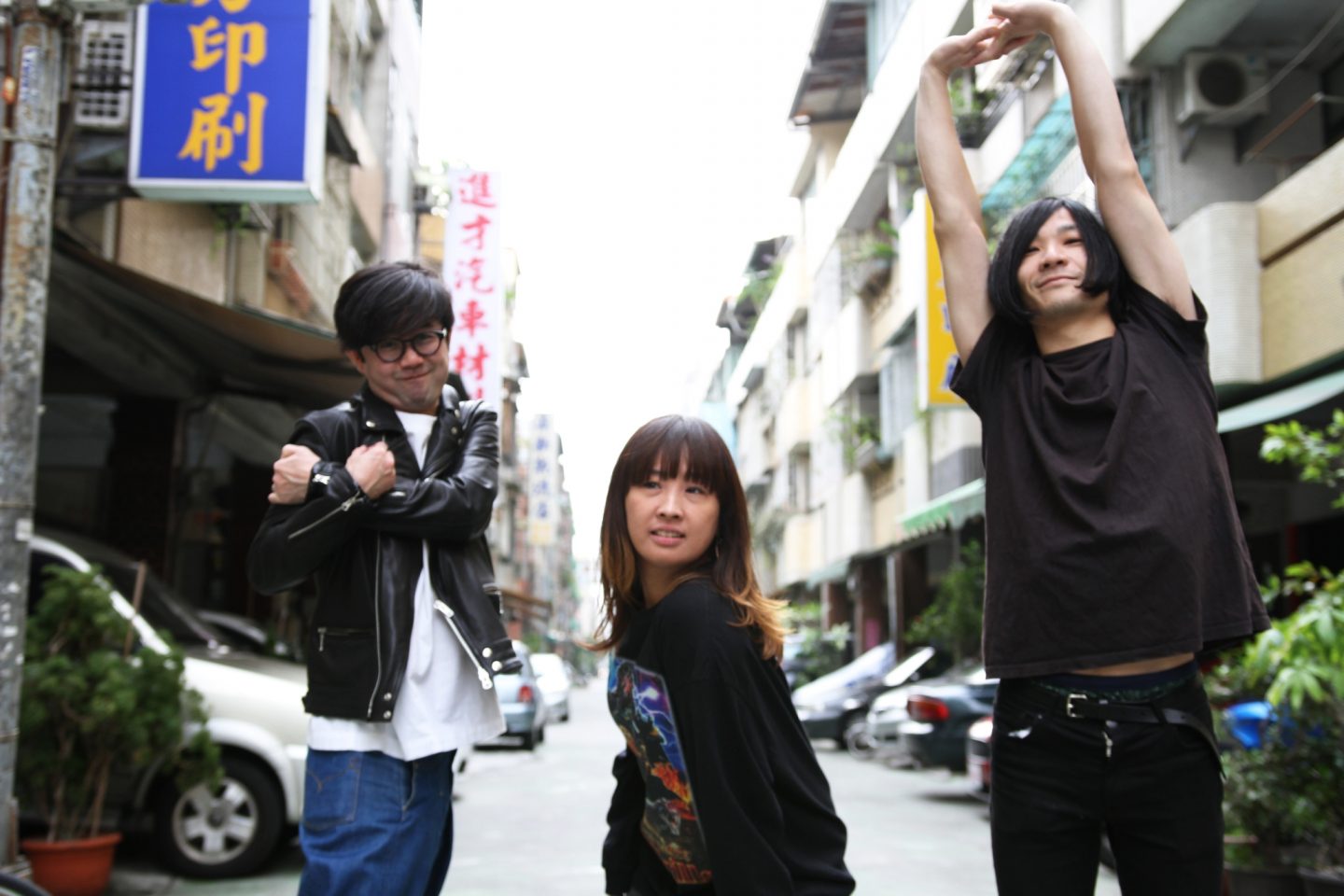 M: The lyrics of the other song “You” is very short but poetic. How do you write your lyrics?

NM: Lyrics are of course important but it doesn’t come before the sound. It is just one of the key ingredients of a song. I know sometimes lyrics are the way to deliver messages for some people but I don’t think lyrics necessarily have to be complete by themselves. I usually come up with one phrase and chorus together and then build up the rest of the song. That’s how I write songs.

NO: I like how her lyrics are vague but her words and the way she sings coexist well.

IY: It’s a nice feeling when her words are coming into my ears while playing the drum especially because I tend to pay attention to what singers are saying from my drum sets.

M: It’s been 18 years since Masu Dore formed but the band paused for a little while and all bands and musicians are now forced to stop because of COVID-19. What does it mean to be in a band for you?

NM: I’ve been the singer of this band for about half of my life now. I used to be a bit shy about being in a band or not fully open about being a musician. But I don’t feel that way anymore because Masu Dore is the place to be who I am.

YI: I am who I am now because of this band. I’m not really interested in playing instruments. The only reason I am still a drummer is because there is music I want to play, which is Mass of the Fermenting Dregs. Even when I left this band before, there were times when I missed being the drummer for it. I would have been doing something else without this band.

NO: We were running a crowdfunding campaign for our demo album and so many people joined and they gave us so much support. It was totally unexpected but I think that means a band’s story gives people hope and dreams. Sometimes at shows, our fans tell us it’s inspiring and encouraging how we are just going our own way. Our fans also get older and have families but they still pursue their dreams and goals through us. We are not a young rising band but we were about to go to the UK for a festival, which we haven’t given up on yet. Of course this band can’t exist without Natsuko but we are not what we are without those powerful messages, either.

NM: Probably yes. I didn’t end this band when everyone else left the band in 2012 because I thought I couldn’t think of any better name than this. I’m not sure if I can come up with the exact same name now but I love the name Mass of the Fermenting Dregs and I’m pretty sure our band is the best ever in 18 years. This is who we are.