The Japanese driver taking on the W Series challenge

The inaugural W Series, an all-female single-seater racing championship consisting of six races across Europe, kicked off earlier this year after much anticipation and debate as to whether the existence of such a series was needed or not. Much of the cynicism was quickly dispelled thanks to the breadth of talent on display, innovations ensuring equality across the grid and the resulting closely fought championship. A further boost to the legitimacy of the series was also recently given by motorsport’s governing body, the FIA, who announced that from next season super licence points will be awarded to the drivers — points that are required in order to be allowed to race in Formula 1 which has not seen a female driver start a race since Leila Lombardi in 1976.

Hoping to address this gender imbalance, the W Series organizers started off with a series of elimination tests during the latter part of 2018, 18 drivers from 54 hopefuls being awarded a place on the 2019 grid. Without the need to bring any funds in order to race, the series is putting the emphasis firmly on individual talent. One of those successful qualifiers was Japan’s Miki Koyama. The 21-year-old Yokohama native has good racing pedigree, competing in the FIA F4 Japanese Championship and winning the Kyojo Cup (an all-female mini championship that uses a small sports prototype built by West Racing Cars in Japan) three years in a row, beating guest and fellow W Series driver Beitske Visser in 2018.

Koyama’s first venture into Europe via the W Series has seen her put in some solid performances, including setting the fastest lap of the race during the season opener at Hockenheim in Germany and topping the time sheets of second practice at Misano in Italy. The young Japanese driver is currently 7th in the standings and in a strong position to cement a place on next year’s grid — the top 12 finishers in the championship automatically qualify for the following year. Ahead of the season finale this weekend at Brands Hatch in the UK, Metropolis spoke to Koyama via email about her W Series challenge.

Metropolis: What made you want to get involved with the W Series?

Miki Koyama: I first became aware of the W Series through word of mouth. My dream is to be an F1 racer and racing abroad seemed to be a significant step toward achieving that goal, so I wanted to actively participate.

M: How would you describe your season so far?

MK: With USLETE HONDA and having entered F4, I’m currently in a great place. I want to take full advantage of this moment to grow and really show some results. Since this is the first W Series ever, I don’t know what to expect. However, I feel like there’s so much to gain from challenging yourself outside of your comfort zone. Since I was given this chance, I want to absorb the experience as much as I can and make it a stepping stone to realizing my dream of becoming an F1 racer.

M: Have you encountered any particular problems related to gender in your career?

MK: I don’t have any problems whatsoever. As long as you’re self-aware, it’s up to you whether something becomes a positive or a negative. Of course, men and women are physically different, so in that regard, women have to work harder in certain areas. On the other hand, there are many things that women can do that maybe men cannot, so I want to continue to tap into my strengths to the best of my ability. 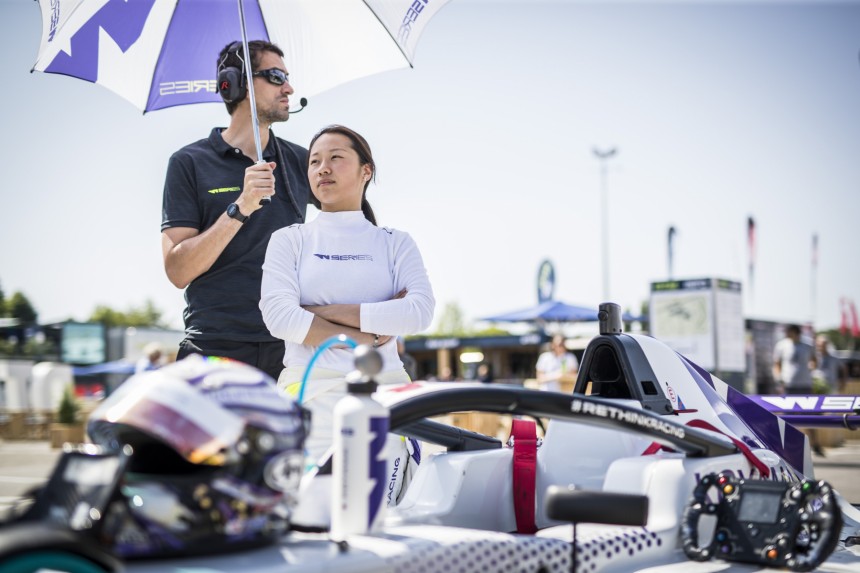 M: What is your response to critics of the W Series?

MK: People will always have split feelings about things that have never been done before, so their opinions don’t bother me. All of the participants, myself included, are grateful for the opportunity to tackle the unknown and take on this new challenge. I want to learn as much as I can here and become a world-class driver so hopefully I can return the favor and get the W Series name out there more.

M: How different is it racing in Europe compared with Japan?

MK: Not only do the rules differ, but the categories are different from those in Japan. I’ve gotten used to the idea of dealing with these distinctions so every race feels like a fresh challenge. However, one thing that definitely struck me was that the road itself feels different.

M: How do you prepare for race weekends?

MK: All the circuits are new to me, so in order for me to get a feel of the course, I watch videos as well as learn from those who have experience at the course. There isn’t much time to practice once we’re actually there, so building that preliminary mental image is crucial to making the most of that highly limited time. 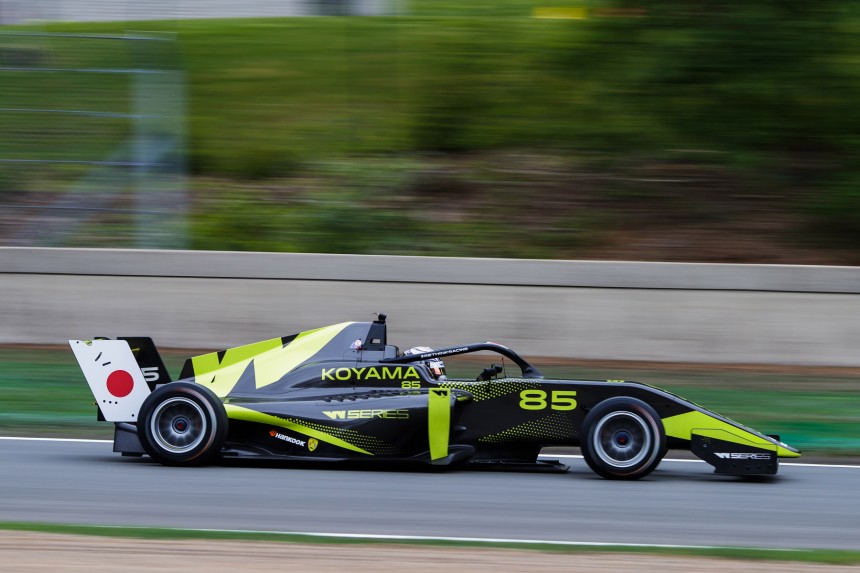 M: What do you like most about formula racing?

MK: That raw sensation of speeding on the ground is something special that only formula racing can provide. Even though the space inside of the monocoque is very small, there are no windows surrounding you so the whole experience is extremely liberating.

M: Would you ever consider switching to sports cars?

MK: My favorite will always be formula cars. Luckily, I’ve ridden sports cars in Japan so I’ve gotten a taste of what they can offer. I’m always down for the chance to try out different vehicles to expand my driving skills.

M: Who was your inspiration growing up?

MK: I didn’t really have one. When people talk about racing, the names Michael Schumacher and Ayrton Senna typically come up. Looking forward, I would like to be an inspirational figure within the racing world and grow to draw that level of admiration. 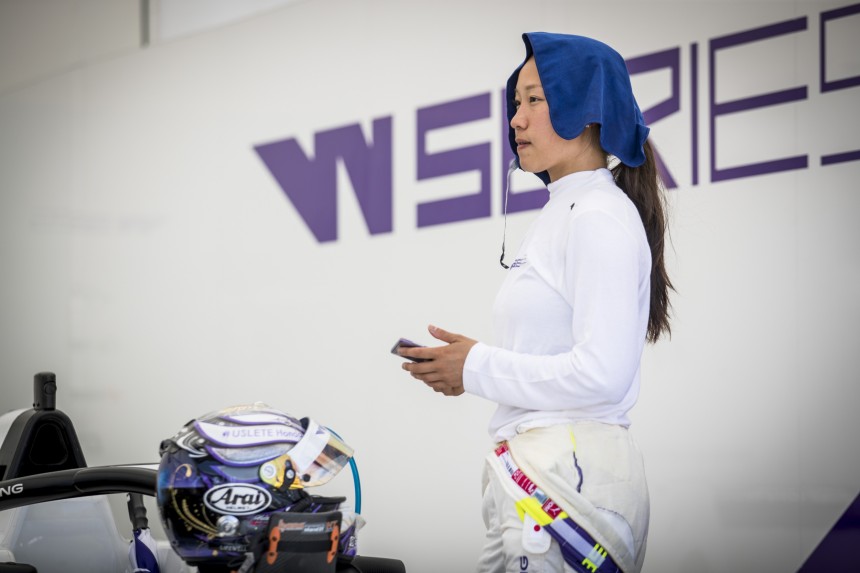 M: What’s been your most difficult moment?

MK: My family has always struggled with money. I stopped receiving financial support from my parents when I was 14 years old. It’s really been a challenge to create and maintain a healthy environment for myself. Today, I’m able to race thanks to the support of many people.

M: What’s been your proudest moment?

MK: My proudest moment has yet to come. At this point, I want to aim as high as I can and continue to grow, both as a driver and a person.