Perched on top of a wooden roller coaster with 30-meter climbs peering out into the desolate stillness, I saw him—an ambiguously dressed Japanese man patrolling the grounds. Security? Could be. This was the moment they had warned me about. Across the distance, we both froze in place. Unsure of his intentions, I tentatively lifted my hand to wave, to surrender at best; luckily, he did the same. Phew! Heart attack averted—for now. He shuffled on with his camera and so did I, silently praying that my luck would continue. Or at least that I wouldn’t fall to my death. Or require a tetanus shot. 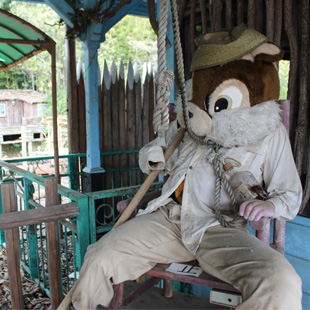 Welcome to Nara Dreamland. Closed in 2006 thanks to bigger and better wonders like Osaka’s Universal Studios, the decaying remains of this Disney-copycat amusement park have attracted a curious crowd of urban explorers ever since. Some flock for the photographic proof of its existence, others for the chance to play out dystopian whims. And then there was me, looking to get into trouble. I had read tales of security guards and killer robots, of barbed wire and sensors, of ¥100,000 fines and car chases and, inevitably, gaijin prison. This was the appeal: old-fashioned danger, of sorts.

I set off from Kintetsu-Nara Station on an early Sunday morning, armed with Google Maps. After passing some residential areas, I discovered the first entrance: a barbed-wire fence with access via a heavy blanket, thoughtfully thrown over the painful bits. I decided to avoid suspicion from passing cars and continue on further down the road to a rolled-back portion of the fence. In I went, immediately ducking into the overgrowth. 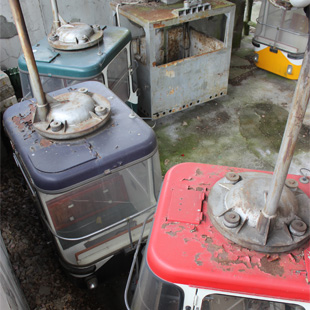 For the first 30 minutes, I unsuccessfully played ninja. Dressed in bright red and purple running attire, my iPhone and camera made jarring shutter sounds with each photo. I am clumsy by nature and often tripped and dropped my water bottle, chapstick, and sunglasses—all of which resulted in an explosion of sound. My mind began to play tricks on me. With each noise—real or imaginary—my head whipped around like a defensive meerkat.

But that was all before the cameraman. I ran into another five people later, including a small cohort recording a music video. Panicking finally aside, I was informed that, yes, two or three years ago, security had been tight. But it was mysteriously bought and no one will bother to shell out the money for someone to watch over it until it’s demolished. I could rest assured; no one would disturb my exploration. 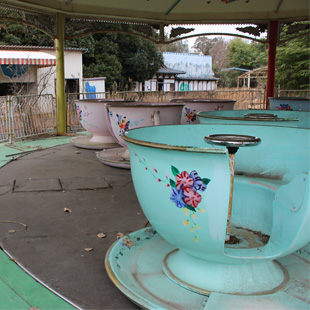 The next few hours flew by as potential horror movie scenes. Tracks shrouded with bamboo and thorny invaders cut gashes into my legs. Dusty tea cups spun in eerie silence. Giant stuffed fish were littered like carcasses at a doorway. A mess of colored balls and broken signs hung, reading “Character World.” Some mascot was tied up with a noose and toting whiskey, thanks to some mischievous visitor. The princess castle, windows smashed and decorated with graffiti, contained an intact stack of park maps.

And then I found the motherload: the Screw Coaster. Double-steel loops rising out of the tall weeds, it’s the brochure-worthy image found in Buzzfeed lists and the like. I hoisted myself up, settled into the cradle of the loop, and felt elated staring into the sun. Forget Disney World; this was the happiest place on Earth! True, I didn’t evade the authorities or plummet off rusted steel. But I did feel like some demented queen reigning over an abandoned kingdom I had conquered. And with flesh wounds to prove it.