What’s New in Tokyo This Winter?

The latest Tokyo cafes, museums and stores you have to check out

Each month, Metropolis gives you the lowdown on new cafes, restaurants, galleries and more to visit around the capital. Here are eight places to check out in Tokyo in December 2020. 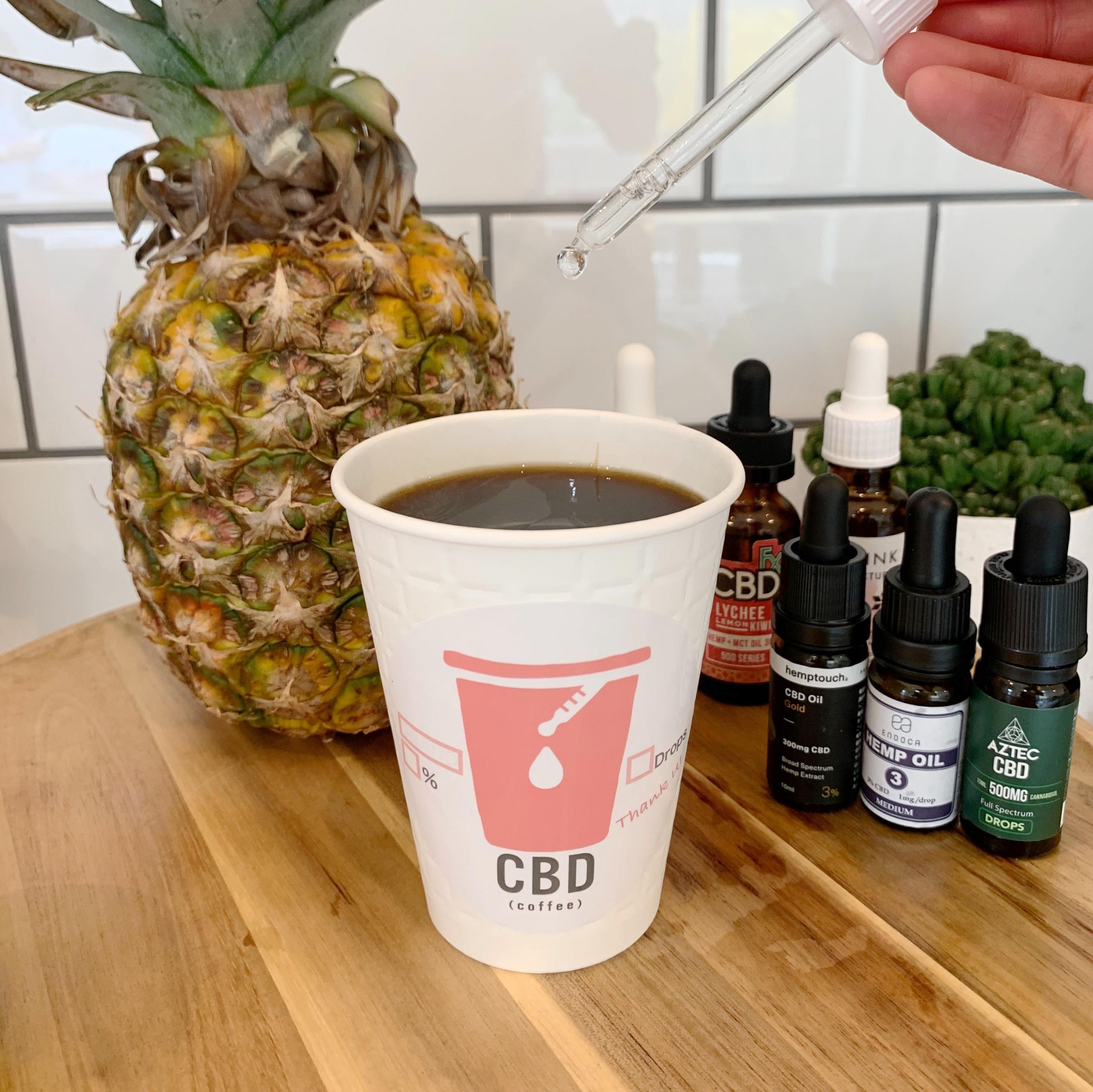 Marijuana is illegal in Japan and carries a taboo status, but cannabidiol (CBD) oil is legal, and various cafes and product lines have recently been popping up across the country. Joining this list is CBD(coffee), located near the East Exit of Komabatodaimae Station. The cafe offers an eclectic range of coffee, smoothies and other drinks infused with CBD oil and also sells bottles of CBD oil. Derived from the hemp plant, CBD is non-hallucinogenic and said to relieve pain and stress.

The viaduct housing Hibiya Okuroji is over a century old.

Transforming a century-old viaduct into a sleek mall complex isn’t an obvious choice, but it’s certainly a laudable one. Hibiya OKUROJI runs underneath the train line connecting Shimbashi to Yurakucho and features restaurants, cafes and shops like French desserts at Patisserie Parola and the Niigata speciality goods store, NIIGATA100. The characteristic exposed red brick viaduct is modeled after Berlin’s viaducts and has been in use since 1910.

IKEA plans to open another downtown offshoot in Shinjuku in spring 2021.

The Swedish giant’s second downtown location in Tokyo is the world’s first IKEA to serve a veggie-dogs-only menu, in line with the company’s goal of becoming climate neutral by 2030. In addition to the Swedish Bistro, the 7-story offshoot carries exclusive merch, like the rainproof KNORVA hat, and features an extensive range of eco-friendly food options in the market area. 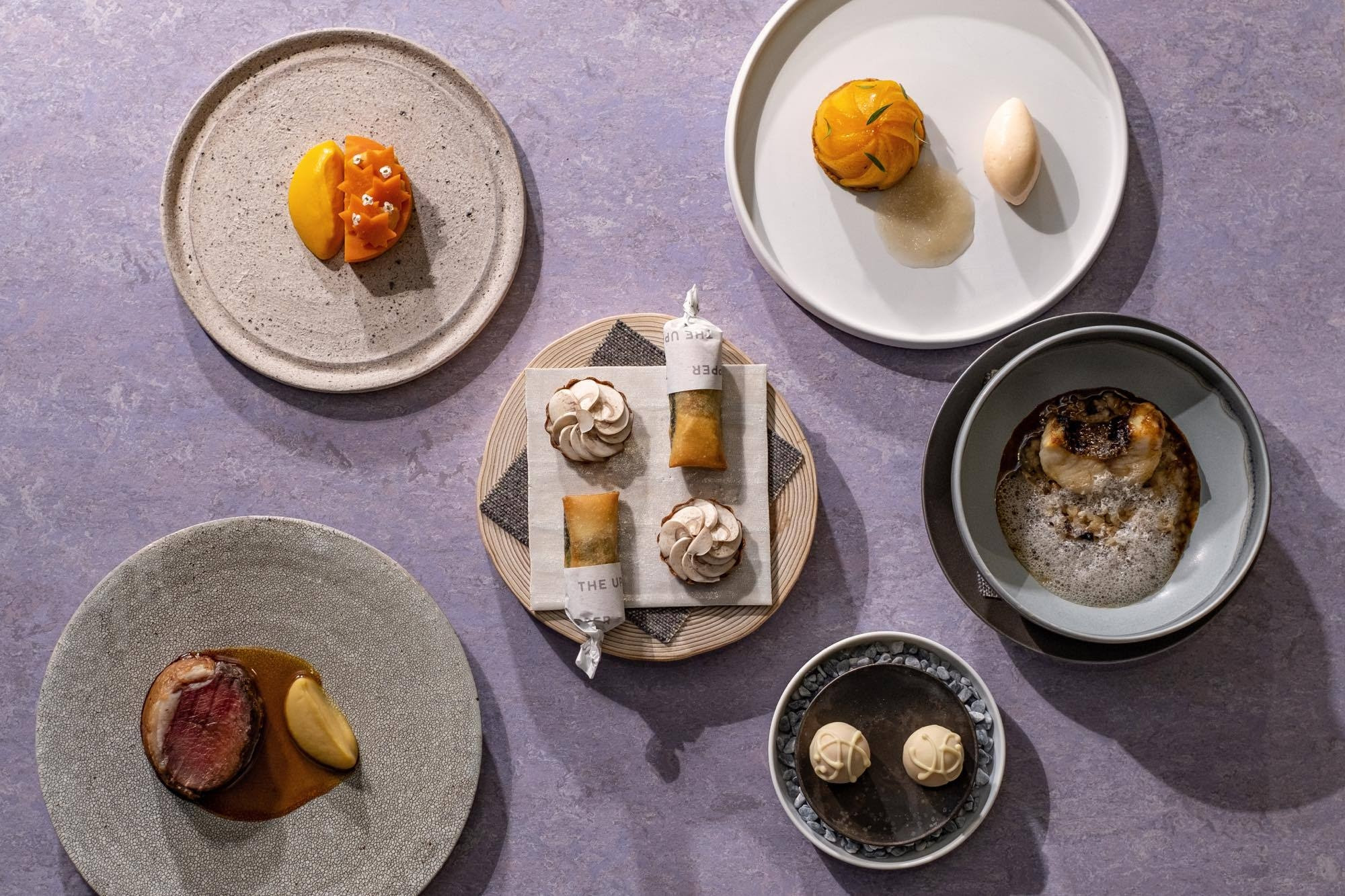 At the helm of THE UPPER is Michelin-starred chef Yusuke Takada.

Enjoy a cosmopolitan culinary experience at The UPPER, with stunning views and menus curated by Michelin-starred chef Yusuke Takada. Located on the ninth and tenth floors of the newly opened Marunouchi Terrace, The UPPER embodies the “Tokyo New Classic” aesthetic, marrying “liveliness” and “silence” whilst offering a refined yet eclectic menu and a stunning view of the bustling Marunouchi financial district. 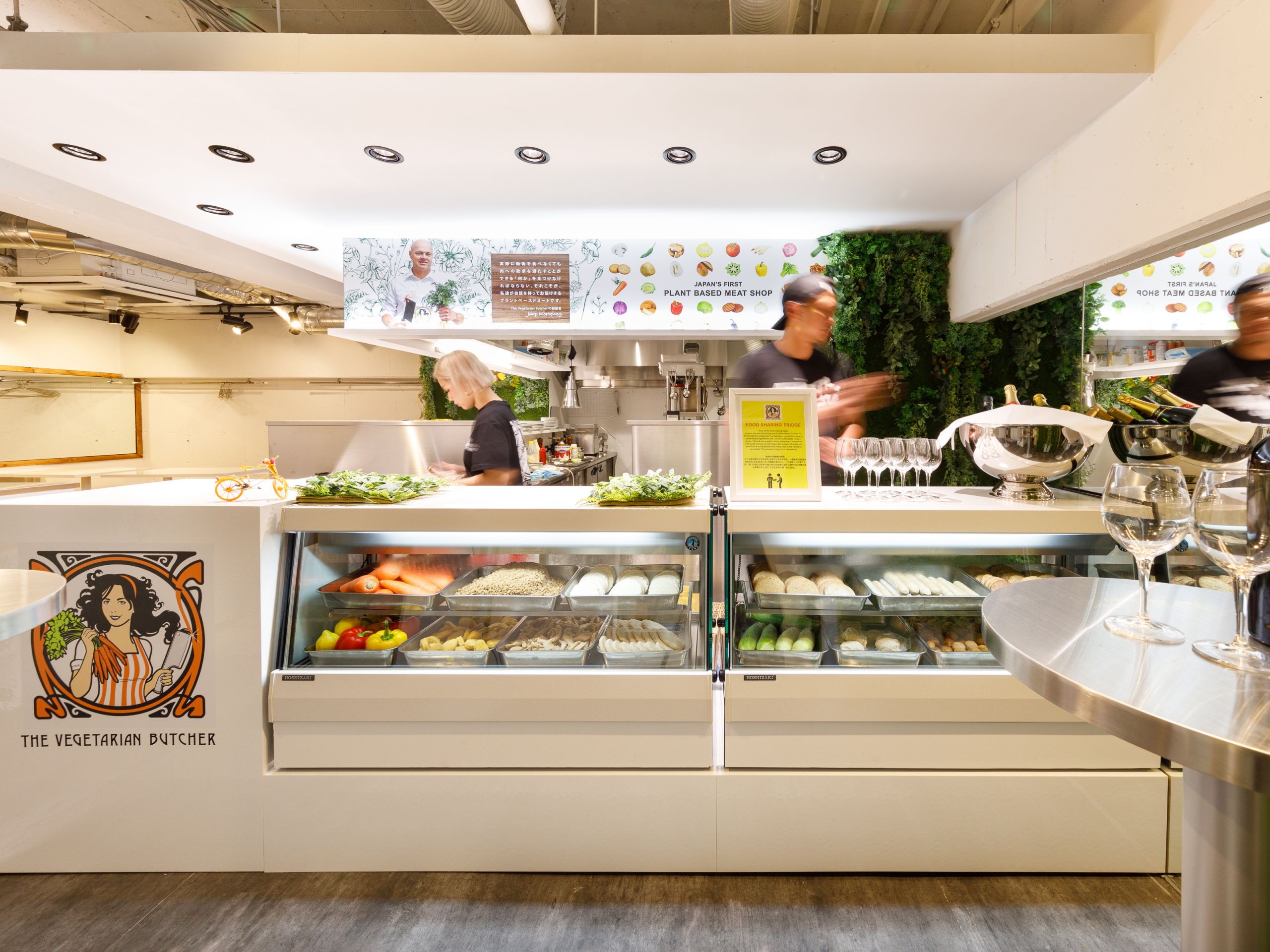 A plant-based slap in the face of those who claim Tokyo is not vegetarian friendly, this Netherlands-born eatery serves up delicious, sustainable and veggie-made dishes with funky names like “Holy Cow Burger” and “Fish Free Tuna.” Customers can enjoy meaty favorites like hamburgers, sausages and meatballs (or “Unbelievaballs”) without missing out on their protein intake. Delivery options are also available via Uber Eats or by phone. 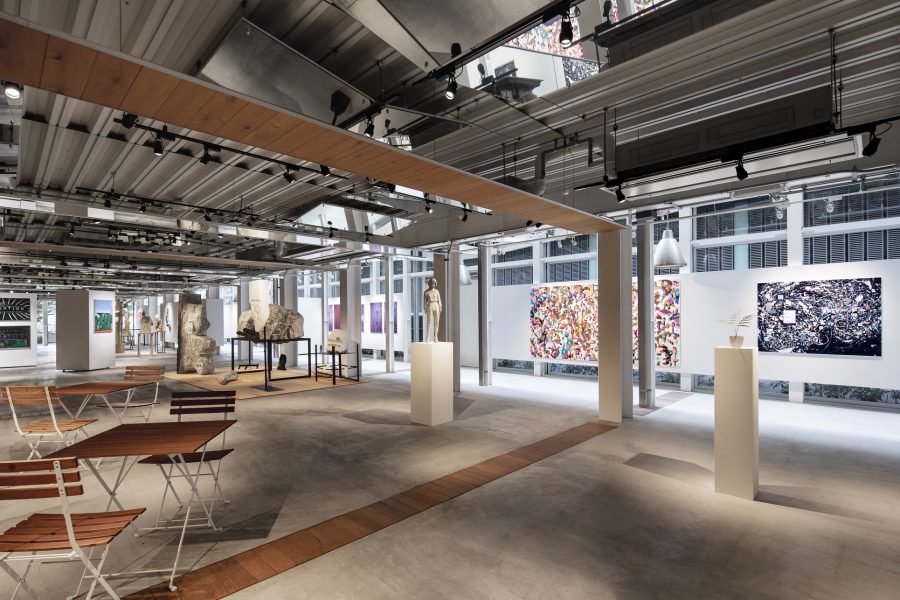 What’s new in Tokyo this December? WHAT Cafe is a spacious art and dining venue.

“Taste, learn and feel the art” at Warehouse Terrada’s new cafe and exhibition space in Tennozu Isle, Shinagawa. At the spacious 800-square-meter venue, art lovers and creators alike can enjoy drinking and dining while surrounded by works from leading contemporary artists, and also attend the regularly changing exhibits and workshops. 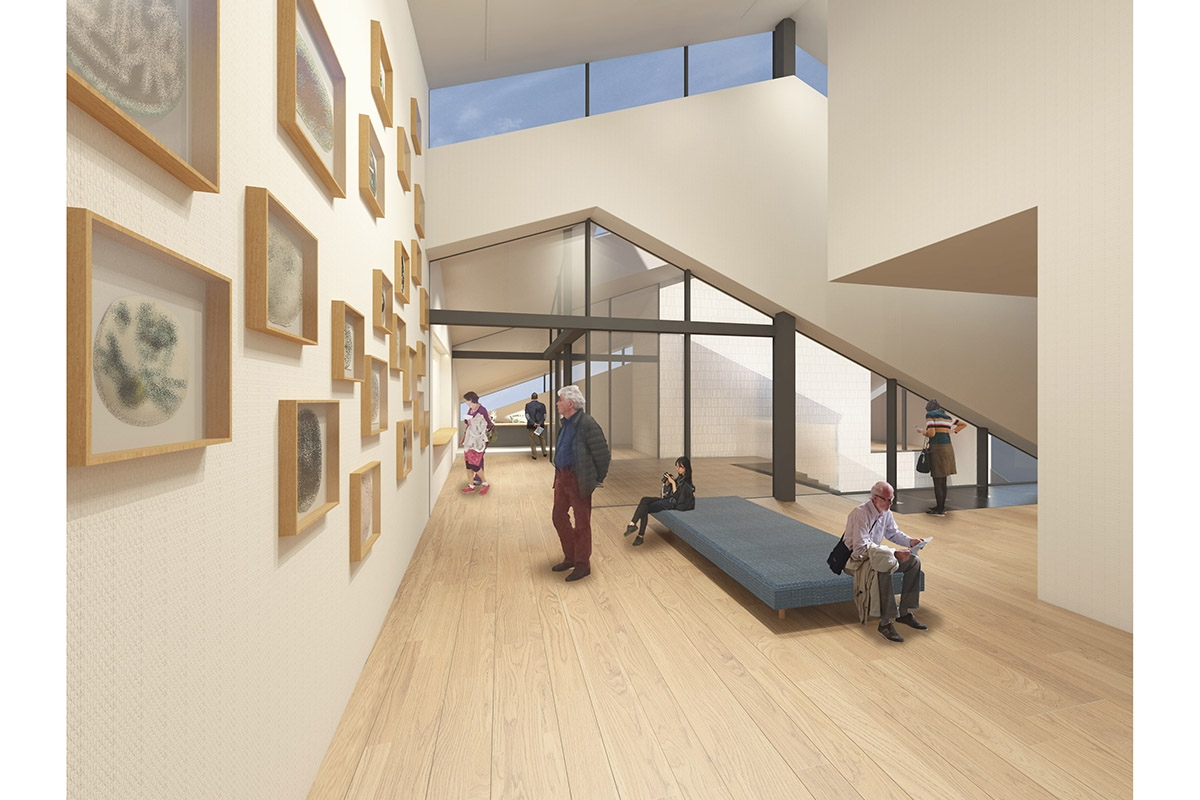 This Picasso-themed museum opened in November.

Pablo Picasso fans have a new home at Yoku Moku Museum, now featuring its first exhibition “Picasso: The Life of the Cote d’Azur” until September 2021. The exhibit carries a vast array of the Spanish artist’s ceramic works, collected by the Yoku Moku Group over 30 years. The museum also hosts art workshops and houses a library and patisserie cafe, where guests can create their own art by ordering an “art for cafe” craft kit (¥1,650). 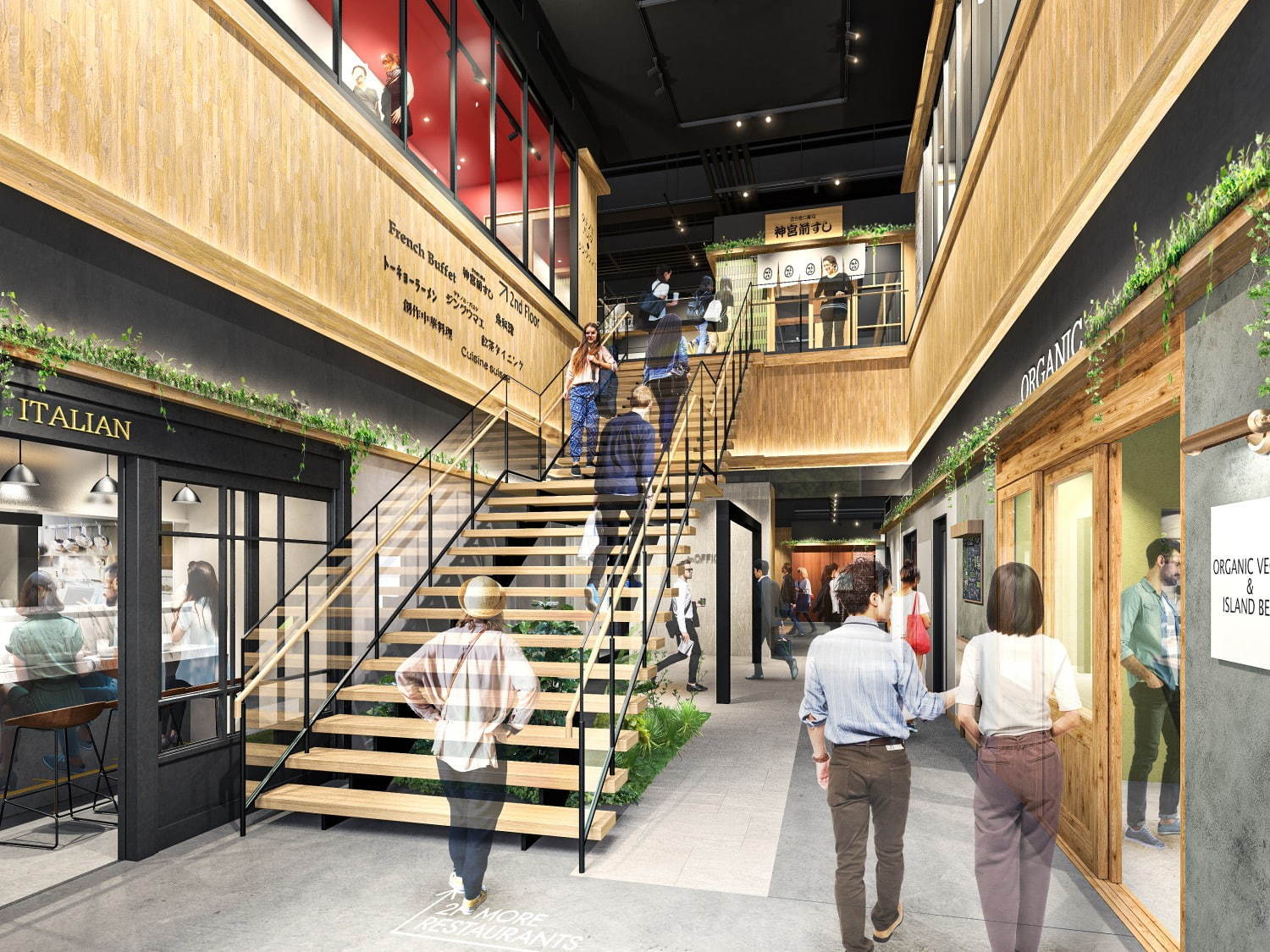 A new after-work destination in Shibuya-ku.

Aptly titled komichi (narrow street) Jingumae Comichi features two floors of gourmet restaurants just opposite Harajuku’s new station. Each of its 18 restaurants, from French to sushi and farm-to-table experiences, has its own terrace dining area, creating a sense of openness despite being in the center of bustling Harajuku. Struggling to make a reservation at Michelin-starred Sincere? Visit its sister branch, Sincere BLUE, at this new spot instead.

Tachikawa: A City Away From the City

Tokyo’s perfect intersection of the urban and the natural world