A Non-Foodie Guide to Osaka

Exploring Osaka beyond the cuisine

Oshizushi, takoyaki, okonomiyaki, yakiniku—we all know Osaka as the food-haven of Japan, but what else does this bayside city have to offer? Osaka has influenced the theater industry from as far back as the Edo period, thanks to its bunraku puppetry, with shows still performed to this day. Osaka offers an amalgamation of history, culture and a laid-back community vibe that even a day-tripper can embrace. Here’s what you should tick off your list while you’re there. 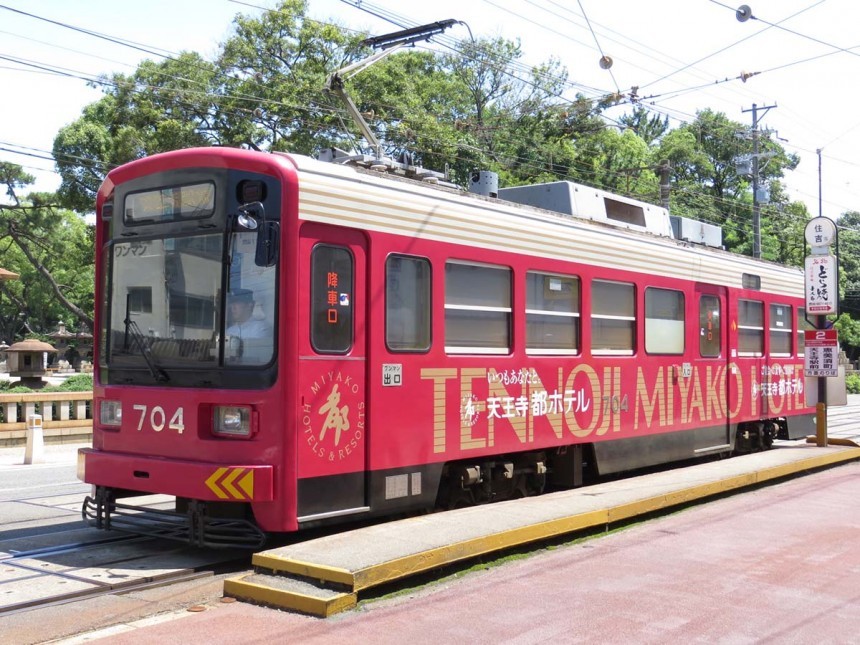 What better way to travel than back in time? Nestled in the southern part of the city is the Hankai railway line, which dates back to the beginning of the twentieth century. As the only tramline service operating in the city, sadly only a handful of these archaic trams still operate today, so it’s worth jumping on board whilst they’re still around. Board at Tennoji-Ekimae station (exit 11) and get off at Sumiyoshi Taisha, paying the ¥200 fare (one way) as you exit. The fifteen-minute journey will juggle you and your fellow passengers past an older part of the town and give you a chance to escape the hustle and bustle of the downtown city.

The unique Sumiyoshi Taisha will be on your left when you hop off the tram. Sumiyoshi Taisha is an old shrine—one of the oldest in Japan, in fact—and its particular style of architecture is eponymously known as sumiyoshi-zukuri. What makes it so unique is in the details: keep an eye out for straight roofs and a fenced entrance, which differs from most other Japanese architectural styles. The highlight here, though, has to be the Sorihashi Bridge, which arches over the pond in all its magnificent orange glory.

Relax in a park 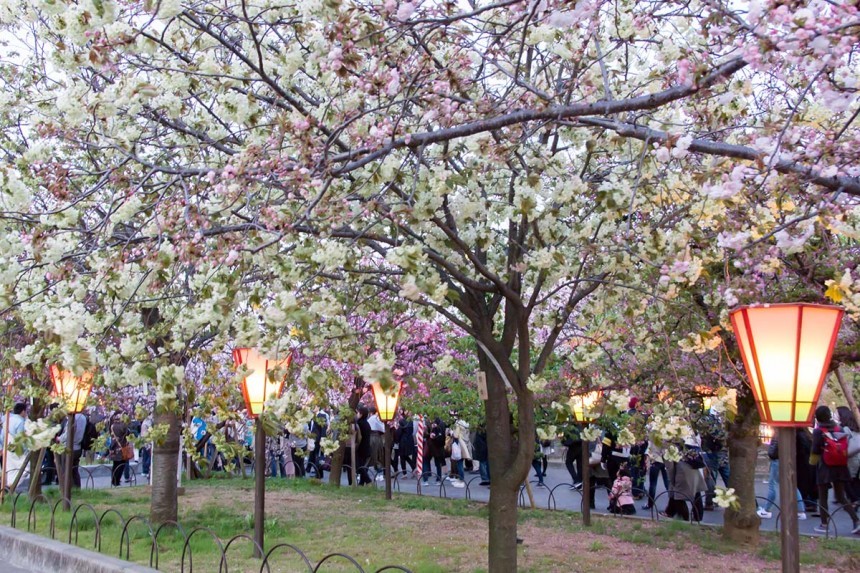 Take a leaf out of an Osakans book and relax. Go for a vista-pleasing stroll; pack a scrumptious picnic (perhaps with finds from a nearby market); or cycle through one of their pleasing parks. Kema Sakyranomiya is most popular during sakura season (no surprises there), but being situated along the Okawa River, it offers picture-perfect views year-round. The Japan Mint sits on the opposite side of the river, so it’s an ideal spot to take a breather while sightseeing. Finally, there’s Tennoji Park, which is positioned in the busier downtown area. Once a botanical garden, Tennoji Park is a great place to take in the beautiful, colourful flowers and appreciate tranquil nature amid the city bustle.

The legendary Takarazuka Grand Theatre is home to the Takarazuka Revue. You’ll want to try to get tickets for one of these spectacular productions. Entirely consisted of unmarried women, the Revue troupe are split into four different categories and perform a range of shows, from traditional Japanese to Hollywood to Western musicals.

I may have asked what else Osaka has to offer aside from food, but food really ought to be at least one thing on the agenda. Just a few minutes walk from Nippombashi Station is the 200-year-old Kuromon Ichiba Market, where stalls and hole-in-the-wall shops fight for space. Pretty much everything is sold here– food-wise, take your pick from fresh scallops, thick, red tuna, grilled sea-bream, pickled vegetables and roasted chestnuts. Essentially, Kuromon sells and serves everything from tangerines to takoyaki.

If pushing your way through the crowds isn’t your thing, though, then head to Kyobashi Market. It’s full of character, history and, most importantly, flavour: check out the 100-year-old Endo Sushi restaurant, slurp through secret-recipe ramen, devour some shabu shabu or treat yourself to teppanyaki. And if you’re looking for something a little different, check out Tsuruhashi, Osaka’s thriving Koreatown. 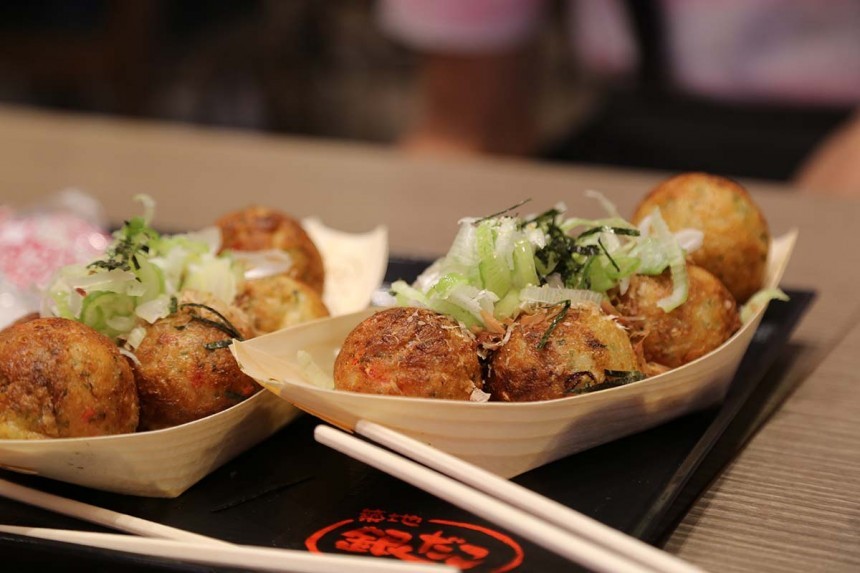