Based in Japan: Axel Deroubaix on Bringing Japan to the World 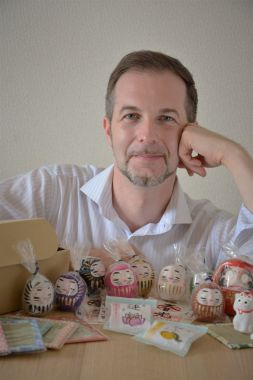 Welcome to the first in our new article series, Based in Japan. Every month, we’ll highlight a Japan-based entrepreneur and share their success, tips and stories to help you boost your own career potential.

Having lived in Japan for 12 years, French entrepreneur Axel Deroubaix founded travel companies EYExplore and Cocolo Travel before embarking on his latest venture, Peko Peko Box, in 2020. “I wanted to pivot to something different [during the pandemic],” Deroubaix shares. Seeing a market for those who could not visit Japan due to travel restrictions, Deroubaix explains that Peko Peko Box aims “to bring Japan to them.”

How is the Peko Peko Box subscription unique?

Different from other Japanese subscription boxes which focus on snacks and food, Peko Peko Box is a bimonthly box subscription company offering omiyage (souvenirs and gifts from travels) from all over Japan. The boxes cost $45 but prices are reduced as you buy more. The company focuses on unique items with “symbolic meaning,” such as the daruma (traditional dolls) featured in their September box.

The boxes target Japan-enthusiasts and those who hoped to travel to Japan in 2020 but were unable to due to global travel restrictions, and offer the chance to travel to Japan from your home, wherever that may be. The boxes also act as a means of connecting people from around the world. Deroubaix tells us the story of a man living in Japan whose aunt cannot travel to Japan so he brought Japan to her through the items in, and stories behind, the box.

Along with the omiyage themselves, each box comes with a story of the person who made the item. The stories are featured in a small magazine inside the box as well as a specially curated video playlist exploring the local area and the story of the items’ producers. Beautifully created, and available with English and French subtitles, Deroubaix explains that the videos “have customers traveling in Japan themselves” through hearing from the producers and seeing how the products are developed.

Having also founded travel companies for inbound travel to Japan, Deroubaix explains, “A lot of the people featured, especially in the first box that we released, are actually people we’ve known for a long time. That’s one of the reasons why it was possible for us to start the company [during the COVID-19 pandemic].” Deroubaix has the benefit of close relationships with local business owners from his travel companies and tours throughout Japan. For instance, he tells the story of how the yuzu soap entered the first Kyoto box as a result of his connections with an abbot from a local temple where he used to conduct tours.

What is the business philosophy behind Peko Peko Box?

Deroubaix is ‘always on the lookout, always open-minded as to what we will put in the box, trying new things, especially things that people have never thought of before’

Deroubaix explains his business model and philosophy: in business, he is focused on “iteration — trying things out, seeing if they work, and if they don’t ditch them, and if they do, keep them.” He is “always on the lookout, always open-minded as to what we will put in the box, trying new things, especially things that people have never thought of before.” For instance, in their first box they included goshuin (stamps from priests in temples) and received great feedback from consumers, who enjoyed feeling as though they had visited the temples themselves through the memento and video. 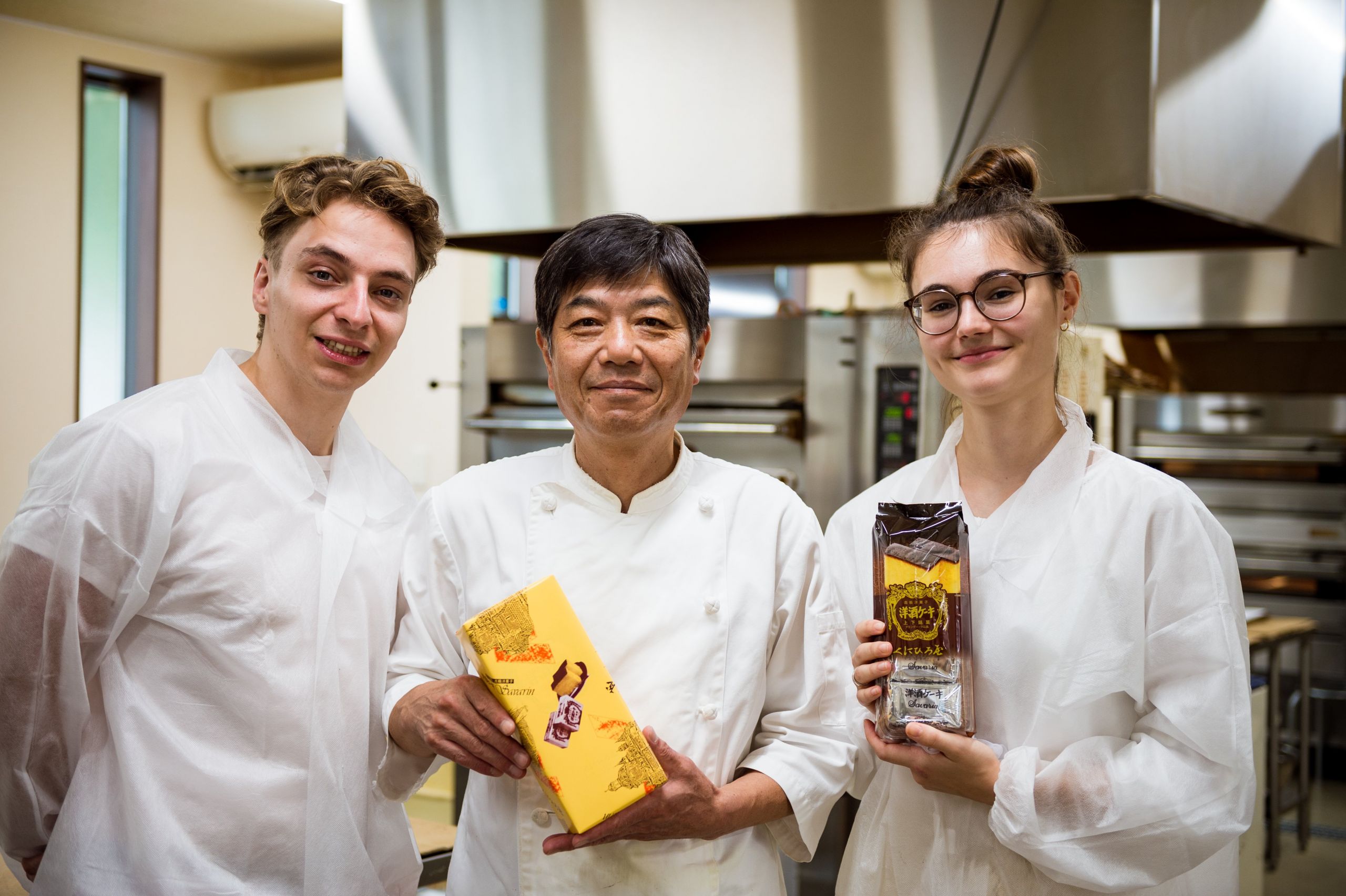 How does Deroubaix envision the future for Peko Peko Box?

The company receives sponsorships from local governments, such as Joge, to publicize their local areas through featuring their specialities and culture in the box and videos. “We really hope we will get more local governments to sponsor us,” Deroubaix says. He envisions Aomori winter boxes and thinks beyond the current city and town-focused boxes. “It doesn’t have to be a city, it could be a whole region. For example, we could make a Hokkaido box, featuring Hokkaido products and make a whole story about the region,” Deroubaix continues. The possibilities are endless.

“We are going to try to make themed boxes focusing on the Japanese take on one particular Japanese thing, which is what non-Japanese people want,” he says, describing a box “for cat owners around the world, who want to own things dedicated to cats, but in a very Japanese way, such as socks and ties.” Deroubaix excitedly explains the idea behind a February Valentine’s Day “love box,” which would emphasize the special aspects about love in the Japanese context. He imagines featuring ema (wooden plaques where visitors write their wishes in Shinto shrines) for a couple, where “we get the names of the lovers, write them down on the ema, hang it in the shrine for them and create a whole video about it.” 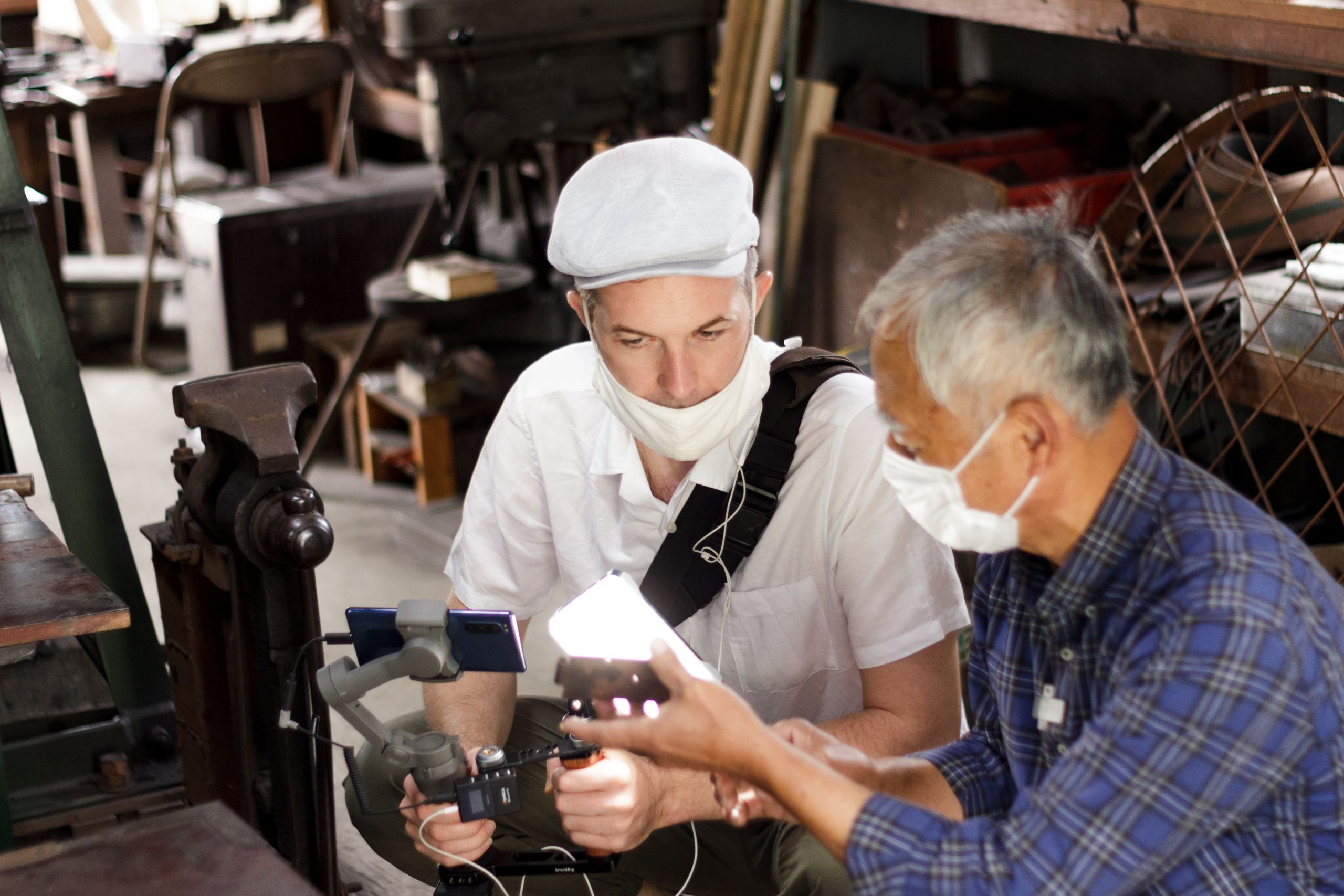 The possibilities of how Peko Peko Box will develop are limitless and Metropolis looks forward to seeing how the business transforms and expands in the coming months, and perhaps even sending our own “love boxes.” 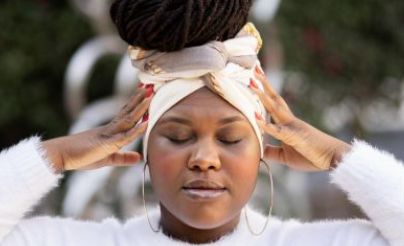 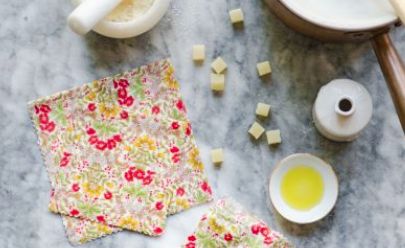 Based in Japan: Is Beeswax the Answer to Japan’s Love of Single-Use Plastic?
Eco Hachi Living’s Reusable Beeswax Wraps 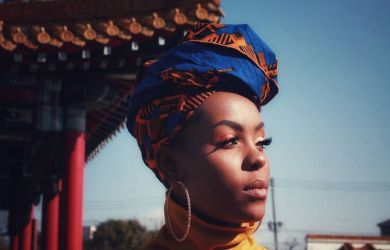