Who knew a film about making a film would be so equally provocative and satisfying?

A quiet girl whose actor-hopeful husband passed prematurely, another spending her days looking after her mentally unwell mother, desperate for escape, and members of a low-stakes cult centered around a director. As provocative as he is prolific, veteran director Sion Sono gets you to empathize with each and everyone on the strength of their untamed acting alone, in the comedy-drama Red Post on Escher Street.

The movie opens with a troupe of kimono-laden actresses rehearsing a scene wherein they establish themselves as the toughest lesbian gang in town, polishing off their dialogue round with a comic book-splash pose to home it in. Soon, we find out the in-movie famous auteur director Kobayashi has been secretly fooling around with two of trope members, the drama culminating in the Escher Street’s gargantuan climax. 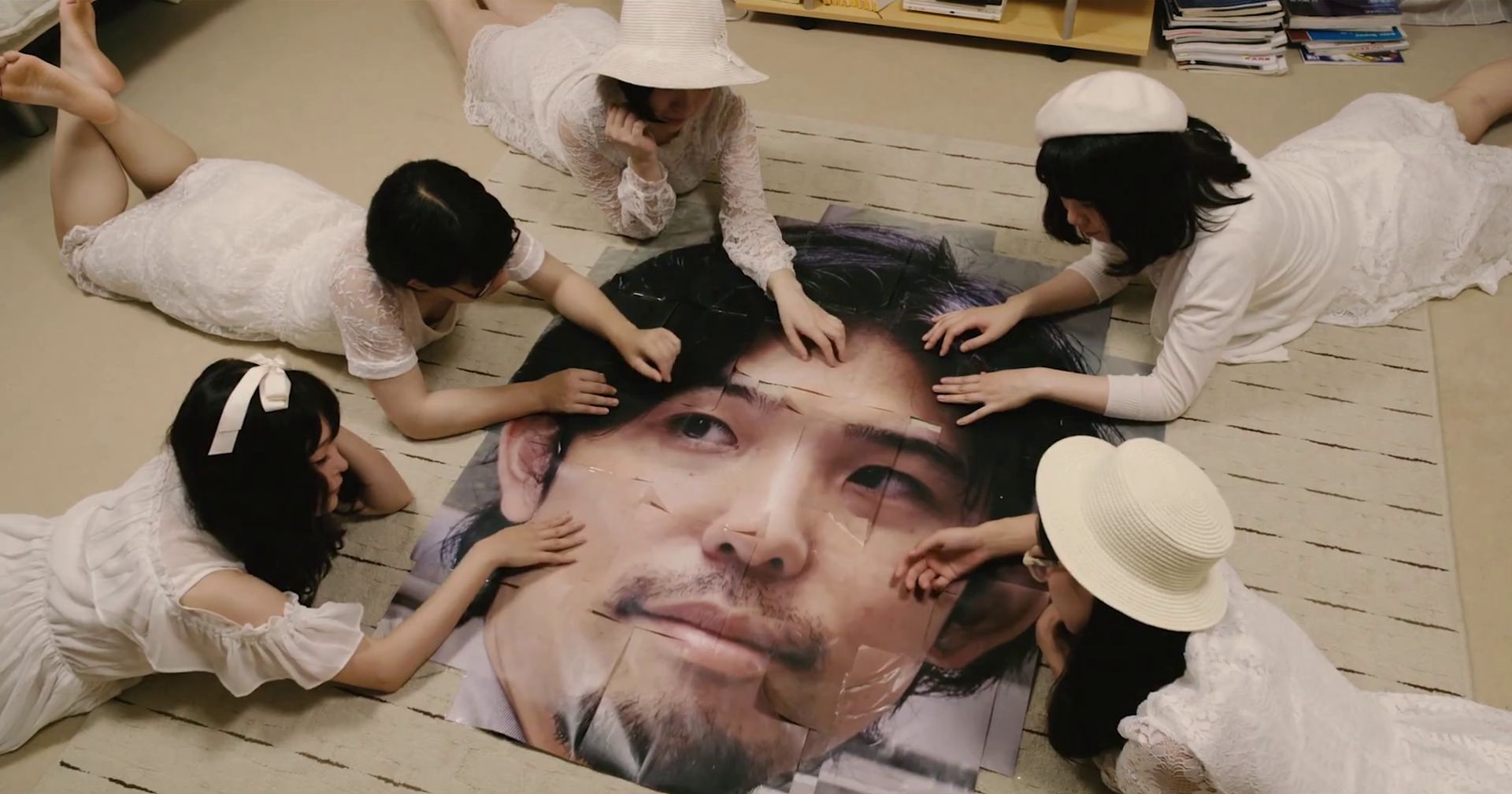 Their stories aren’t only the ones to come to a head in the film’s crescendo; throughout the introductory and expository first two acts, we see any number of aspiring unknowns put their very beings on display in a round of auditions open to the public; slices of their everyday lives giving us an intimate look into their motivations. Perhaps an impossible task without the authenticity to back it up, making Sono’s decision to largely cast a film about amateur actresses, with students of his workshops and a few other not-yet professionals the right one.

On January 3, Sono took part in a Q & A with a sampling of the film’s many actresses to a sold-out audience at Shibuya’s Euro Space cinema, one of the few theaters in the country having screened Red Post on Escher Street, since it finally opened here on Christmas Day. Sono’s return to basics originally premiered overseas in film festivals in late 2020 and early 2021, but domestic audiences have largely been unable to see it until recently — A major difference from his recent Amazon Prime and Netflix-funded works, Tokyo Vampire Hotel and The Forest Of Love respectively.

One of the few sharing the stage with Sion at the particular screening was Mikako Yamazaki, a young actress whose extra appearance in the latter film bumped her to a first recurring role in Red Post on Escher Street, plastering a wide smile while exuding enough positive energy to fill up the theater.

“Red Post on Escher Street is an antithesis to today’s Japanese film industry,” Yamazaki openly proclaimed to us after noting that indeed today’s directors can’t make the films they want. 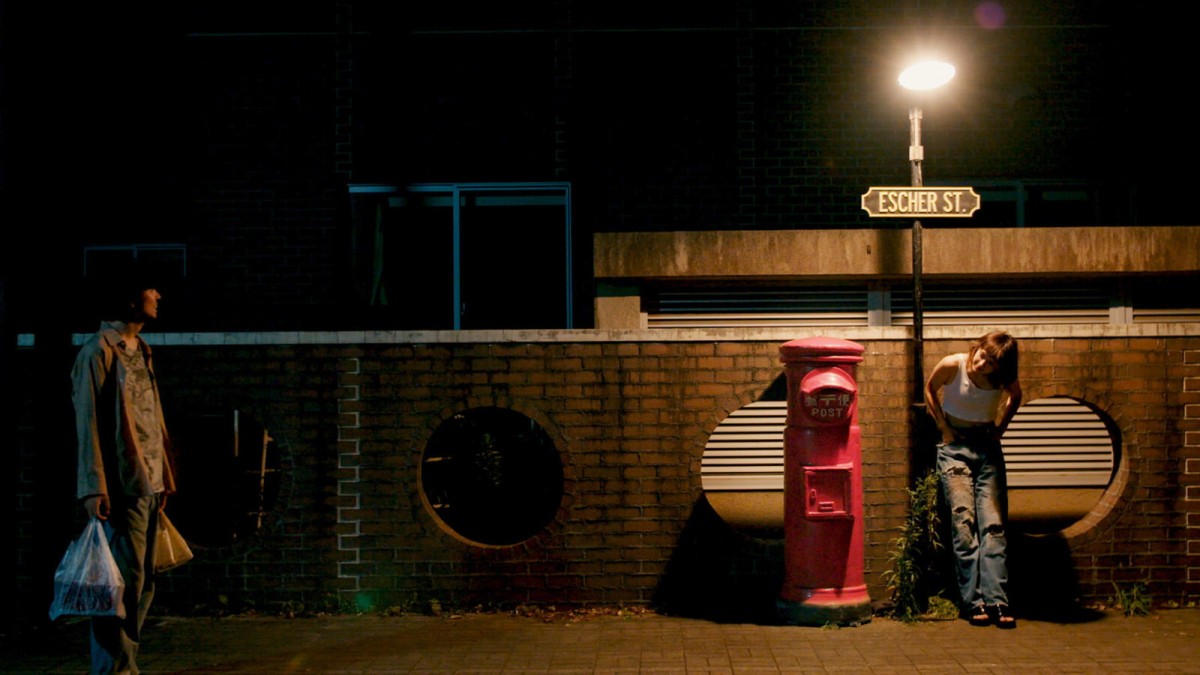 Yamazaki mentioned that the industry in Japan sees films as a means to promote actresses and idols, calling the struggle the film portrays a ‘reality’. She also elucidates on the simple fact that government subsidies and funding for films pale in comparison to other countries — despite it being a rather robust economy — making it ‘impossible to send our messages to the world’ when we prompted her on the condition of Japanese independent cinema.

It’s rather surprising on paper that one of the industry’s most provocative and determined efforts in years comes from a film veteran, who in the same year as Red Post on Escher Street — 35 years after his debut — released his first English language film, starring Nicholas Cage no less! Then again, it is Sion Sono we’re talking about after all.

“He’s a director who can help you realize your dreams,” says Yamazaki. “If you want to face your weaknesses and show your true self, he [Sion Sono] can help you achieve that.”

Judging by the plethora of life-or-death performances he wrung out of these many, clearly talented and passionate but still inexperienced actresses, Yamazaki’s words come with the evidence attached; “Face the people properly! Face yourself properly,” Sono supposedly yelled, and in turn, the cast of Red Post on Escher Street did exactly that. 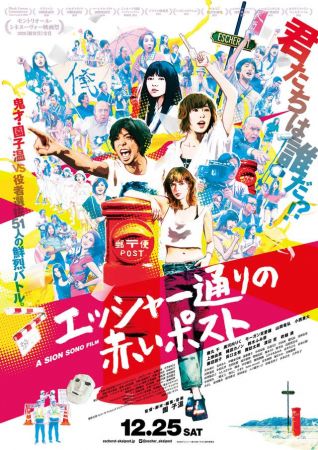 In what Sono proclaimed ‘a DIY film’ made mainly as a means to give the aspirationals some real-world experience, Red Post on Escher Street succeeds in crafting a tangible world via raw performance and film-making grit alone. Proving that even in today’s CGI-coated film landscape, Hollywood celebrities, glitz and franchise loops aren’t necessary, and are perhaps entirely antithetical to making engaging film art. As their characters do so in Escher Street’s in-movie auditions and film shoots, these working actresses offer their souls to the screen to ascertain their abilities to capital P Perform, to enthralling results. Prioritizing actors’ passion over nuanced subtlety, being bombastic even in its quiet moments, the film facilitates a direct and powerful connection between its performers to those willing to gamble two + hours with them.

Red Post on Escher Street is currently conducting their theater tour of Japan, check out their Twitter to stay up to date on showings and eventual streaming premier.

Art/Cult and Commerce: Japanese Cinema Since 2000

They Say Nothing Stays the Same

Enter the dark side of village life

For the Bright Future of Cinema: Tokyo Filmex 2015