Bizarrely, the height of our achievements is all-too-often equated to how good we are as individuals. We’re inclined to think that an award-winning brain surgeon with multiple pharmaceutical companies and a busy social life is surely better than their part-time cleaning staff with a perpetually empty calendar. Worse, we’ve come to believe that only a fool, a slacker or some kind of bohemian college dropout would actually choose to reject a chance for growth in our career, income and social prestige — all things we’ve come to equate as “success.” Yet founder of the YouTube channel Peaceful Cuisine, Ryoya Takashima, has found wisdom in saying no to opportunity.

“Though YouTube has become one of the world’s most popular platforms, I don’t want to stick to it,” he tells Metropolis. “I still think I have had enough.” Tallying over 166 million views, 446 videos and over 10 years executing some of the most beautifully meticulous vegan recipes on the internet, it’s not surprising that the culinary creator’s enthusiasm for the platform has dimmed. New business opportunities, income stream avenues, and the entrepreneurial dangling carrot of further fame through channel growth all in front of him. Still, he explains in an interview for the YouTube channel TOKYO VEG LIFE, “I’m pretty satisfied with the level I’m at now.”

Slowing down doesn’t mean backing away from a challenge, or giving up. It simply means shifting our idea of what the challenge might be.

When he launched the channel back in 2010, his ambition was to share the vegan lifestyle with viewers across the globe — deciding to make the channel bilingual to tap into the widest audience reach. Over time, he added more personal aims to his list, like learning the art of pottery so that he could complement his recipes with handmade ceramics, and mastering the cello so he could compose his own music. Viewers praised him not only for his skillful recipes, but for the sheer quality of his video production and their calming aesthetic. Comments along the lines of “I’m not even vegan but these recipes are amazing,” “Your orderly minimalism helps my anxiety,” and “Perfect ASMR to watch before bed” flooded the comments section.

It seemed like Takashima was aiming for the absolute top, but by 2020 he came to a realization, and he decided to wind the channel down. This choice coincided with the development and subsequent closure of his exclusive members-only online community, and a debut into the skincare market that he halted even before its full fruition. Though both were logical business steps that the YouTuber had mapped out on the horizon, he soon chose to end both. 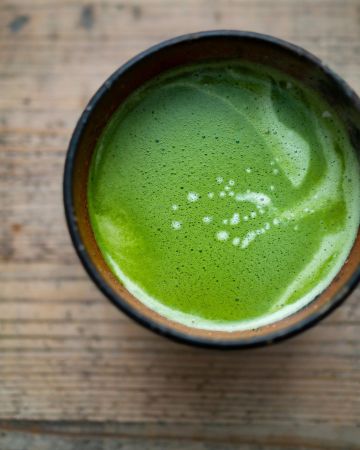 Massive flops? Missed opportunities for profit, potentially huge extra income streams and further prestige? A sign that the creator had become lazy or lacked further ambition? Takashima thinks they are none of these, and instead sees them as revelations. Slowing down doesn’t mean backing away from a challenge, or giving up. It simply means shifting our idea of what the challenge might be.

For Takashima, the urges for improvement and channel growth just stopped making sense, and the notion of more wealth and renown simply didn’t drive him. His idea of success has now evolved into two new avenues: actively choosing to live a life in which he has the freedom of time and flexibility, and health.

“It’s not like I don’t want to work,” he explains. “I’m spending my time hanging out with friends or doing what I want to do, and things I want to create or focus on become my work — and recently that means health. It’s a much more complicated thing than I anticipated, and that complexity fascinates me.”

This fascination loops back to his skincare project. “I gave up on the skincare brand because I realized that it was a temporary solution. It’s like how we simply take medicine that a doctor prescribes us to reduce symptoms of a cold, rather than working on our health from the inside of our body, and learning more deeply about the true cause and how to prevent it.” If profit wasn’t the drive, how could he follow through with the launch of a brand that he didn’t believe in?

The struggle for health is a personal one. When Takashima returned to Japan after time working abroad in the car industry, he was diagnosed with the skin condition cholinergic urticaria — a kind of hives. He suffered for over a year, taking various medicines but still unable to go outside without his skin reacting badly. Over time, he discovered that stress was the culprit. Once he focused his energy and time on improving his mental state rather than finding pills and creams, his condition improved. 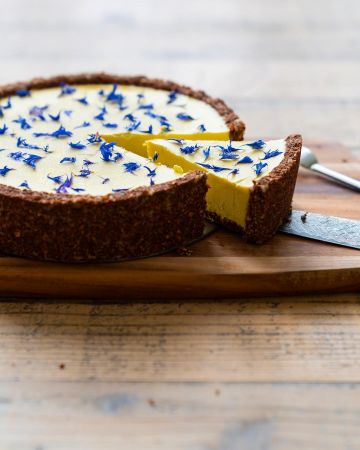 “What we need to do is think,” he explains, panning our discussion out to a wider topic: that of today’s current trend to hyper-consume media. “We shouldn’t consume and accept information without questioning it. Not all the information on the internet works for you, like how turning solely to medicine is not always the best way to take care of your body.”

In a world where media is increasingly condensing itself, entire books and movies summarized into short videos (Google “Titanic in 10 Seconds”), Takashima is becoming concerned — especially when it comes to medicine and health. “Videos like ‘10 minute yoga to cure X illness’ or ‘X helps reduce headache symptoms’ — they might aid you in the short-term, but they’re still not fundamentally solving the problem. This kind of shortform content has an incredible number of views but, ironically, it’s actually making it harder and harder for people to reach the real, deeper information they truly need to know about. They’re not helping people to think, to look at what underlying long-term causes they can address. There’s a demand for quick content that comes from those who want to catch up with all kinds of information and trends by spending the absolute minimum amount of time possible.”

Looking at Takashima’s channel in this light, we start to see more than just culinary genius and an exquisite looking vegan mocha fudge ice cream. His content isn’t only for teaching people recipes (Takashima knows his dishes call for ingredients and tools that are too tough to source for daily cooking at home anyway), and it isn’t for the necessity of a vegan lifestyle (he says he isn’t vegan for any kind of belief, and has never tried to force the idea onto anyone).

Instead, it is a reflection of his philosophy that the important things around us like our health, culture and diets are surely more complex and worthy of our focus than a two-minute video summing-up Paradise Lost.

When it comes to food, Takashima encourages us to consider where each ingredient comes from, and to take the time to understand and appreciate each step. That mocha fudge ice cream started its life out not as a packet of fudge and a spoonful of instant Nescafe, but right from its origins: organic raw coffee beans, which Takashima dutifully starts from and goes on to painstakingly hand-roast, grind and brew in careful stages.

The challenge for us now as viewers is to take a little of Peaceful Cuisine’s wisdom off the screen and into our own lives by asking some hard-reaching questions. What is truly important to us, and what should be our sense of success? Where are we allocating too much time and stress that could be better spent elsewhere? Perhaps Takashima can show us how to find wisdom in sometimes saying no, and ultimately, to shape a lifestyle that is healthier for us and — true to his channel’s name — also more peaceful.