A power trio that brings an extraordinary mix of piano, band, and drums, Ryu Matsuyama has a unique sound that can be classified as “ambient pop.” This is a style that pulls the listener into its deep melodies, and the dialogues between rhythm and vocals. The result of this mix of elements is an invitation to a unique world, a place to experience different emotions through the lyrics and choruses.

It’s been a long time since any contemporary band has sucked me in as deeply as has Ryu Matsuyama. I had to know more, so I reached out to the group’s singer-songwriter and pianist Ryu to learn what drives the band and their music. 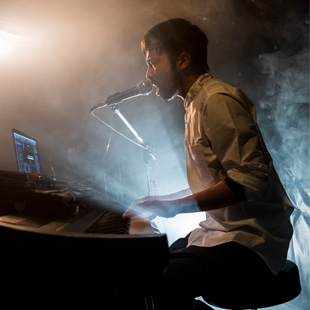 How did the band get started?

I was born and grew up in Italy, where I lived for 20 years. In 2010, I moved to Tokyo and started my solo career. In 2012, I wanted to form a band and held some auditions. That’s how I met Tsuru [bass]. Tsuru is from Kagoshima and the only “real” Japanese person in the band. He was greatly influenced to pursue music by his parents, and because of this, he started playing bass when he was 10 years old. In 2014, Tsuru and I decided to search for a drummer on Twitter. We found Jackson, who was born in Tokyo and was just returning from Boston, where he studied music at the Berklee College of Music. After he noticed the tweet and heard our music, he decided to join the band.

Who are your major influences?

We are influenced by many artists. For example, my favorite artists are Patrick Watson, Thom Yorke, and Kudanz. Tsuru’s reference as bassist is Will Lee. Jackson is a really eclectic and dynamic drummer, and his references are Bob Marley, Steely Dan, and Yamashita Tatsurō. We have completely different musical backgrounds, interests, and personalities, but we believe this is the strength of the band. There’s always something new to discover in each other.

What inspired you to make music together?

We believe that making music is like painting on a white canvas. When we put together our experiences, music backgrounds, ideas, and feelings, it’s something like a connection. We have different characters—but in a positive way. With these different colors, we try to realize landscapes that nobody has seen before. 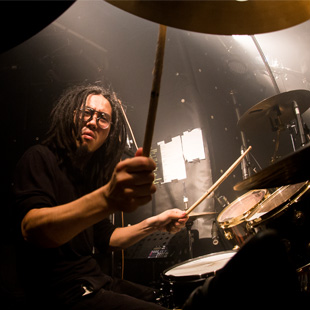 Who writes the lyrics? How do you compose the songs?

The lyrics and the songs are written by me. We usually go to the studio and introduce the first idea. Then, little by little, we start adding elements and rhythm to the songs. It’s like a jam session where everybody is free to put [in] their ideas and feelings.

How many albums have you recorded? Where can people find your songs?

On October 18, 2015, we released our first nationally-distributed mini album, Grow from the Ground. We have another mini album, Thinking Better, that was released in 2014. Both are available for purchase in CD stores like Tower Records and also online at iTunes and Amazon. 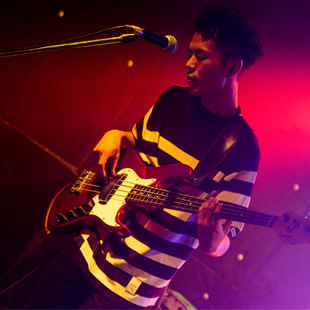 How would you like to be remembered by the public?

We sing almost all the songs in English. We want people to imagine beyond the lyrics, that they start their own journey with our music. That’s maybe how we would like to be remembered.

We do live shows every month, so please feel free to visit our website for additional information and live schedule. Also follow us on Twitter, Facebook, and check our videoclips on YouTube. We hope you enjoy our music and also [to] meet you in our shows.