”Old” is the new “new” in Tokyo fashion

Even if vintage fashion, as in well-curated archives, has been a huge part of the Tokyo fashion scene since the 1960s, secondhand or thrift-store shopping has been something of a social taboo in the mainstream—that is until relatively recently. In retrospect, the stigma was chipped away in the early 2000s with the spike of “used brand” shops popping up to sell the ubiquitous Louis Vuitton and Chrome Hearts of the era—but even then, you would get the occasional fashionista who wouldn’t stoop to secondhand.

Now, with the advent of shops aimed at teens like WEGO that offer a mix of cheap secondhand and fast fashion stock, the taboo has all but vanished—although everyone has a line they won’t cross. Secondhand shoes, anyone? 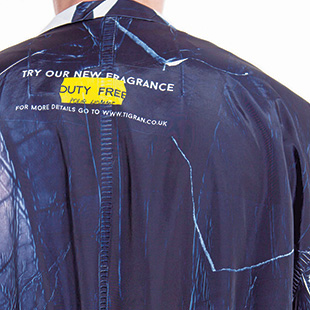 Tokyo’s known as the destination of choice for foreign observers to pick up fresh designers on the cutting edge of cool. However, linguistic and cultural barriers regrettably stop the city from being the stage it could be for young international brands in tune with Tokyo fashion tastes, looking to make a name for themselves. But that’s starting to change, not only on the more mainstream level with the likes of House of Holland joining the roster of the official Mercedes-Benz Fashion Week Tokyo, but the underground channels too are starting to open up to the right people.

Newly rebranded Omotesando select-shop “WUT,” formerly “Wut Berlin,” is one such avenue into the city with buyer Yann Le Goec scouting the graduation shows of fashion schools worldwide and offering the best a chance to exhibit in Tokyo. His latest protégé is Russian Tigran Avetisyan, who he picked out from the class of 2014 at Central Saint Martins, London. Now Tigran’s graphic-heavy Spring/Summer 2015 menswear collection is on sale at WUT ahead of anywhere else in the world, accompanied by a capsule collection of ten one-of-a-kind T-shirts. 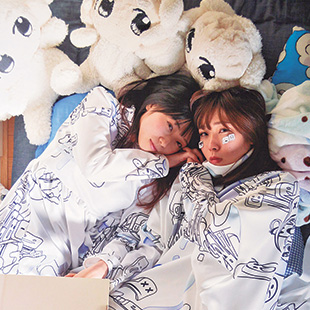 Regular readers may be well aware of the rise of Japanese pop culture-infused fashion, and indeed this month brings news that the godfather of Japanese high-fashion, Yohji Yamamoto, will be collaborating with seminal anime Neon Genesis Evangelion via his youth-focused sub-brand Ground Y.

But what happens to original hardcore anime, manga and idol fans who created this culture that’s now so celebrated in the mainstream? Well, the answer in parts was found at the recent Akiba Noise 3.0. The third installment in curator Kazuki Kotake’s series of Akihabara culture-themed exhibitions is fittingly entitled “Post Idol,” in response to the now-ubiquitous presence of idols in mainstream culture. In it, designers such as Mikio Sakabe, Rurumu and Ryota Murakami proposed their responses to where the original otaku-infused fashion is heading. And the answer? Deeper underground to the point where the mainstream dare not copy.

Furnishing on a Dime