Well, let’s be honest, during Umi no Hi (Marine Day) weekend it’s difficult to find anywhere to hide in Shonan. The strip of coastline that stretches across Kanagawa’s Sagami Bay is a notorious day trip destination during the coming July long weekend. From Kamakura to Enoshima, the region’s volcanic sand beaches are packed sun umbrella to sun umbrella with Tokyoites. City dwellers looking to breathe in some ocean air and take in the coastal scenery are more likely to encounter secondhand vaping smoke, a tableau of empty chuhai cans and about a thousand other people who had the same great idea.

Not to worry. While it may be difficult to beat the convenience of the hour-long train ride from Tokyo to say, Zushi Beach, if you’re willing to commit an extra twenty minutes to your travel time, a more scenic Shonan experience is attainable.

Here are Metropolis’ recommendations for beaches to visit this weekend that are off the beaten track.

Hayama, on the west coast of the Miura Peninsula, is home to one of the Imperial Family’s villas. A favorite of Emperor Taisho, this historic site turned the small seaside town into a popular beach getaway for Tokyo’s rich and famous. Although the town’s beach houses may break the bank, Hayama’s two main beaches are free, open to the public and considered by some to be the most beautiful in all of Shonan.

Isshiki Beach in particular provides a refreshingly relaxed and family-friendly alternative to the beach shack blitz of Kamakura’s Yuigahama Beach. The area is also known for clearer and calmer waters than its counterparts in western Shonan. Forest green hills frame both ends of the Hayama coastline, contributing to Isshiki’s natural scenery, and a grassy knoll next to the sand is often used as a spot for picnics, so makes sure to bring a bento or stop by a konbini en route.

If you’re not one to spend all day in the sun, a short trip into town could include a visit to the Museum of Modern of Art, Hayama or a stroll through Hayama Shiosai Park—the former gardens of the Imperial Villa—both of which are within walking distance from Isshiki Beach.

Zushi Station (1 hour from Shinjuku Station via the Shonan Shinjuku Line) is the jumping off point for Hayama. From there you’ll grab the Keikyu Bus bound for Hayama, getting off at the Isshiki Kaigan stop (a 15-minutes ride). While Isshiki Beach is far from empty during summer weekends, the additional bus leg of the trip weeds out the rowdiest beachgoers. Google Maps

Enoshima may get all the good press, but just west of that seaside tourist den is the comparable beachtown of Chigasaki. Honolulu’s official sister city, Chigasaki is often regarded as a center for Japanese-Hawaiian culture. Long before Kua Aina branded their burgers Polynesian, the shops of Chigasaki were repping Hawaiian tropical themes, products and cuisine.

Goddess, a local beach shop about 20 meters from the shore, claims to be the first surf shop in all of Japan. The surfers (and waves) of the area are well-known and the south-side of the city has been designated the birthplace of Japanese surfing culture. 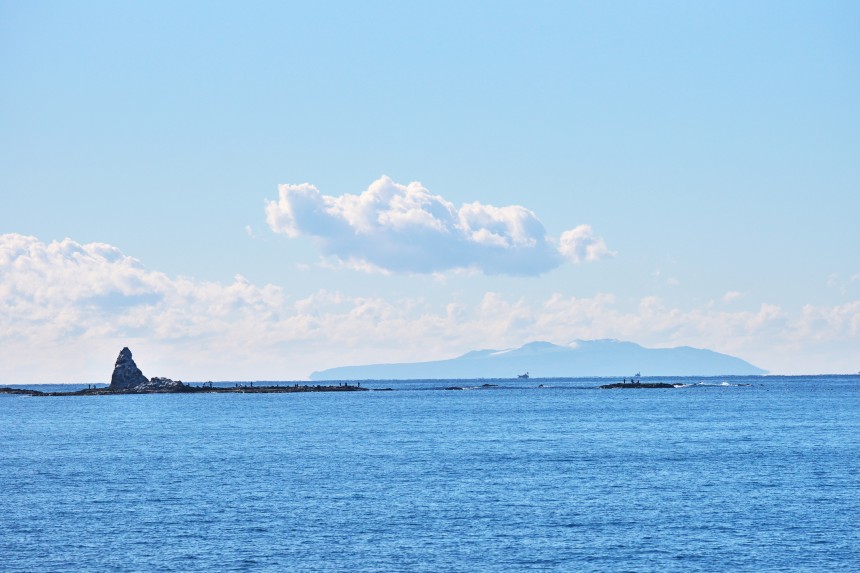 Chigasaki’s Southern Beach is the epicenter of this scene. The name is not purely geographic, but a dedication to Keisuke Kuwata, a Chigasaki native and the frontman of J-pop-rock band Southern All Stars. Southern Beach’s dark, sandy expanse is easily recognized by a metallic “C” sculpture at the beach’s edge, as well as a hat-shaped rock about a kilometer out from shore, nicknamed Eboshi Iwa. Shack bars are worth a visit for anyone looking to tap into their inner beach bum for a day. They provide varied food offerings, plenty of beer and lockers and showers for convenience.

Chigasaki Station is one stop after Fujisawa Station on the Tokaido Main Line (1 hour and 5 minutes from Shinjuku Station). At Fujisawa the train sheds many of its Enoshima-bound occupants, leaving the surfer bros and beach purists bound for Southern Beach. The shore is a fifteen-minute bus ride away from Chigasaki Station. Google Maps

Okay, this one is a bit of a cheat. Shonan may be the coast of choice for Tokyo residents during the summer months, but Chiba’s Pacific coast to the east is criminally overlooked. While in some cases a day trip to the Boso Peninsula requires a little more travel time, these beaches bypass major crowds and swap out Shonan’s dirt-black shores for something more closely resembling sand as we know it. It may not be the white beaches of the Caribbean, but the beauty of the Boso Peninsula is worth a little hassle. 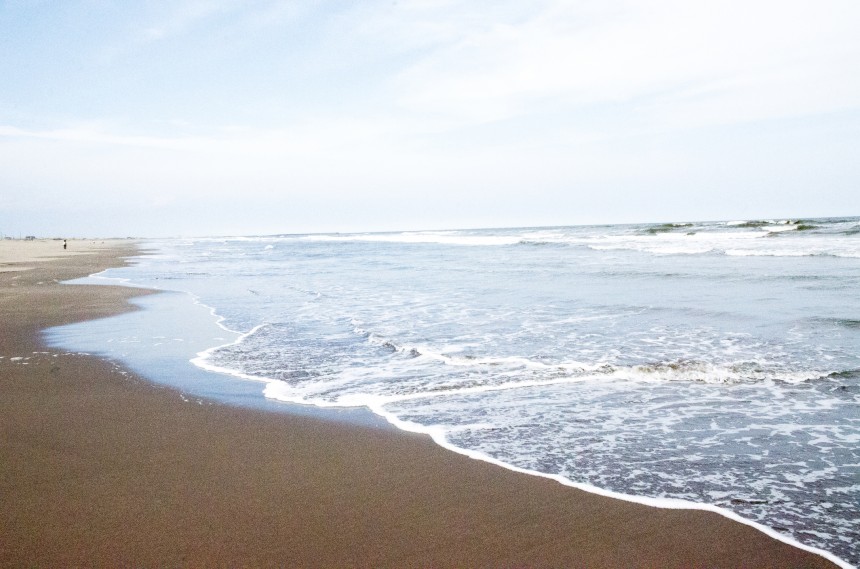 The hardest beaches to reach often have the highest reward. Kujukuri Beach is a 60-kilometer stretch of sand on Boso’s northern shore. It’s the second longest beach in all of Japan and nearly devoid of Kanagawa’s mass of day trippers. The area is proud of its “slow way of life” when compared to the nearby bustle of the 23 wards. Instead of beach shacks and resort hotels, you’ll find fishermen, farmland, surfers and coastline as far as the eye can see. Pro-trip: make sure to grab sunscreen and snacks on your way to Kujukuri, because there’s no guarantee of a nearby store.

Onjuku Beach is the better choice if you aren’t willing to compromise convenient train access. While there is still plenty of space to spread out, unlike Kujukuri there are rental shops and beach huts here and water sports like body boarding and surfing are very popular.

Kujukuri Beach is best reached by car, but portions of the beach are accessible by the JR Wakashio Line with a bus transfer at Oami Station. Onjuku Beach is a 90-minute ride on the Wakashio Line from Tokyo Station to Onjuku Station.