A Short History of Japanese Cheesecake

The top of a mountain is generally not the place you expect to eat some of best cheesecake of your life, particularly not the top of a mountain in Japan. Yet this was exactly what happened on a day trip to Mount Takao just outside of Tokyo, when I stumbled on Japanese cheesecake shop Tenguya, conveniently nestled by the cable car back to ground level. Tenguya sells crispy pastry tarts filled with a creamy, light and fluffy cheesecake centre akin to taking a bite out of the mountain’s surrounding clouds.

This light and fluffy mousse-like form (affectionately known as “fuwa-fuwa” in Japanese onomatopoeia) is typical of the cheesecake varieties native to Japan. While nothing about cheesecake may seem typically Japanese — dairy, cake — it’s a modern staple in cafes, bakeries, patisseries, specialty shops, convenience stores and dessert menus across Japan. Several cheesecake tart chains, like BAKE and PABLO, are renowned for attracting around-the-block queues for their stores, both nationally and internationally. 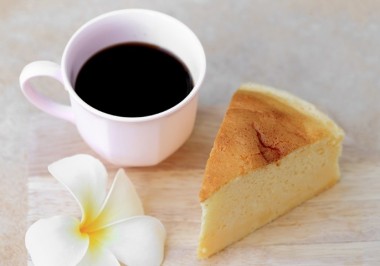 There are two main types of Japanese cheesecake, both the result of a slight remodelling to fit local tastes — lighter, less sweet and delightfully lower in calories. The Japanese “souffle” cheesecake is a baked variety, but differs from a traditional New York-style baked cheesecake by incorporating a meringue egg white batter to the cream cheese mixture, which is cooked in a bain-marie to produce a soft, chiffon-like consistency. It may or may not have a molten center, depending on the cooking time, and is also sometimes topped with a smear of apricot jam. Japan also has its own take on the Western unbaked cheesecake, known as “rare” cheesecake. This version uses a setting agent, like agar-agar or gelatin, and a base of cream cheese and yogurt rather than cream, giving it a sour tang.

To reach this point of distinction and global following, Japanese cheesecake traversed the globe, went through many iterations, and overcame challenges in culinary predispositions. Its history is therefore relatively brief — around 40 years — considering the cheesecake’s history of over 2000 years. The oldest record of cheesecake is credited to the writer Athenaeus in 230 AD, but records from as far back as 776 BC note it being fed to players of the Olympic Games to provide stamina for tired bodies. Archaeological findings show this version as cheesecake made from flour, wheat, honey and cheese, and was more of a pudding-style number.

Romans spread the Greek cheesecake across Europe, with the modern baked-style cheesecake thought to have its origins in medieval Poland, and was a mixture of cottage cheese, creme patissiere, lightly fermented raw milk and fresh cheeses. Polish immigrants took this cake with them to the US, then after the invention of cream cheese in New York in 1872, cheesecake recipes featuring cream cheese began to appear.

Meanwhile in Japan, the recently-established Meiji government was encouraging the adoption of foreign foods, with a recipe book published in 1873 making the first mention of cheesecake — albeit a mixture of cheese and rice rather than a Western-regarded “cake.” But as traditional Japanese palates of the time found cheese particularly noisome, the cake was not readily adopted. It wasn’t until the postwar period, when American forces stationed in Japan had brought with them American-baked cheesecake, along with other foreign flavors and foods, that tastes started to evolve. During the early Showa Period, soft cottage cheese and cream cheeses were introduced to Japan, and began appearing as a novel ingredient in traditional confectionary, which grew in consumption with the introduction of electric refrigerators in the home during the 1950s, and slowly the Japanese partiality for cheese and cheese-based desserts followed. 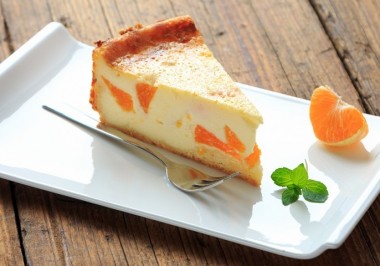 Commercial pioneers of cheesecake in Japan appeared in the 1960s. On a trip to Berlin in 1969, Tomotaro Kuzuno, owner of Kobe’s Morozoff, encountered a local käsekuchen cheesecake (a German variant), and was so enamoured that he decided it needed to be made available back in his home country. Rikuro Ojisan in Osaka was among the first chains serving up the characteristic wobbly, airy, souffle-style Japanese cheesecake. During the 1970s, women’s magazines featuring cheesecake catalysed a boom in the cake’s popularity across the country. In the late 1980s, more desserts featuring cheese-like tiramisu and cheese-filled steamed buns began to appear and solidify the place of cheese in Japanese cuisine. Since the 1990s, the appetite for, and availability of, cheesecake has been widespread across Japan.

If climbing a mountain for cheesecake isn’t your thing, PABLO has its largest store in Harajuku, also serving up flavors like matcha with red beans in addition to a traditional plain cheesecake, and letting customers decide whether they want their cheese tarts taken out of the oven a little earlier, for an oozy centre, or baked a little longer for a mousse-like centre. BAKE, which uses three different cheeses in their cheesecake tarts — one from Hakodate in Hokkaido — can be found in various parts of Tokyo. Otherwise, there are many other chains, cheesecake-selling cafes, and even regular old konbinis where you can sample the soft and fuwa-fuwa delight of Japanese cheesecake. 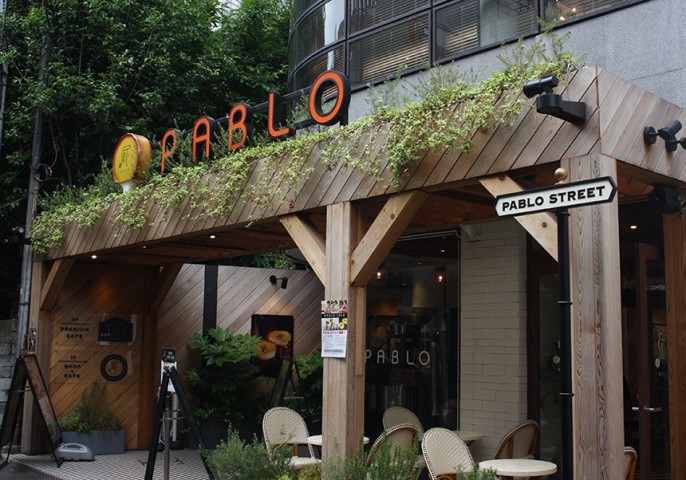 What, Where, and How (much candy can I fit into my face at once)?

Café with the facade of a clothing store