Tohoku residents are still feeling the effects of the earthquake and tsunami that devastated the region in 2011, forcing people into temporary housing where many still live. With the holidays around the corner, Alfie Silas is determined to lift their spirits through the gift of song. 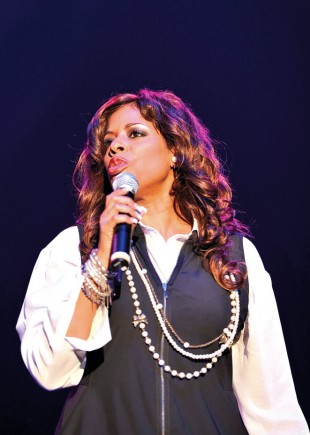 The spectacle—which will include holiday favorites in addition to music from The Lion King, in which Silas was featured—is a follow-up to a concert series she performed in 2011, where she was met with generous local gratitude.

“There were many tears and hugs—which I was told does not happen very often in Japanese culture,” Silas tells Metropolis. She was particularly moved when, after a performance in a temporary housing recreational room, a man yelled out, “Now I can go on!”

Silas is also thankful for being able to share her passion. “At times, music can be used as a great tool for healing our broken hearts,” she says, adding, “We already feel successful in this endeavor, having set up several concerts around Japan—also being blessed by God to do what we love to do.”