Metropolis caught up with English rock band Swervedriver ahead of their upcoming show at Shibuya’s WOMB on September 3.

Metropolis: Your latest album, Future Ruins, was released earlier this year. How does it differ from your other albums? Did you take a different approach?

Swervedriver: Slightly different, yes. We were afforded more studio time than with I Wasn’t Born To Lose You and so we recorded all the song ideas we had and then worked back from there. With the last album we just had the ten songs that were to be on the record, but this time we were then able to cull the thirty ideas we had down to ten for the album which meant it was a bit like making a playlist.

M: In another interview I read that you believe the album isn’t pessimistic and that you find Joy Division songs uplifting. Are you naturally optimistic?

S: Not particularly! I do see the positive side of things in general though, I think. It’s not hard to feel pessimistic about the current state of the world but that pessimism has nothing to do with the music itself. The world isn’t going away and so singing or listening to songs about flowers and love and happiness isn’t necessarily going to raise one’s spirits because it might seem irrelevant. I feel that listening to music that has bleak lyrical content can be entirely uplifting simply because it’s addressing certain subjects in the form of a song that might not usually be sung about. For example, someone who suffers from epilepsy might find “She’s Lost Control” by Joy Division uplifting simply because it’s addressing something that they are struggling with, and with Leonard Cohen you can enjoy the melancholia without feeling depressed, surely? Hearing songs about heartbreak or death when you’re in the midst of it can make you happy or sad but also raise you up I think, and besides, it’s okay to be sad sometimes! 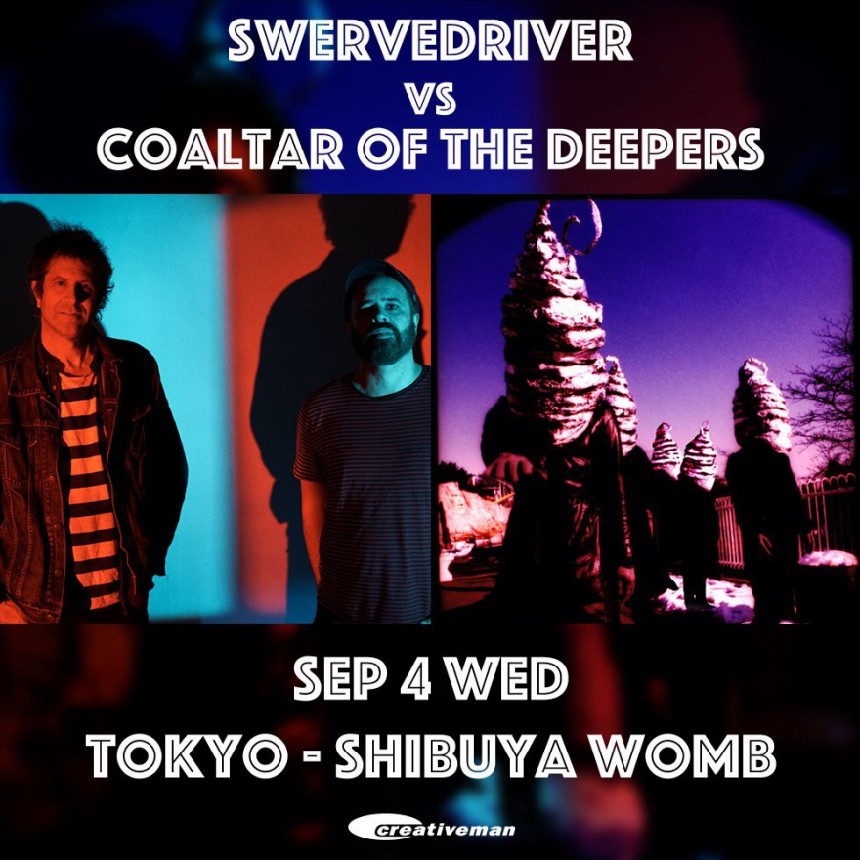 M: You got back together again as a band about a decade ago. How’s it going? What has the reaction been like?

S: People were initially just happy to have us back and playing live again and now, with the two newer records being very well received, the reaction has been great for the new material also. People have told us the records sound to them like classic Swervedriver while at the same time sounding new, because they venture off into certain directions we had never gone in before.

M: Other bands from the early 90s such as Ride, Lush and Slowdive have also been back on the music scene releasing new albums and playing gigs. Do you think people are looking back to the early 90s as an important and era-defining moment in music history?

S: I suppose they are. It’s good to know that that particular era of music has stood the test of time. I think people also appreciate the bands that are still being creative and exploring new sounds and styles, and not just sticking to a template of the sounds of that time or not making new records at all. We were all inspired by the era-defining moments that went before, so it’s rewarding that people view the early 90s in a similar way.

M: You’re playing a one-off gig in Tokyo in September. Do you like playing in Japan? What kind of reaction do you get from Japanese fans?

S: It’s a two-off in Tokyo now, I believe. We love playing in Japan. There was a period where we didn’t get to play there for a long time so we’re very happy to be returning so soon after the last time. The Japanese fans have always been very enthusiastic and we love boarding the bullet train and soaking up the culture — the technology as well as the hanging gardens!

M: When you come to Tokyo, what kind of things do you enjoy doing?

S: Tokyo feels very futuristic and the clash of western and eastern cultures is endlessly fascinating. We love searching around and finding fun things to do like eating ramen and drinking sake with the locals.

M: Danny Boyle is producing a new movie about Alan McGee and Creation Records. How was your time with McGee and the label. Fond memories? Will you see the movie when it’s released?

S: I expect I will see it, there’s certainly a good team working on it. Alan McGee was like a shot in the arm when we first met him and there’s definitely a sense of family with everyone who was involved in that label at that time, whether it’s the people in the office or the other bands and their crews. It was an exciting time to be involved in music and there was a lot of great music coming out of the Creation camp. Swervedriver really should be in the movie because when McGee had his big meltdown in Los Angeles he had been attending a show of ours on Sunset Strip — I don’t think we will be however!

M: Swervedriver are always labeled as “shoegaze.” Do you think that’s an accurate description of the music you make now?

S: Not at all, but being perceived to be part of a scene that has lasted the ages has in fact proven to be a great springboard for us and the other bands. It’s the same as any other genre name really — bands like The Clash or Can outgrew their monikers of “punk” and “krautrock,” while at the same time benefiting from having been involved in those scenes. If a 14 year old Japanese kid discovers “shoegaze” and investigates and likes Swervedriver records because of it, then that’s great! We didn’t really consider ourselves shoegaze in the first place but the shoes have ended up serving us well.