When Japan decided to modernize back at the end of the Edo Period, the role models were mainly the big powerful Western states like Britain, America, France and Germany. Their combination of wealth, high technology and military power appealed to a country that had been forced to modernize by the intrusion of naval power in the guise of Commodore Perry’s “Black Ships.”

In the general opening up caused by the extension of the Victorian global economy, however, other foreign influences managed to make an impression on Japan. One of the most important was that of Switzerland, which sent an official trade and diplomatic delegation in 1863. 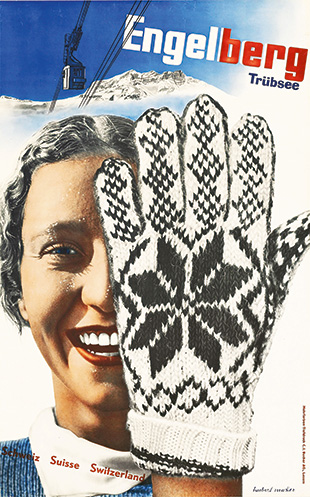 Poster for the Trüsbee hotel in Engelberg

Alongside the undoubted impact of the great imperialistic powers, Switzerland helped provide Japan with a more subtle and peaceful template for survival in the modern world, one that would be especially useful after defeat in World War II.

The latest exhibition at Tokyo Opera City Art Gallery, “SwissDesign” looks at this influence through a variety of products and industries, where Swiss ideas had an obvious applicability to Japan.

For instance, Switzerland was a pioneer in integrating the excellent craftsmanship of its artisans into factory production to counter the influx of cheap, low-quality, mass-produced goods with high-end manufactured goods, a notable example being the Swiss watch industry.

One characteristic of Swiss manufactures is their toughness and durability, a consequence of the Alpine environment. Another is compactness, as exemplified by the Swiss Army penknife, of which there are many examples at the show, including some with traditional wooden handles.

Another trail that Switzerland blazed for Japan—literally—was that of nature-based tourism. Japan’s Hakone area was developed as a “Switzerland in Japan,” and the “Japanese Alps” are yet more testimony of this Helvetic influence.

The most visually pleasing aspect of the show is the tourism poster exhibit, which shows the charms of skiing, hiking and boating, and can bear comparison with many a JR “Suki! Ski!” campaign.

As a small, neutral state amid the great powers of Europe, Switzerland also developed a culture and style plugged into a benign internationalism. It is of course the home of many international organizations like the Red Cross, the League of Nations—now defunct—and several U.N. agencies. 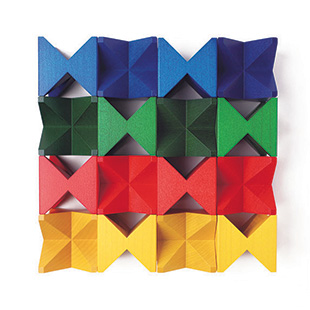 This internationalist role fed into the “Swiss Style,” an austere modernist style that influenced a variety of products from poster design and typefaces to furniture and architecture.

What this exhibition reveals is that for second-ranking powers like Japan and Switzerland, the way to be successful involves a lot more subtlety, skill and effort than being one of the “great powers” with all the inbuilt advantages that brings. Both countries can therefore learn a lot from each other—and in the case of Japan, they have.