The Evolution of Kimono

Modern takes on the Japanese garment

Have you ever noticed how “modern” the kimono is? Designers in European fashion capitals are frequently lauded for their modernist approach. Yet it’s rather ironic that the current cultural flow is almost unanimously in line with the modernist form Japan abandoned in early Meiji in favor of the stuffy morning suits and Rococo dresses. That might be an oversimplification, but the generalization is useful in that it should encourage us to think beyond equating the West with modernization.

And while I will continue to be guilty of referring to the kimono as “traditional” in terms of history, I believe this garment is a modern one through and through.

After all, what could be more modern than a garment that can be sized to the wearer at will, doesn’t need to have the pattern changed to be resized, can be accessorized to match trends, and is likely to outlive the wearer?

But more than functionality, it’s the very form of the garment that is in line with the aesthetics of our time.

The majority of European fashion has been obsessively cut to the body with darts and seams aplenty (just flip a jacket inside out and look at the mess of seams and cuts of fabric). However, Japan has been content to wrap around the body, following its lines, but letting the fabric drape itself rather than trying to manipulate it into position.

But this author is not alone in wanting to see the kimono given the credit it deserves in the contemporary fashion lexicon, while those inspired by it—who pair a version with jeans—get a round of applause in Paris. 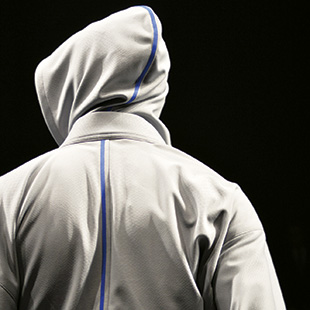 The only kimono designer who participates in the official Tokyo Fashion Week schedule may not seem like a bastion of progression to the uninitiated. But beyond the tradition deployed to satisfy kimono experts, who turn out in force to see the shows, the designer is surprisingly daring with his output—particularly when it comes to his menswear.

Jotaro Saito isn’t afraid of advocating for all-denim yakuza designs in Japanese selvedge, or else putting together a gym-ready look pairing a lightweight yukata with a hooded sweatsuit. Needless to say, these deviations from tradition are not without controversy; but for every look that kimono gatekeepers deem inappropriate, he manages to summon a spontaneous round of applause for another. At his most recent runway show, a vast fur wrap offered kimono wearers a genuinely new silhouette for their wardrobes. And in the past, he has managed to give geta a wedge-esque heel, and even punk-studded an obi.

Above and beyond the fashion itself, Saito always puts on a show for his fans, whether a traditional drumming performance to accompany a festival-themed collection, or a laser light show for his futurist offering. With his runways easily lasting 30 minutes (due to the longer changing times a kimono requires), this should be on your Tokyo fashion radar. 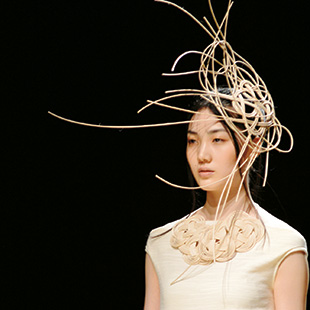 The design partnership of Hiroyuki Horihata and Makiko Sekiguchi is the current force to be reckoned with in Tokyo fashion, having launched their brand Matohu in 2005 after serving their time as pattern makers at the two most prestigious names in Japanese fashion: Rei Kawakubo’s Comme des Garçons and Yohji Yamamoto

However, their current headliner status belies an unassuming start with early low-key collections being held in their own Omotesando flagship before demanding the spotlight on the Tokyo Fashion Week schedule. Their success is largely down to their channeling quintessentially Japanese aesthetic principles in designs that could fit with ease into most wardrobes in Tokyo and beyond.

The most recent collection, entitled “Honoka,” was dedicated to an appreciation of faint light, the conditions required for lacquerwork and brocade to shine in darkness, that wonderful sensation of looking deep into the recess of a temple and being able to catch the glimmer of gold shining from deep within the gloom. With each collection, this brand revisits a Japanese aesthetic, and it’s telling that they have to provide extensive notes for even their Japanese guests at the catwalk presentations, detailing the topics they’re tackling. In essence, they keep tradition alive by ensuring that the aesthetic goes on, even if they accept that the form the garment must take has long since changed. 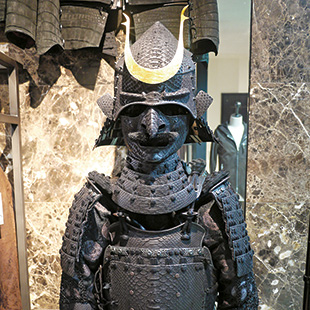 Fulfilling childhood dreams the world over, J.S.Art delivers literal samurai armor in fashion, right from its riverside boutique in Kanda, just on the outskirts of Akihabara. Owned by the respected armorers Marutake, the brand seeks to preserve Japanese history—and in particular the values of manhood represented by the samurai—through fashion, all while not forgetting to look the part. In delivery, we find leather jackets with laced sleeves representing gauntlets and woven silk binding replicated verbatim from the armor, not to mention the panels of leather themselves following the distinctive sharp lines of the iconic shielding. Needless to say, every last detail has its root in Japan—from the brass family crests that adorn every item to the ultra-rare snakeskin, only found on remote islands, that is used in luxury pieces that might set you back as much as a real piece of armor fit for battle. For those not in the market for the full-on urban samurai look, there are plenty of accessible buys with wristbands featuring real plates of armor, and even business card cases for those wishing to arrive at a meeting sword-drawn.

The brand comes full circle when it applies the techniques learned from fashion to the samurai armor that originally inspired it, applying leather to armor to make ensembles that would have been the envy of any court in Edo. 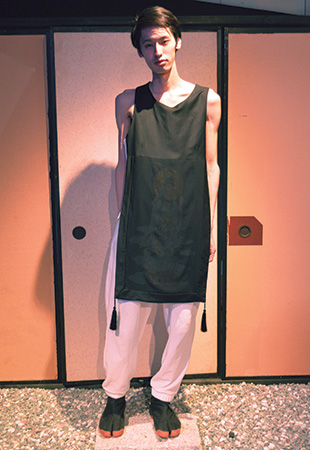 Today’s street-snap star is proof—if proof is needed—that traditional ideas have a way of finding their way onto the street in very progressive ensembles.

Today’s trendsetter wears Buddhist monk-inspired attire complete with a layer of iconography, artfully hidden behind a sheer layer, finished with tabi shoes. While I’d only ever advise you dive into the religious side of the ensemble if you have a concrete idea of what you’re getting yourself into, the tabis are an easy buy for most wardrobes.

Popularized outside Japan by Maison Martin Margiela’s luxury iterations, which retail around the ¥150,000 mark, an altogether more practical version can be bought for around ¥3,000 from your local DIY or gardening supply shop.