Lesser known to international audiences than the tales of a certain promiscuous Genji, “The Tale of The Heike” stands equally important to its 11th century predecessor as a fellow foundational text of early Japan.

Still worth diving into in the 21st century, these 12th century tales of ancient conflict between the Minamoto and Taira clans swirled about 13th century Japan via traveling monks preaching their stories with accompaniment by biwa players (a traditional shamisen’esque Japanese stringed instrument), a longstanding form of oral tradition here.

While one can never be too sure when sourcing these ancient texts, it’s said a blind monk named Kakuchi pieced together the version most would read towards the end of the 14th century. Heavy history already, but who knew his actions would one day also lead to The Heike Story, a particularly spectacular animation from A Silent Voice director Naoko Yamagata? 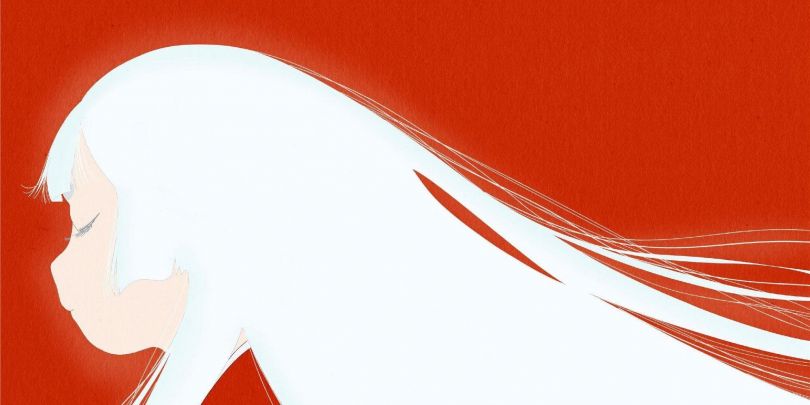 Her fresh rendition doesn’t directly take from Kakuchi’s epic, but rather a modernization offered to Japan in 2016 by multiple-award-winning scribe Hideo Furukawa, whose novels “Slow Boat” and “Belka, Why Don’t You Bark?” are available in translation, among others.

Unfortunately his interpretation of “The Tale of The Heike ” still requires Japanese proficiency to read, but versions of the original text have been adapted into English no less than five times, with its first translation by the great translator and educator Arthur Lindsay Sadler approaching its hundredth anniversary this decade.

Likewise, like “The Iliad” before it, “The Tale of The Heike” has been modernized and remodernized in Japan many a time before. “Musashi’s” prolific author Eiji Yoshizawa’s “Shin Heike Monogatari” (literally translating to The New Tale of The Heike, though released in translation with a different subtitle) has made waves. Considering this, can’t we also consider Naoko Yamagata’s The Heike Story anime another such modernization in the canon? 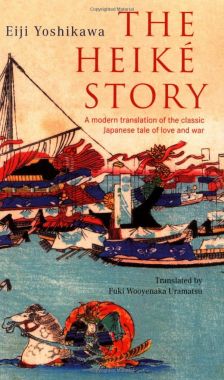 Perhaps if Naoko Yamagata was a lesser director, or if Science SARU was a dime-a-dozen animation studio, we’d have an excuse to cast our eyes away at an anime daring to invoke “The Tale of The Heike’s” legacy without contending it. However, yet another cheap contortion that supposes ‘hey, what if Nobunaga Oda was a high school girl’ it is not. After crafting multiple cult classics for the beloved Kyoto Animation, 2016’s gut-wrenching theatrical A Silent Voice forever designates Yamagata a director to watch.

With television anime like Keep Your Hands Off Eizouken!, Devilman Crybaby, and Ping Pong: The Animation under their belt,  Science SARU is responsible for a considerable portion of the anime actually worth watching from the last ten years, a decade replete with tired Shounen and Isekai derivatives. As one would hope, their powers combined have resulted in a The Heike Story worthy of “The Tale of The Heike” name.

Yamagata put extraordinary care into the sounds and colors of The Heike Monogatari, the audiovisual experience alone justifies its existence. Soft, pretty tones paint one delicate scene of 1180s Japan after next. Whether indulging in nature’s splendor or asking you to take in the simple beauties to be found in imperial court, The Heike Monogatari pilfers you straight out of your Tokyo apartment and suburban American homes alike, and nests you snug into more serene worlds. Not that these worlds are always calmer mind you, the story documents the end of the Taira Clan, death regularly knocking at the door in these episodes.

Interestingly though, death is presented quite matter-of-factly when seen through the eyes of young Biwa, an orphan taken in by the head of the Taira clan named after the instrument she carries. Protagonist and audience stand-in, she takes in sadness as is while reveling in the simple pleasures of court life, bonding with the local maidens and jamming her biwa in tandem with her adoptive brother’s shakuhachi for everyone’s merriment.

With such an emphasis on the biwa throughout, the clearly strived-for authentic instrumentation deepen’s the show’s purview, with shots of Biwa singing her soul away over the sounds of her strings cutting right to the heart every time. 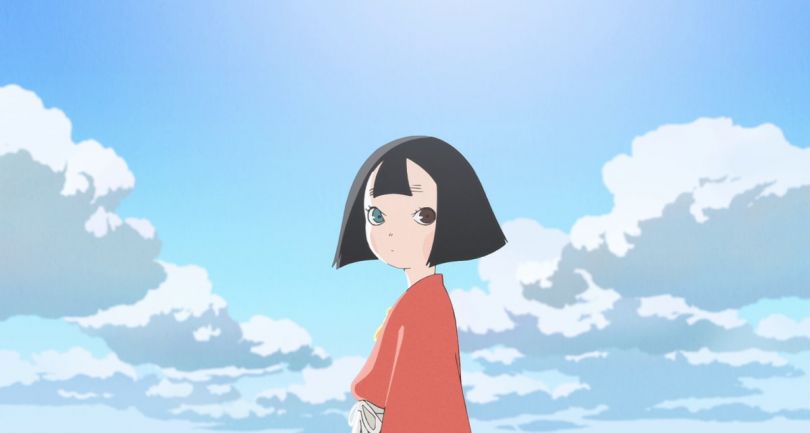 One wouldn’t think that the venn diagram of modern anime watchers and people who’ve read through “The Tale Of Genji” in its entirety has too much overlap. Manga more regularly offers portrayals of ancient Japan true to its history, or at least its history, compared to its television counterpart, often significantly more interested in turning someone like Masamune Date into an image you can pay thousands of yen to collect in a phone game than making real art out of his lauded life.

Naoko Yamagata and Science SARU’s evocative retelling of those monks’ oral legends since turned Japanese literary canon culminates into something exceedingly rare in the modern landscape of Japanese animation as a business; a show worth watching, no matter where you fall on the anime divide.

Hold a strict no-anime diet outside of Ghibli movies but love Kurosawa and read Soseki? The Heike Story is for you. Haven’t thought about “Genji Monogatari ” since Japanese 101 in uni but still enjoy the ‘toons? There’s something here for you too.