The buzzing festival season is finally coming to an end as the city’s hottest gigs retreat indoors. Still, live venues can be a more ideal setting for diving into an artist’s sound, particularly in the case of introspective performers like British singer-songwriter Amber Bain, known by her indie pop act The Japanese House.

The Japanese House has been active in the music scene for a while, releasing several EPs since 2015 as well as a debut studio album, Good at Falling, earlier this year. After playing at major festivals, including Britain’s Reading Festival and Swedish Way Out West Festival, London-based Bain’s solo project finally made its first appearance in Japan at Ebisu’s Liquid Room this month. 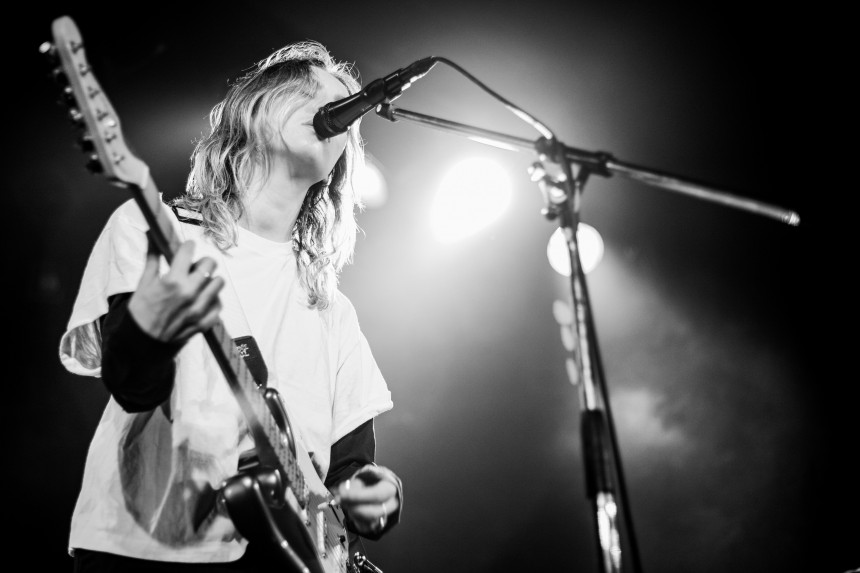 The name is counter-intuitive, as neither Bain nor her bandmates hail from Japan. Still, Japanese fans undoubtedly felt a special connection as the artists entered the stage. A mix of nerves and excitement filled the air as the group embarked on its Japan debut within the spacious yet intimate venue.

Bain appeared onstage with the rest of the band, melting away some of the crowd’s anticipation with her first song of the night, the 2016 single “Face Like Thunder.” The band consisted of minimal instruments: a bass drum, keyboard and Bain’s guitar, which was enough to reproduce The Japanese House’s sound in a live setting and, moreover, highlight Bain’s trademark finesse — strumming a right-handed guitar upside down with her left hand.

During the hour set, The Japanese House showcased songs like “Maybe You’re the Reason” or “We Talk All The Time” from its debut album Good at Falling alongside older releases from the 2015 EP like “Clean” and “Cool Blue.” A serene mix of acoustic and spacey, electronic sounds created the perfect mood for the end of summer. The chemistry between the stage and the nearly sold-out audience felt as if she had performed in Japan before. When the show ended, the crowd was left with a strange sense of excitement, nostalgia and wanting to see her again in the near future.