Why Do 84 Percent of Women in Japan Think Cheating is Healthy?

You’ve probably heard whisper of Japanese “hookup bars” before. Typically guarded by an external intercom and walkie-talkie-wielding staff, strict anonymity policies are commonplace and back-room hookups are encouraged. The anonymity of these bars appeals to people looking for uncomplicated, stress-free hookups but it’s not uncommon for patrons to eventually discover, sometimes after multiple rendezvous, that their back-room acquaintance is married. Half of the patrons generally are,  which explains the scent-free soap in the showers.

According to 2020 statistics, around 20 percent of the Japanese population report having cheated on their spouse in the past. A couple of years prior, the Pew Research Center conducted a study placing Japan as the seventh country in which cheating was considered ‘morally acceptable.’ Rachel testifies: “In a lot of people’s minds, the expectation that someone can meet all of your needs seems pretty unreasonable. It happens so often that they get married, have kids and often from there people stop sleeping in the same beds… So from that natural disconnect it kind of breeds this ‘it can’t be helped’ mentality.”

But unlike the West and its Judeo-Christian values in which sexuality is morally charged, Japan does not run on this idea of morality – at least not in the way the West understands it. In fact, an internal survey carried out by Ashley Maddison found that 84 percent of women and 61 percent of men in Japan report their extramarital affairs as beneficial to their marriage.

According to Mariko*, a business and life coach based in Tokyo, it is all about the kind of agreement that marriage represents between people. “I’ve had Japanese friends talk about their experiences discovering the infidelity of their partners, and the idea was ‘I don’t mind so much that you do it, but can you please be a little more elegant about it?’” she reports. “The moral code behind that is to do it in a way that’s not going to hurt the other person.”

She observes that concepts like ethical non-monogamy or polyamory, which seem like more recent relational agreements in the West have long been around in Japan. “It comes down to the question: what is the agreement, and what are we breaking? For some couples, infidelity might not be the betrayal, but being sloppy about it might be.” 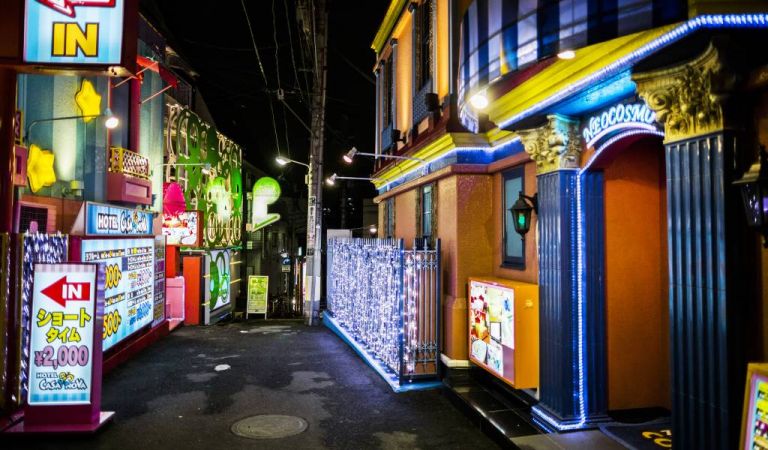 The sociologist and current Deputy Director at the German Institute for Japanese Studies in Tokyo Dr. Barbara Holtus spent her career studying some of these very questions. According to her, it is vital to understand the Japanese approach to marriage in order to understand infidelity: “Japan sees marriage from a functional perspective. Marriage is very much tied with childbearing and child-rearing – and the very low rate of children born out of wedlock is an indicator of that. You also have marriage as the step towards really being an adult and becoming fully accepted in Japanese society. If you have that functional view of marriage, then once the couple doesn’t want children anymore, sexlessness is sort of a developmental step in this.”

Josh*, a 44-year-old Australian professor and photographer who moved to Japan 15 years ago, illustrates Holtus’ findings perfectly. He has been married for about eight years and has two children with his Japanese wife. They live and co-parent together, but haven’t slept in the same room for years and no longer have a sexual relationship. “We wouldn’t have gotten married if it wasn’t for having a kid – I wouldn’t call it a fairytale romance by any means,” he says.

Josh is energetic and confident, but he doesn’t feel comfortable discussing his personal experience of infidelity in so many words… He instead chooses to speak in hypotheticals: “If you’re in a marriage and your partner has decided that the shutters have come down and sex won’t be happening even though you’re up for it still — what’s that person to do? I don’t have any moral misgivings about a married person seeing a person outside their marriage if they don’t really have any other choice.”

According to Holtus, Japanese society has predominantly been founded upon filial love rather than romantic love, as Josh demonstrates when discussing his wife’s background: “I’ve never even seen her parents touch each other. They’re very independent people, which I think is really cool, but I’ve never seen them show even a hint of affection towards each other – physical or romantic.”

This is not to say that married women with children don’t have sex at all, of course – perhaps just not with their spouses. In her research, Holtus finds that infidelity in women has been on a steady rise since the 1980s. She argues this is actually a promising sign, as it shows women feel more empowered to assert themselves as equal members of society. Divorce rates have also been increasing as it slowly becomes less stigmatized, but it remains an extremely risky financial decision for women.

This is another aspect of infidelity in Japan — the gender dynamics of marriage and infidelity: “For women in Japan, things like one-time alimony payments make it extremely difficult to be a divorced mother,” says Holtus. Incredibly, 75 percent of single mothers in Japan still live under the poverty line despite having jobs.

The perhaps most baffling aspect of infidelity in Japan to the Western observer is the fact that it appears to be socially accepted, both within the marriage and society: “Truth is really slippery here,” says Josh. “I think in a lot of marriages it’s don’t ask don’t tell. In some cases [his own] the woman knows because it’s been discussed.” Still speaking in hypotheticals, he adds: “There was once something said, and the thing that was said was: ‘if you want sex, you should get a girlfriend.’”

The case that broke the Japanese legal system

Are My Japanese In-Laws Racist?

Why so many Japanese are failing to start a family

Square Pegs and Round Holes?