“How to manage humanity?” art director Hiroshi Koike asks Metropolis in an interview at a Tokyo rehearsal studio. “How do we begin to rethink human beings again?” These are the questions Koike poses as an introduction his latest masterpiece, a theatrical interpretation of the sacred Hindu epic poem The Mahabharata.

At about seven times the length of the Iliad and the Odyssey combined, The Mahabharata is the longest epic poem in the world and one of the most important pieces of literature ever created. It tells the story of the struggle for sovereignty between two groups of cousins, the Kauravas and the Pandavas, and the universal themes of good and evil, life and death, love and war.

Specifically on March 11, 2011 — the day that Koike witnessed the Tohoku earthquake and subsequent nuclear disaster in Fukushima devastate northern Japan, including his hometown in Ibaraki prefecture. Even before that tragedy, Koike was concerned about the future of our world, and was already ruminating how to translate his questions into art. “In 2001, I made ‘WD production,’ meaning ‘What have we Done?’ I wanted to create that as a bridge between the 20th and 21st century. That time, I worked with many American artists, but one actor couldn’t continue because he was so traumatized after witnessing 9/11. I didn’t want us to become this kind of world, but my fears of what the 21st century could become like were already becoming actuality.”

“Making the Mahabharata was, therefore, my big purpose after 2011,” he explains, jumping back to 2021. “Now, humans are facing very dangerous and very large man-made problems in this world. I see a connection to The Mahabharata series here. This poem starts as a story about the Gods, but the Gods come from heaven to earth to create one human family. That family separates into two and starts to fight. At the end, everybody dies. Everyone and everything faces collapse because of man’s actions.” 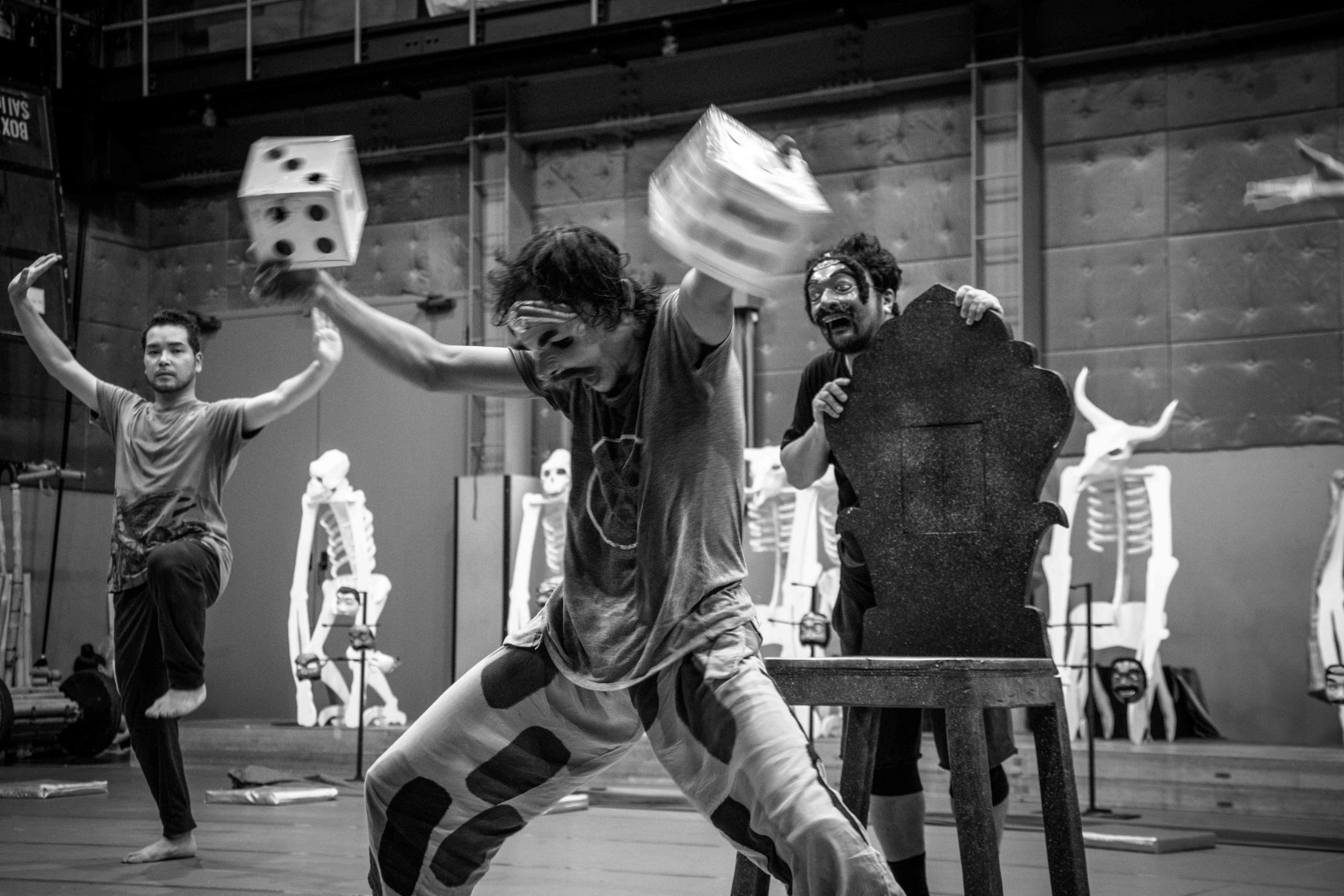 When Yudhishthira loses everything in a game of dice with Duryodhana, the eldest of the Kauravas, the Pandavas are exiled to a forest for 13 years. | Performers from left to right: Kota Kawamitsu (Okinawa), Danang Pamungkas (Solo, Indonesia), Jinya Imai (Japan) | Photo by 許方于

At almost 100,000 couplets long, the sheer length of the series meant that Koike’s production was never going to fit into something resembling any other standard two-hour theater performance. But as Koike traveled across Asia over the coming years, it began to evolve into something even larger and more ambitious than anyone could have expected.

The cast is made up of performers scouted by Koike himself across seven Asian countries, and the result is a stunningly multi-cultural blend featuring traditional dance, music, song and costume from Cambodia, Thailand, India, Malaysia, Japan, Bali and Indonesia.

“I made chapter one in Cambodia back in 2013,” begins Koike. “At that time, I used Camobodian language [Khmer] but, for those who were not from Cambodia, it was so difficult to feel the story the actors were telling. The second one was in India, 2014. At that time, I used English. Of course, then everyone understood the meaning, but the mentality and heart was not connected to the words they were saying. That’s why I ultimately chose to use the performers’ mother tongues.” 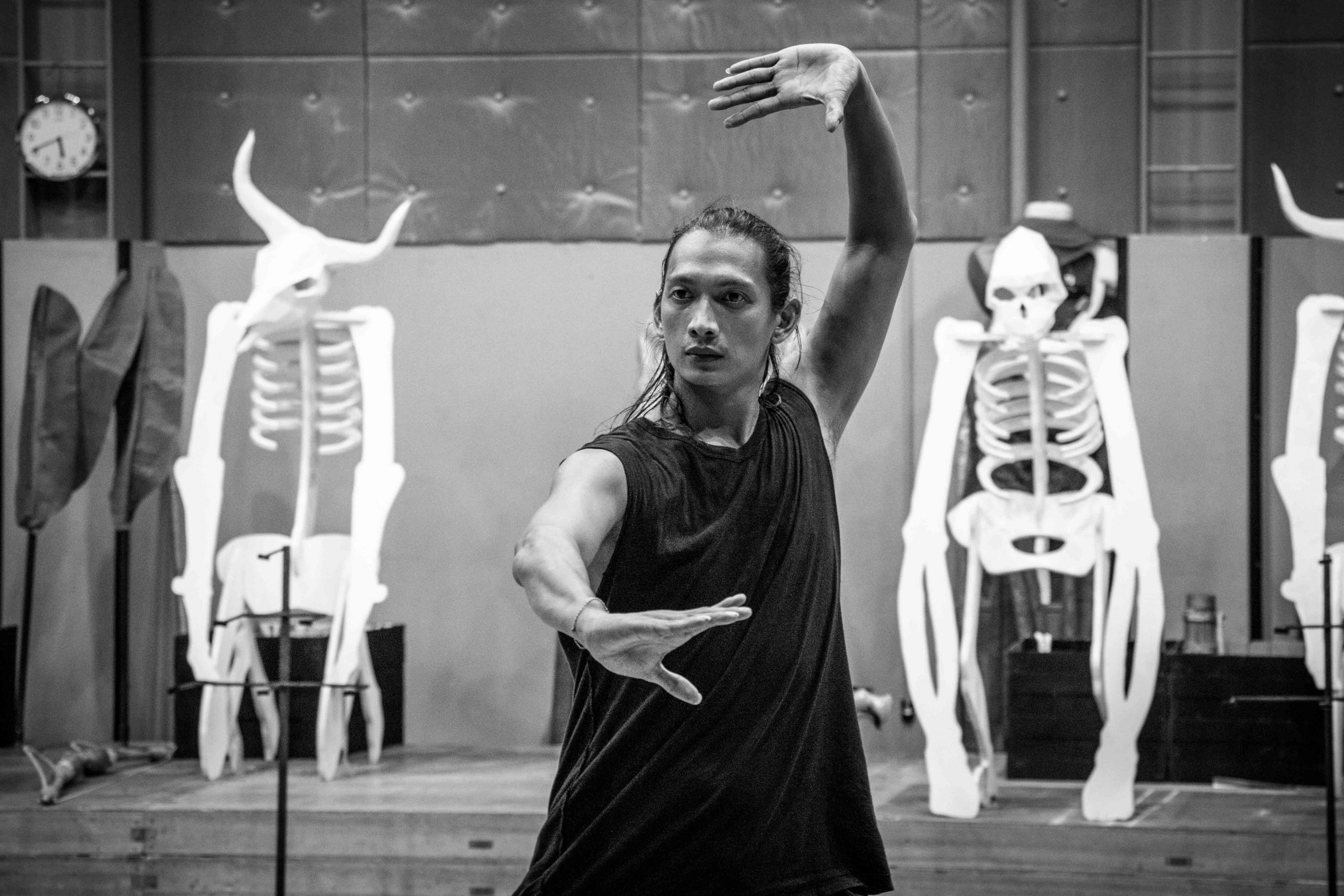 The cast features an impressive list of some of the most active dancers and performers in Asia, including Suryo Purnomo (Bali, Indonesia) who plays the role of Arjuna. | Photo by 許方于

“Language has different rhythms,” he continues. “Dance movements, musical melodies and body language vary across cultures. All the performers’ backgrounds are different, everybody is using a different language and different body language in this production — but still, despite their diversity, they make a harmony in this production. When thinking about our world, this is the most important element for the future.”

A beautiful manifestation of humanity’s flaws, a provoking presentation of its (in)ability to change the course of our future and a celebration of Asian cultures and traditions, all told through a synergy of music, dance, video art and animation, Koike’s Mahabharata is a truly once-in-a-lifetime experience of one of the world’s three great epics for both performers and audience alike.

The production is presented in two parts, “Chapter of Desire” and “Chapter of Tempest,” as a six hour production. You can choose to watch the two chapters over two days, or in one day with a three hour break in-between (the perfect opportunity to stretch your legs and explore Nakano). Tickets will go on sale from June 12, 2021 until August 23, 2021.

How to Purchase Tickets