The Man the American Military Feared Most

Fukutsu and fighting for freedom

Okinawa has been a “problem” for the U.S. and Japanese governments for quite some time. Or perhaps more succinctly the Okinawan people have been fighting for self-determination in their homeland for quite some time. The Man the American Military Feared Most follows activist and politician Kamejiro Senaga, who was a seminal figure in the development of Okinawa’s resistance to being used as a pawn in geopolitics.

The documentary has a fascinating genesis. Tadahiko Sako is a well-known Japanese newscaster and filmmaker who appeared for years on TBS’s news broadcasts. He was mentored by legendary producer Tetsuya Chikushi, who had a driving interest in Okinawa and Okinawan self-determination. The passion was passed down to Sako, who decided to direct a documentary about Senaga, which aired on TBS in 2016. But the network shunted it off to a late night slot and so it didn’t get the audience or attention Sako hoped for (though it did win a prestigious Galaxy prize). Undaunted Sako decided to remake the work as a feature documentary, and Euro Space, one of the champions of indie cinema in Tokyo, agreed to show it. Renowned musician and activist Ryuichi Sakamoto was happy to provide the soundtrack. 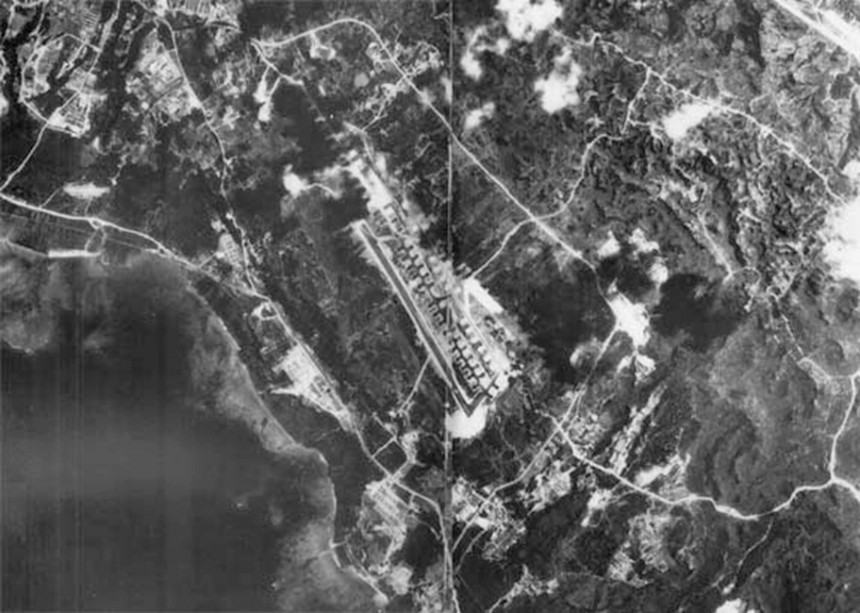 Futenma Air Base in Okinawa circa 1945

The work is important both for the historical value of the footage it brings to light, and its supreme relevance to the current situation in Okinawa. Okinawa was occupied by the U.S. far longer than mainland Japan, only returning to Japanese control in 1969. Senaga starting fighting U.S. occupation as early as the 1950s, rallying citizens to attack the intellectual foundations which lay at its core. From giving speeches to leading demonstrations, he was at the forefront of the freedom movement for over 40 years. He ran for governor of Okinawa and mayor of Naha, winning the latter in 1957. In his later years he won a seat in Japan’s National Diet, continuing to campaign tirelessly for Okinawan self-determination.

The current opposition to the U.S. bases in Okinawa, and particularly the relocation of Futenma air base to the pristine coastline of Henoko, has its antecedents in Senaga’s political activism. The word that represents him and his movement — fukustu, or indomitable resolve (used in the Japanese title of the film), has come to define and embody the spirit of Okinawan resistance. Despite 70 percent of Okinawans voting against the relocation this year,  the U.S. and Japanese governments pushed ahead with it anyway, making The Man the American Military Feared Most an especially timely and powerfully relevant documentary to watch out for.