Bring out your inner ferroequinologist

Riding a train is a commonplace practice in Japanese life. And why not? They’re so incredibly efficient and punctual that they make the notion of private transportation seem obsolete. Car? What’s a car?

But few of us, sans the densha otaku (train nerds) cohort, ever give more than a passing thought to this well-oiled system of transportation. It’s a system that deserves respect. Really. Plus, haven’t you ever wondered why the shinkansen is named so? Or what it’s like to actually drive one? 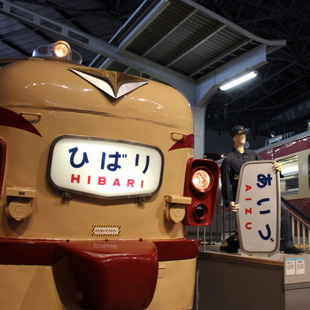 Simultaneously pay homage to the train gods and unlock your inner 7-year-old boy at Saitama’s Railway Museum, a fantastic discovery into the secrets behind Japan’s massive rail system.

Located out near Omiya, the Railway Museum is easy to find—conquering its own massive space with ample, idiot-proof signs showing the way. At ¥1,000 admission, the museum consists of four floors, with most visitors spending the majority of their time on the first floor, which contains the “History Zone” and “Park Zone.” (Note that most of the museum’s exhibits are in Japanese, but enough English exists to thoroughly educate.) 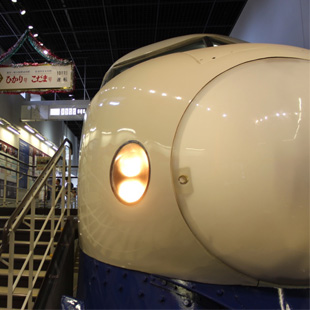 The “History Zone” alone is rather jaw-dropping. Trains of all eras, ranging from the early Meiji Period to present day, crowd the spacious showroom. Most of the trains are open to the public, letting you take a seat in a passenger car and dream of a more luxurious time, examine the engines from underneath, or look at the wiring from above!

At 12pm and 3pm on the dot, a turntable demonstration takes place, allowing visitors to watch one of these beasts effortlessly turn in circles. In the same area is a special room dedicated to Japan’s first shinkansen, started in 1964 to coincide with the Olympics. Here, you can learn the history behind the colors, names, and original design.

Also on the first floor is the free Simulator Hall, where visitors can experience the thrill of driving several types of train in 3-D splendor (steam locomotive at ¥500). Further in the Park Zone, the museum takes a literal turn into cute territory. This is where, with reservation and ¥200, you can operate one of the 10 mini-train cars, modeled after JR East trains, along a track. Nothing is more adorable than watching a tiny Narita Express slowly chug past you, driven by pre-schoolers. If you are unable to get a reservation, there’s always the free, albeit cramped, mini-shinkansen shuttle you can ride. 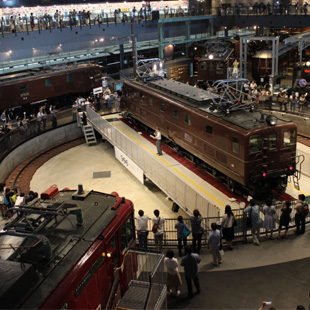 The facilities in the remaining part of the museum are endless. Three “Learning Zones” teach visitors about everything from maneuvering around curves to avoiding collisions. Coupled with tons of models and dioramas, “please touch” experiences, and artifacts stemming hundreds of years, there’s something for even the most jaded of museum-goers. Hours can be spent wandering around the museum, and there’s always train-shaped bentos to supply extended energy.