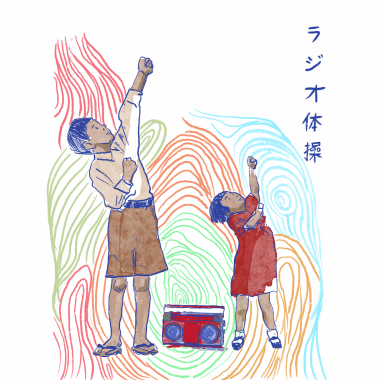 Listen along to the sounds mentioned in this article here.

From the sound of radio taiso (radio exercises) to the 5p.m. chime, Tokyo relies on sounds to keep its almost 14 million inhabitants flowing in a somewhat orderly manner. Once you’ve lived here for a few years, it’s easy to start not just taking your surroundings for granted, but to become completely oblivious to the variety of genius systems that are in place to make sure Tokyo can function and flow. With this in mind, I thought I’d take out my headphones for once and spend some time really listening to the city, learning to better understand and appreciate the complexities of the sounds that make Tokyo tick.

For many of the more motivated Tokyoites (not me), a day begins with the sounds of radio taiso. Radio taiso — officially named National Health Exercises — was introduced to Japan in 1928 by a Japanese postal insurance worker who stole the idea from the U.S. Apparently, it was banned by occupying forces after the war in 1945, but was brought back with a vengeance by NHK in 1951, and has continued ever since. At 6:30a.m. every day, the routine — carried out by a jaunty piano tune and an instructor with way too much enthusiasm for that time of the morning — runs through two different sets of basic exercises totaling around 10 minutes.

A recent survey revealed that over 27 million people in Japan still do radio taiso more than twice per week, but I think I’ll stick to my 9a.m. coffee. However, evidently hell exists on Earth in a small village in Seiyo City, Ehime prefecture, where radio taiso is played over the entire town’s speakers every day at 7a.m., preceded by Bach’s “Suite No.2 in B Minor.”

If there’s a place where automated noises go to die and spend eternity playing in a constant loop, it’s Shinjuku Station. This place makes me realize the sheer amount of sonic activity going on in Japan’s train stations that I’d somehow learned to ignore. Ticket machines declaring their existence, the beep of IC cards hovering over ticket gates, escalators announcing their whereabouts, the arrival of my train and hundreds of departure jingles.

A far cry from the overall brutal cacophony of a busy train station, departure jingles were originally composed by Hiroaki Ide in 1989 to instill passengers with a sense of calm during the most crowded rush hours. Ide went as far as creating melodies with different instruments for each line, making sure that different melodies would harmonize when played simultaneously across multiple lines.

Picking up where Ide left off in 2003, Minoru Mukaiya, former keyboardist for the jazz fusion band Casiopea, went on to compose around 170 departure jingles for stations around Japan. A self- proclaimed tetsudofan (train geek), Mukaiya studied everything from the curvature of the train entering and exiting the platform to the local history and demographics of the stations in order to compose each jingle, using traditional instruments for older neighborhoods and “melodies for the young generation” in student areas. In an apparent bid to make things even harder for himself, he composed each jingle on the Tozai Line to create an entire song in each direction. The flamboyant “A Day in the Metro’’ plays in its entirety from Nakano to Nishi-Funabashi and “Beyond the Metropolis” — its more sensual counterpart — can be heard in the opposite direction.

To prevent train announcements jumbling up and confusing people, a male voice recites information regarding trains heading in one direction, while a female voice is used for the opposite direction. On the way out of subway stations, our ornithologist readers may have also picked up on the sound of a flycatcher, which is used inside stations to guide the visually impaired towards above-ground exits. 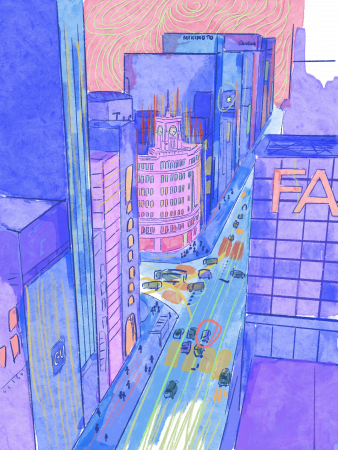 Like most places, pedestrian crossings in Tokyo feature noises that aid the visually impaired to know when to cross but, depending on where you are, you’ve probably caught a snippet of the jarringly gloomy “Toryanse.” An ancient nursery rhyme of ambiguous origin, its lyrics suggest a conversation between a townsperson and a guard of some sort. Like most old nursery rhymes, the lyrics are typically dark and unsettling, so naturally this rhyme is sung by kids all over the country as part of a game similar to “London Bridge.” Two kids link arms and form an arch as the other kids cross under the arch in a line and back again in circles until the song stops. Whoever is crossing under the arch when the music stops is “caught” and out of the game. In the context of an intersection, I guess the idea is to finish crossing before the music stops lest you’re “caught” by police or oncoming traffic.

The two more common pedestrian crossing noises used in Japan — while less historic — serve a practical, navigational purpose distinguished by a “beep-boop” for east-west crossings and a “piyo” for north-south crossings.

Whether you fancy the sonic hellscape of Don Quijote or the blinding fluorescence of 7-Eleven, a simple shopping trip in Japan will likely be soundtracked by the relentless, catchy repetition of a song that will stay with you until your dying days. If you’ve been to Don Quijote even once in your life, chances are you’ll know how to finish the line “Don Don Don, Donki…” and chances are now you’ll be hearing that song in your head for the rest of the day. That tune is called “Miracle Shopping” and is sung by none other than Maimi Tanaka. A famous J-Pop starlet, you ask? Nope, a Don Quijote store employee.

Many stores will also pick up or slow down the pace of their music depending on the time of day to influence the shoppers’ movements through the store, like how “Auld Lang Syne”/ “Hotaru no Hikari” (light of the firefly) plays when stores are closing to coax people out of the door.

YouTuber Histogram recently pointed out that at Ito-Yokado supermarkets, busy cashiers will hit play on “Help!”, a song based on the Beatles track of the same name, in order to summon extra assistance to the registers. For reasons I’m yet to understand, most 7-Eleven stores have recently started to phase out “Day Dream Believer” by The Timers (a cover of a track by The Monkees) in favor of Disney classic “Under the Sea.”

Londoners living in Tokyo might have been surprised to hear the familiar sounds of Big Ben ringing out from schools throughout the day and at 5p.m. in Setagaya. This is because the “Westminster Quarters” tune gained widespread use in Japan in the 1950s. One popular explanation for this is that, after World War II, most of the chimes used in schools resembled air raid sirens which, understandably, had a less-than-calming influence on students and teachers. An inventor who happened to be a fan of BBC Radio, Kunuo Ishimoto, began using the tune in the chimes he manufactured in the mid-1950s and, before long, the tune was playing in most Japanese, Taiwanese and South Korean schools. 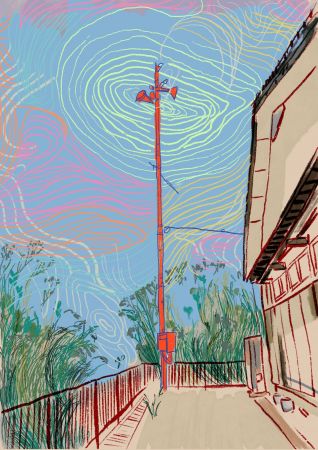 For most in Tokyo, the end of the day is punctuated by the 5p.m. chime. Not everyone hears the same chime though. I live on the border of Setagaya and Shibuya so I get a weird mishmash of both “The Westminster Quarters” chime from Setagaya and the more typical instrumental version of the melancholy “Yuyake Koyake’’ from Shibuya. “Yuyake Koyake” was originally a poem written in 1919 by Uko Nakamura, a poet and school teacher from Hachioji. Nakamura published his poem in a magazine in 1919 and, five years later, Shin Kusawka — a music major from Nagano, wrote music to Nakamura’s lyrics, giving birth to the 5p.m. chime we recognize today and, incidentally, the name of a Hachioji bus stop.

“Yuyake Koyake” and “The Westminster Quarters” aren’t the only two 5p.m. chimes used in Tokyo’s 23 wards. Toshima, Meguro, Nakano and Arakawa each have their own chimes, while Taito and Hachioji share another and Bunkyo-ku flat-out refuses to have one at all to prevent its residents becoming accustomed to the sound, in preparation for any emergencies.

Though originally used to let kids know to return home before dark, the 5p.m. chimes also have the more practical application of testing the local speaker systems. The apocalyptically named Municipal Disaster Management Radio Communication Network is everywhere throughout Japan, and keeps residents informed on anything from disaster warnings to election days and the presence of dangerous animals or suspicious people. I’m just glad I don’t live in one of the areas that use it for a 6a.m. wake up call or 7a.m. radio taiso.

A secondary speaker system is often used in shopping districts to play music from services like Usen Hits Insuto and various ward announcements. If you’ve ever been walking through a shopping district on the weekend and heard a low-fi MIDI version of Michael Jackson’s “Beat It” or a popular anime or J-Pop song, chances are it’s coming from Usen which is — among other things — a music distribution company. There are around 3,000 channels available on the platform but, from what I can tell, most places in Tokyo have theirs set to something like “Exciting Pop Royalty Free.”

After spending the last few weeks “tuned” into my surroundings, I’ve realized how much the everyday noises in Tokyo remind me of the excitement I felt when I first moved here.

In a practical sense, I don’t think Tokyo would function as well as it does without most of the noises we’ve grown to ignore in our day-to-day life. These sounds — in a more emotional/aesthetic sense — help make Tokyo what it is. No matter where you live, the more you pay attention, the more interesting your environment becomes. There’s usually a lot more than meets the eye (or ear).

Listen to the sounds of Tokyo here: