‘The Wilds of Shikoku’ by Peter Orosz

A psychogeographical masterpiece on Japan’s wilderness

Following in the footsteps of Alan Booth, which is no mean feat, Peter Orosz has managed to produce one of the most intriguing and beautifully produced psychogeographical books about Japan in recent memory. Booth, one of the greatest writers about Japan who sadly passed away in 1993, captured Japan during the 80s economic boom and through his substantial journalism and travel books, such as the seminal “The Roads to Sata,” has subsequently became one of the foreign voices on the country alongside his peers Donald Keene and Donald Richie.

Orosz’s “The Wilds of Shikoku” details the Hungarian’s 500km-walk across one of Japan’s most remote and unpopulated islands and along the way pens some of the bleakest and most beautiful moments of travel journalism about Japan. With photography by Orosz and Gyula Simonyi, and ornate and delicate design by Akos Polgardi, “The Wilds of Shikoku” is a must for any fans or devotees of travel journalism focused on the archipelago. 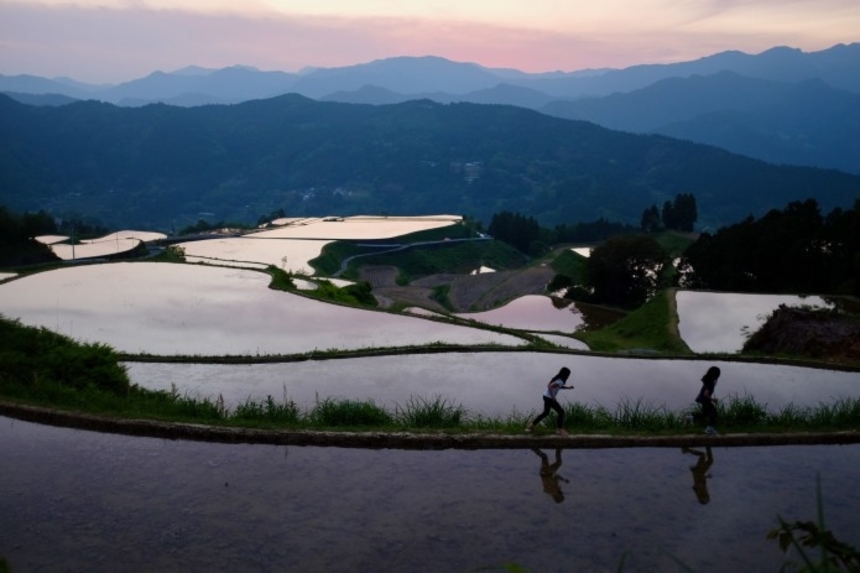 Orosz has a certain way with words which resembles the journalism of his spiritual senpai Booth, but also British writers such as Geoff Dyer and Will Self. Some of the passages in “The Wilds of Shikoku” are sublime and describe, perfectly, the spiritual desolation and the existential questioning of such an arduous journey on foot:

“My skin itchy and my hair matted, I walked on the embankment next to a long line of grey houses, and turned south where the Yaochi ran into the Hijikawa, whose flat, black waters reflected the keep of Ozu Castle. A cold rain fell on my shoulders when I sank into a pool of the first public bath I had seen for days. Afterwards, I slept on the porch of a shrine, and the rain fell all night — a wonderful smell, a wonderful sound. In the morning it fell on, and I wrote letters which curled up in the damp air.”

Orosz’s journey is epic in scale and moments of joy or clarity are few and far between. They come in spurts when eating in local restaurants or receiving generosity from locals, much like Booth, who described his similar epiphany in one of his funniest passages as, “Everything on earth looks better after two bottles of beer and an eight-inch sausage.”

In the same vein as Richard Brautigan who captured the wilderness of San Luis Obispo in California or Robert McFarlane’s search for the waning wilderness of Britain, Orosz is one of the most original and captivating writers about Japan — a country he clearly loves and a land which he finds insatiable. The Hungarian is already on his way to being considered one of Booth’s literary successors and one of the most captivating travel writers of recent times.

Purchase a copy of “The Wilds of Shikoku” here.